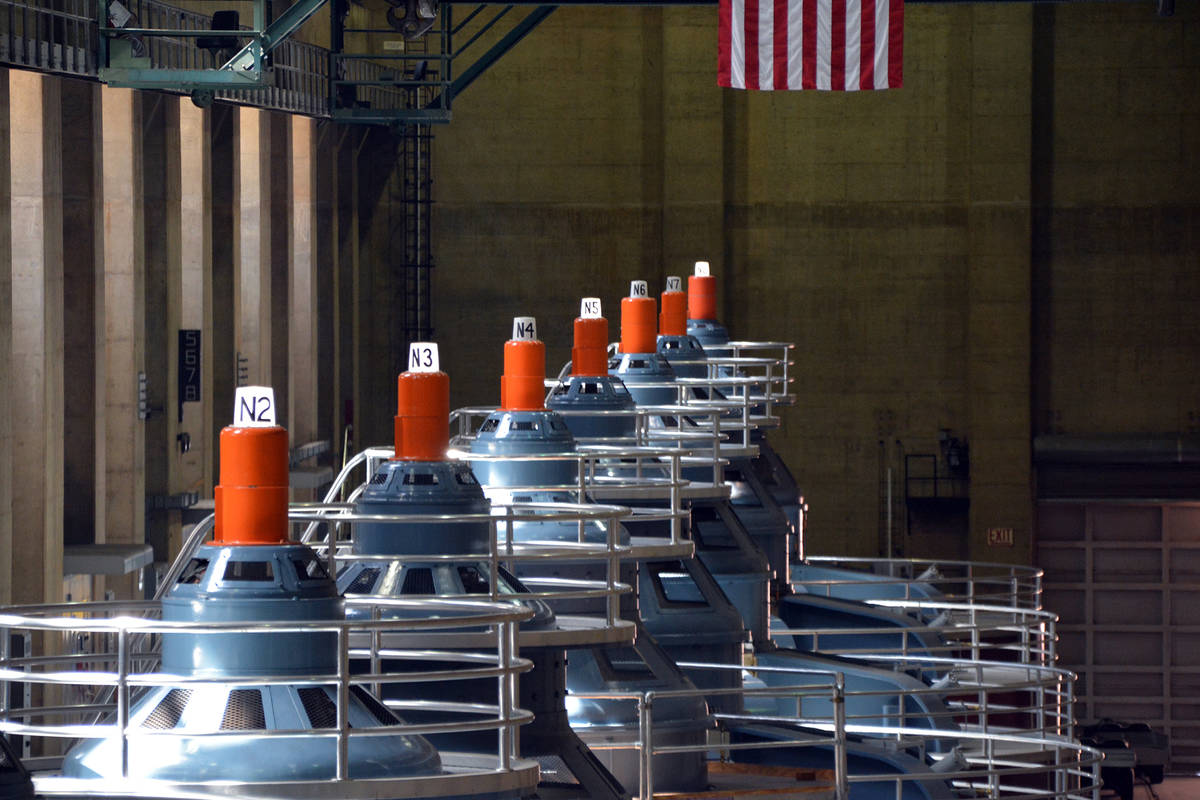 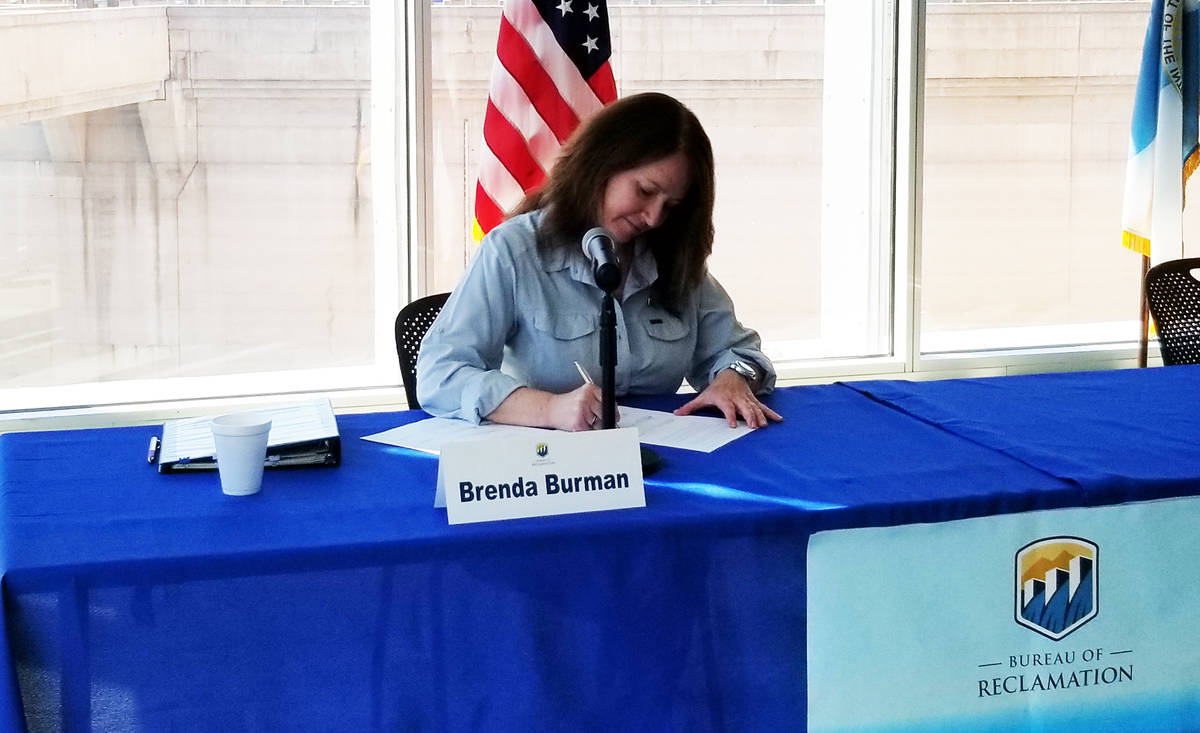 Celia Shortt Goodyear/Boulder City Review United States Bureau of Reclamation Commissioner Brenda Burman signs a memorandum of understanding Monday, Aug. 24, between the bureau, Department of Energy and U.S. Army Corps of Engineers for committing to provide hydropower to the country. 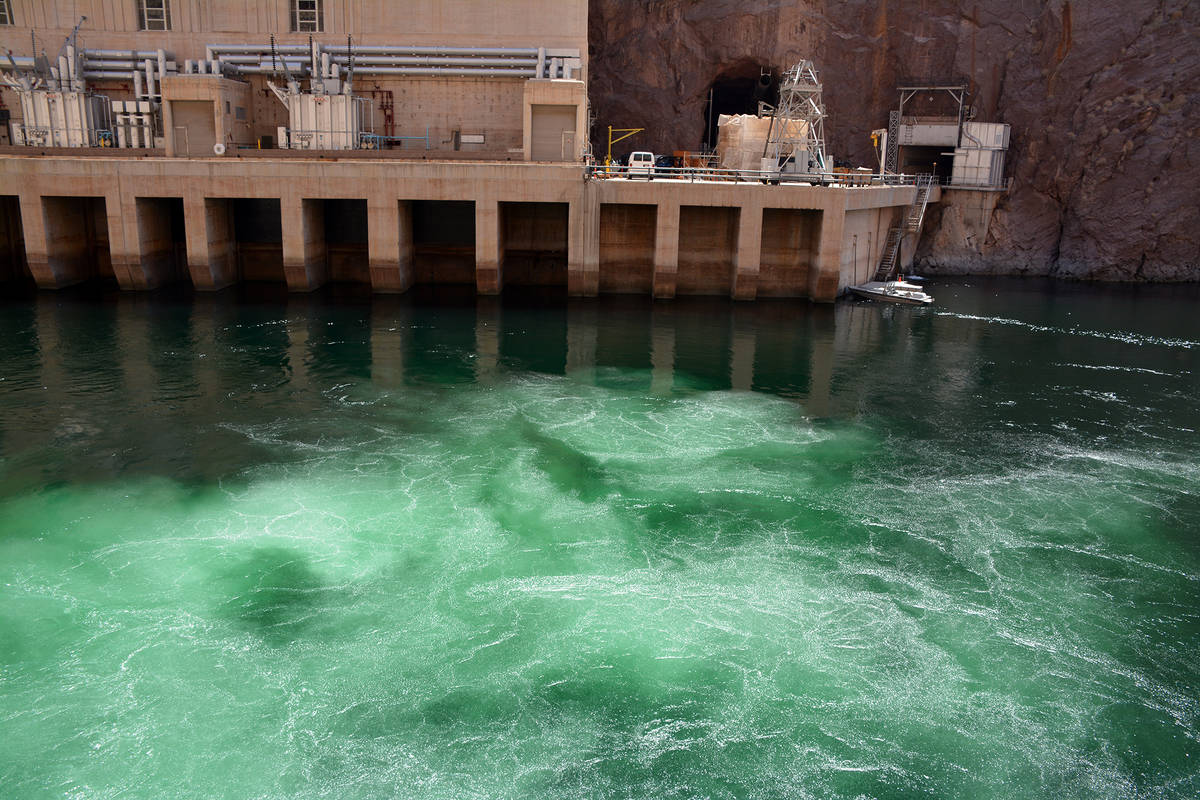 Celia Shortt Goodyear/Boulder City Review Water at Hoover Dam bubbles to the surface as generators on the Nevada side create power. 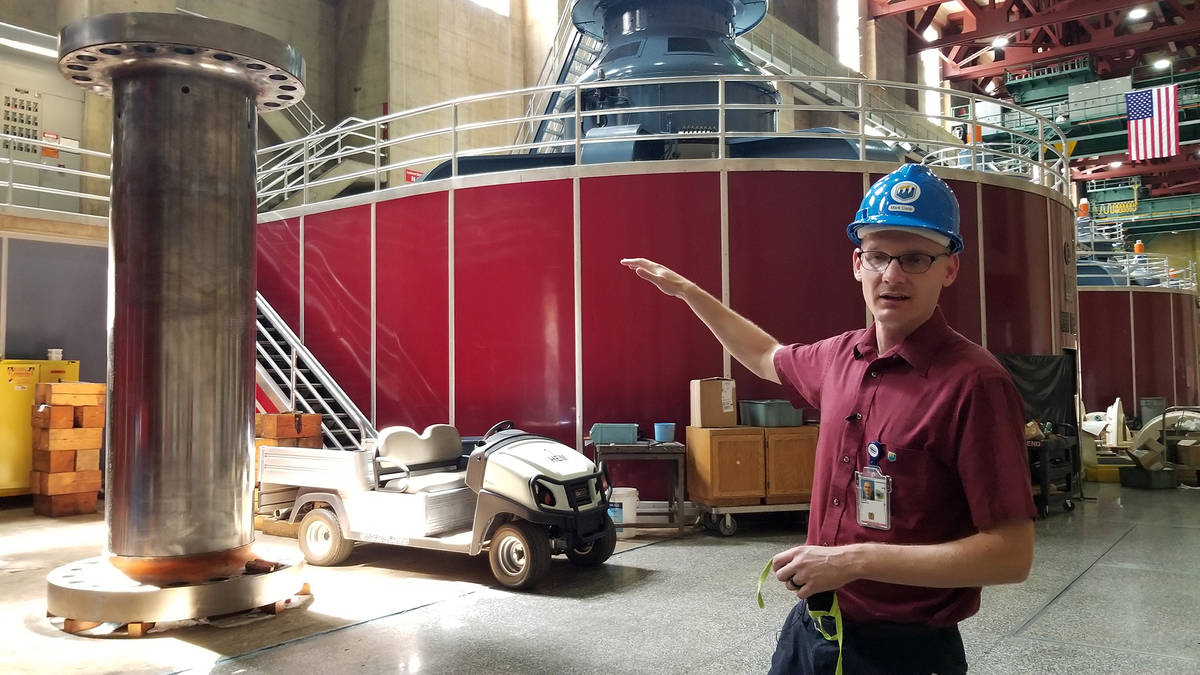 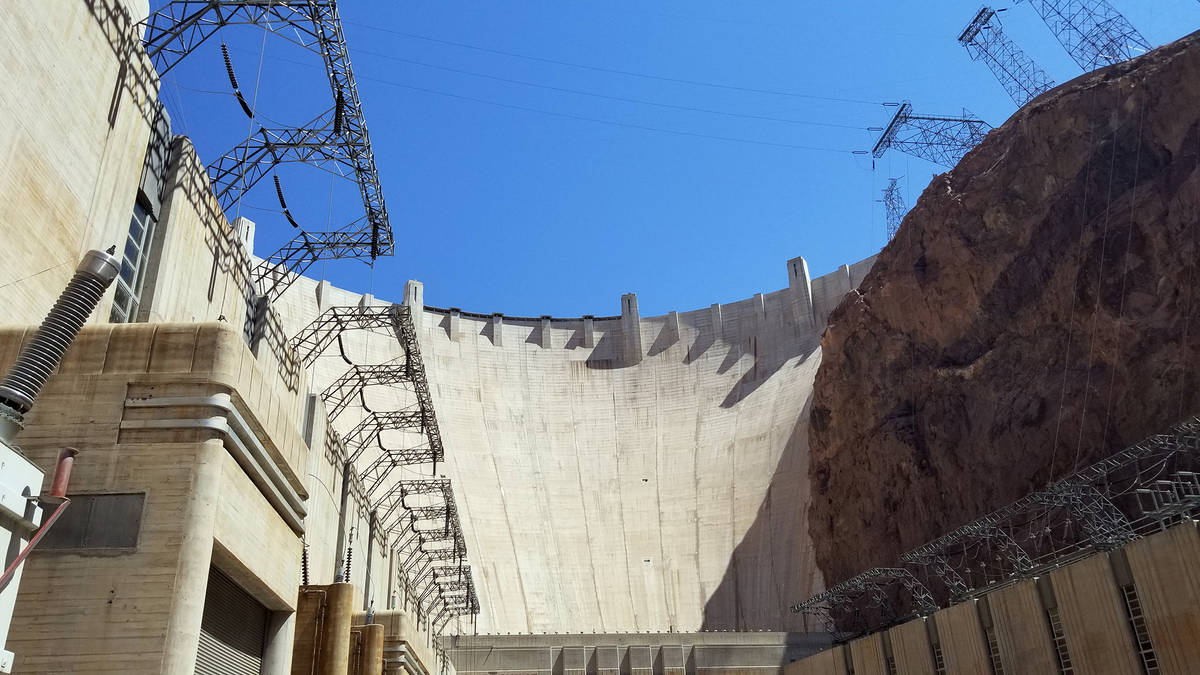 On Monday, Bureau of Reclamation Commissioner Brenda Burman, Assistant Secretary for the Office of Energy Efficiency and Renewable Energy Daniel R. Simmons and Principal Deputy Assistant Secretary of the Army (civil works) Ryan Fisher signed a memorandum of understanding committing their agencies to work together to make clean hydropower for the generations to come and invest in its future workforce.

Simmons said an important part of the agreement was investing in hydropower workers.

“We always need to have a new, upcoming workforce to work on hydropower,” he said.

Burman said Hoover Dam showed the country what human ingenuity can do, but in the 21st century “we need to continue to invest in resources.”

“We work together all of the time to make sure our resources are the best we can be,” she said.

“This MOU is about collaboration as much as it’s about hydropower,” Fisher said.

During the ceremony they also discussed the top priorities for hydropower and how the pandemic has affected them.

Fisher said the U.S. Army Corps of Engineers is still working on modernizing the infrastructure of facilities. One issue the agency has had is obtaining public input on projects. Because of gathering limitations due to the pandemic, public input events have moved online.

“We’re not losing any time,” he said. “It’s just a different environment.”

Burman said other priorities include maximizing the value of hydropower and being cost-effective with it. Additionally, she noted that throughout the pandemic there has not been any stoppage of water.

“When the sun goes down or the wind stops blowing … hydropower is there,” she added.

Simmons said some of the Department of Energy’s research has slowed down because it has to limit the number of people on site at laboratories, but the production of power has gone “very well.”

Hydropower Memorandum of Understanding by Boulder City Review on Scribd