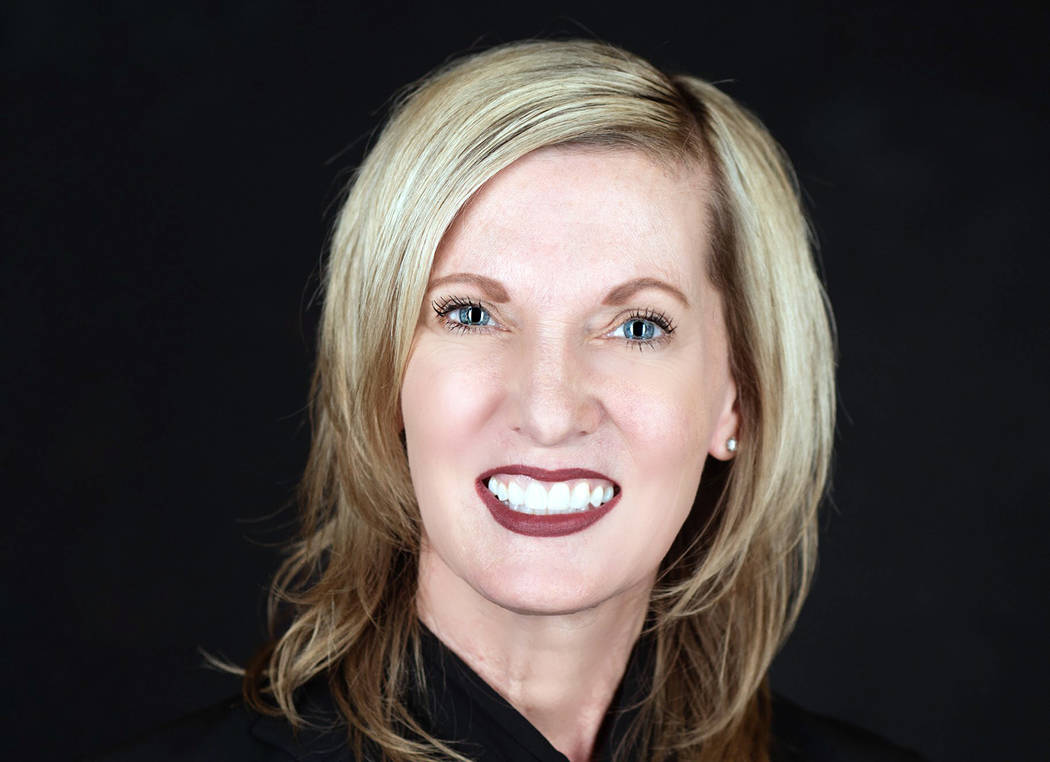 Graduation is usually about students leaving school and moving on, but at this year’s ceremony one administrator is coming back to Boulder City High School after a 30-year absence.

Jill Pendleton, a member of the class of 1989, is the new school associate superintendent for the region that includes Boulder City.

“I am very excited to be working with Boulder City schools,” she said.

Pendleton moved to Boulder City in fifth grade and attended Mitchell Elementary School, Garrett Junior High School and the high school. This year’s graduation ceremony May 23 will be her first time back at the school since then.

“I think it’s going to be a special moment … standing with the class of 2019, having graduated literally 30 years prior that on that football field and shaking their hands as they graduate,” she said. “I’m really looking forward to it. I just feel honored and humbled to be a part of it.”

Boulder City High School Principal Amy Wagner has worked with Pendleton before and is looking forward to having her at graduation.

“I am excited to be able to continue to work with Jill and to hear her insights about BCHS as she is a former graduate,” she said. “This year’s graduation will be memorable because the last time she was on our football field was when she graduated from high school. As high school principals, we have worked together on many projects and we have served on the NIAA (Nevada Interscholastic Athletics Association) Board of Control for the past couple of years.”

While in high school, Pendleton said she was a very involved student. She said one of her favorite parts about BCHS was that it really felt like everyone at the school was a family. She also enjoyed the focus on academics.

“I really had a wonderful time. … All my friends were involved in school activities but still academically focused, ” she said. “It was cool to take the harder classes.”

After graduating from BCHS, Pendleton went to Dixie College in St. George, Utah. From there she transferred to the University of Nevada, Las Vegas, where she received her bachelor’s degree and later a master of arts in educational administration. She taught biology and chemistry at Basic and Foothill high schools before becoming an administrator.

To introduce herself to the community and give an update on the schools, Pendleton attended the April 23 City Council meeting with Karla Loria, regional superintendent.

Pendleton said that growing up in Boulder City and being an educator in larger schools gives her a better understanding of the unique, local challenges.

“So it will be my challenge and my job to help support all our students … here in Boulder City,” she added. “I have a vested interest in the community and will do my best for those growing up in Boulder City and their families.”

Also, she said she is looking forward to coaching and supporting principals with bringing rigorous course material and a well-rounded education to every student.

“She is dedicated to the Boulder City community and wants the best for the students and staffs here,” said Garrett Junior High School Principal Jamey Hood, who served with Pendleton through the school district’s administrative association.