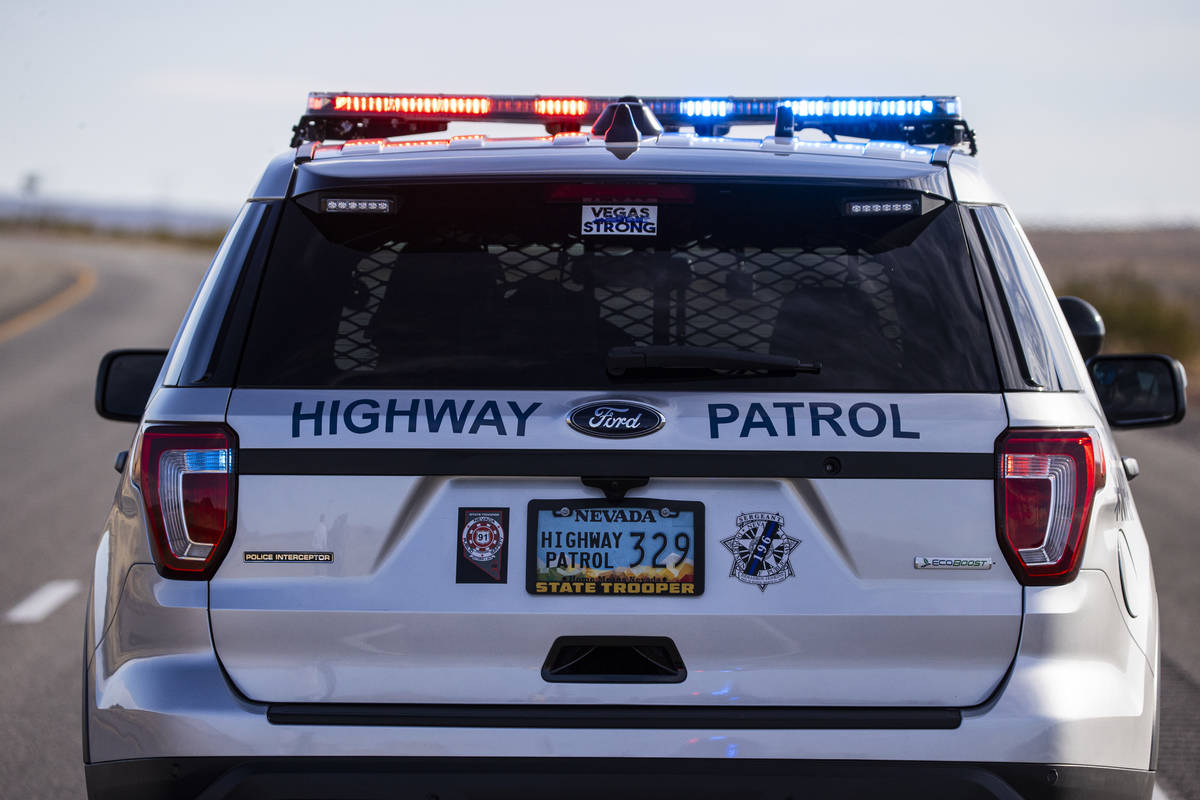 (Chase Stevens/Las Vegas Review-Journal) Overall, 2020 saw more fatal crashes than 2019, despite a 78-day shutdown of all the hotel-casinos in the state.

Despite a 78-day shutdown of hotel-casinos in the state and many people working from home, 2020 still has seen more fatalities on state roads than 2019, according to Andrew Bennett, Nevada Department of Public Safety spokesman.

Unofficially, there have been 305 fatalities on state roads this year, surpassing 2019’s total of 304. This puts the momentum heading in the wrong direction, as 2019’s total was a 14 percent reduction from 2018’s road fatality count of 324.

As the pandemic’s effects began to be felt in the state, there was a 39.13 percent decrease in fatal crashes in March and a 44.44 percent year-over-year decrease in May. But fatal crashes spiked in the following months.

“We were definitely heading in the right direction, especially after how we ended 2019,” Bennett said. “November and December of 2019 were rather horrific (63 total fatalities), so we were glad to see that course direction (early in 2020). But then people definitely took advantage of the open roadways.”

Bennett is really troubled with the amount of deadly crashes involving those not wearing seat belts. Through the end of November, there were 70 deaths on state roads as result of unrestrained vehicle occupants, up 43 percent from the same point last year, when 49 deaths were attributed to unrestrained occupants.

“We’re really going to have to start focusing on seat belts,” Bennett said. “We were really disappointed to see an increase of unrestrained fatalities. We thought in 2019 we were heading in the right direction, but we’re at a point where half of our occupancy fatalities are unrestrained at the time of a fatal collision and that truly is unacceptable. Seat belts are the number one thing that can save your life.”

The state saw an increase in traffic fatalities in rural counties almost across the board for the first time this year, which played a major role in the fatal count surpassing last year’s total, Bennett said.

After dubbing 2020 the “worst year ever,” the Department of Public Safety is going to further its efforts to educate the public and target specific driver behaviors in 2021 in hopes of reducing fatal crashes.

The department will continue its increased DUI patrol, with its DUI Strike Team — consisting of Nevada Highway Patrol troopers and Metropolitan Police Department officers — notching 1,299 arrests through Dec. 24, according to Bennett. The team has made over 2,500 arrests in its first two years.

“We plan to dramatically expand the DUI Strike Team,” Bennett said. “That’s been an extremely successful endeavor. They’re currently up 20 percent from where they were this time last year in DUI arrests. Unfortunately, people continue to make the decision to drive impaired and we’ll have to continue to hold people accountable through enforcement.”

State law enforcement will also increase targeted enforcement of speeding drivers and will work with engineers to target any problematic roads in the state.

“We’re putting a plan into place of the next four years that heavily identifies reducing speeds and speeding in the state,” Bennett said.

In the end, individual drivers must take account of their own actions and think about what impact a fatal crash can have on them, their family and friends, Bennett said.

“This can happen to you; traffic can affect your family,” Bennett said. “We have to take that collective approach and really approach this as a community issue.”

Although the department’s vision is to not have any fatal crashes in the state, “unfortunately that goal will probably only last a day or two into the new year,” Bennett said.