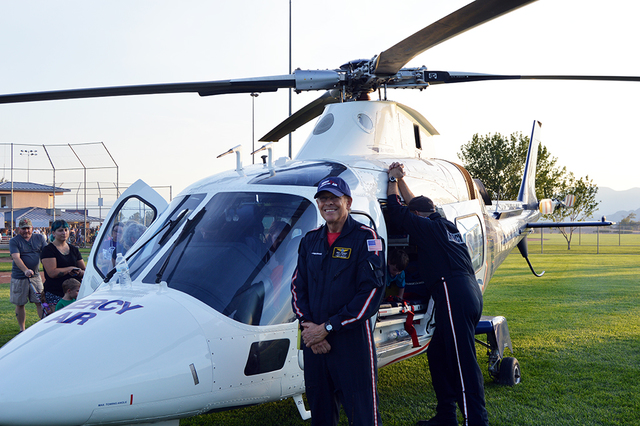 Boulder City’s annual National Night Out softball game will be here on Tuesday, Aug. 1, and everyone is invited to attend.

National Night Out is a yearly campaign to strengthen the bond between police and communities through the country, said Boulder City spokeswoman Sue Manteris.

“This year, like last year, the game will be played as cops and fire vs. Boulder City High School alumni baseball players,” she added. “It’s been hard the last couple of years to find enough players when it was police vs. fire, so now the police and fire team is combined.”

“There will also be law enforcement officers from other agencies with their cars, SWAT vehicles, boats, etc, to interact with the people who visit our National Night Out event,” said Vanessa Ward of the Boulder City Police Department.

“It gives the public the opportunity to talk to officers in a less official capacity and get to know them in a relaxed and fun environment, with not only Boulder City officers but police from jurisdictions throughout Southern Nevada,” added Boulder City Police Officer Jen Wolsey, who helps organize the event.

The festivities run from 6 p.m. to 9 p.m. at Veterans Memorial Park at 1650 Buchanan Blvd. in Boulder City.