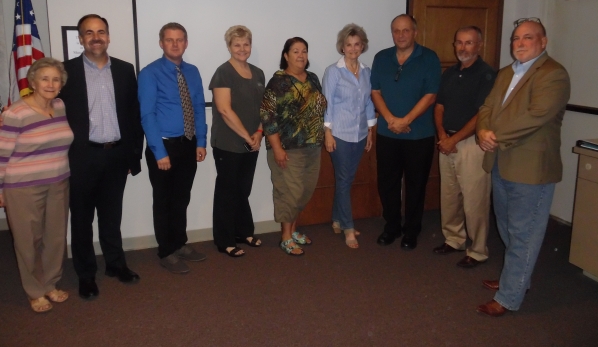 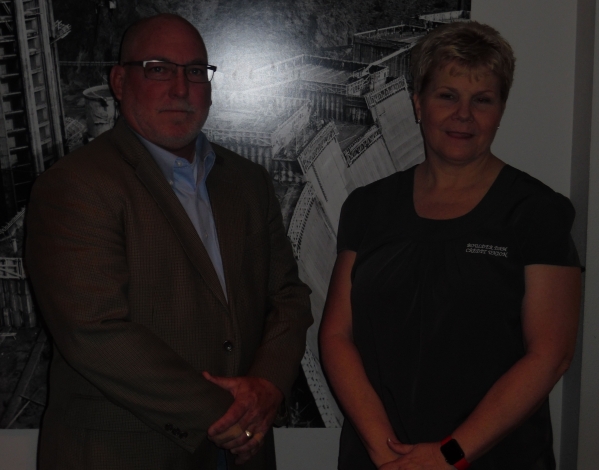 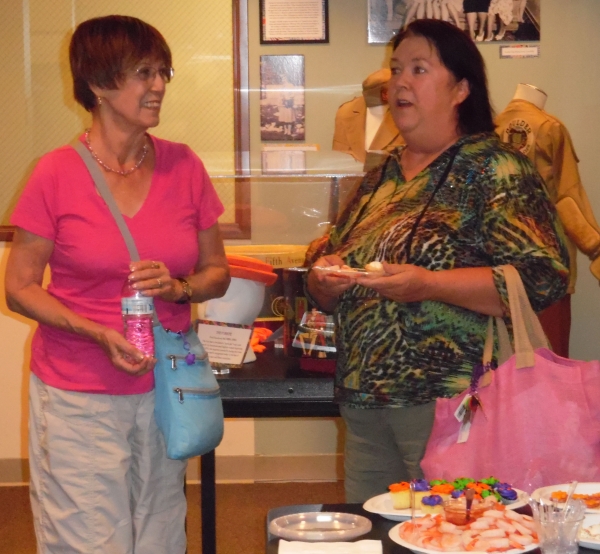 Association chairman Bret Runion started the meeting with a discussion about the remaining mortgage on the building.

“Over the last few years, we’ve been focusing largely on getting the mortgage paid down,” Runion said. “We are going to continue to work on paying it off. We’re hoping to get it paid off here in a reasonable amount of time.”

Leslie Woodbury, who heads museum development, said that $5,000 was put toward the mortgage debt this past fiscal year, with additional $15,000 spent on improvements to the facility.

The association received $65,000 in grants from by the city and received another $10,000 from the county. The investment income was generated by the hotel and goes directly back into the museum.

“(Some) of the donations went toward building improvements,” Woodbury said. “Stabilizing the building, rebuilding windows and reconfiguring downspouts so that the water runs off the building the way it’s suppose to. We also painted it, changing the exterior color of the building so the paint will last longer.”

According to Woodbury, most of the building improvements came from the Giroux family, who donated time and money on masonry, gutters and cleaning.

Woodbury also highlighted some of the improvements made to the property that were donated, including 90 percent of the landscaping by Urban Jungle, such as artificial grass on the west side of the hotel, and a new roof, that will be installed by homebuilder Randy Schams in the coming months.

Facilities Manager Isaac DeWolf also spoke about some of the renovations and remodeling projects at the hotel, including installing wireless Internet.

According to DeWolf, the hotel now has Internet that’s double the speed of any hotel in the Las Vegas area. “Ten times fast downloads and six times faster uploads,” he said.

Also, 32-inch high-definition televisions were added in every room, as were reconditioned rotary-style phones.

As for future projects, DeWolf said electrical rewiring and plumbing zones still need to be added to the remodeling, and in order for that to be done, the hotel will most likely close for two days.

“We just need a new electrical board,” DeWolf said. “Ours is maxed out and we need people to come in and rework that.”

General manager Roger Shoaff discussed museum activities during the past year, as well as collections and hotel operations moving forward.

According to Shoaff, admissions saw the greatest rise while cost of goods sold saw the steepest decline.

Admissions were up 55 percent, coming in at $20,850 while goods declined 46 percent. In all, Shoaff estimates that over 29,000 people visited the museum and hotel in the past fiscal year.

Volunteer hours for the nonprofit museum came in at 1,188 for the 18 volunteers on hand, who work in positions such as archives, education outreach and event assistance.

The future looks bright, according to Shoaff, whose museum and hotel has been rated No. 1 for seven straight years by Trip Advisor. The property has received a certificate of excellence every year since 2010, and was inducted into the travel website company’s hall of fame.

Since 2009, in the middle of the economy crash, the hotel room revenue has climbed every year, according to Shoaff. Last year, the hotel brought in $496,000 and Shoaff says they’re on track to be 10 percent over for this fiscal year.

The final discussion of the night was introducing the museum’s new audio walking tour. Boulder City visitors will be able to call a phone number listed at each site, or for those with smartphones scan a bar code for pictures, to receive a three-minute audio history at each of the tour’s 10 stops.

“The 10 spots bring people past all of (Boulder City’s) little shops, our restaurants and all those things,” Shoaff said. “People that visit museums spend about $55 dollars a day; that’s the national average. So, if 200 people spend $55 dollars a day in Boulder City walking this tour, that’s $11,000 a day.”

New board members, Lynel Fenton and Shawn Fleming, were elected at the meeting, as Runion, Jennifer Sheldahl, director, and Mariola O’Brien, treasurer, are leaving.