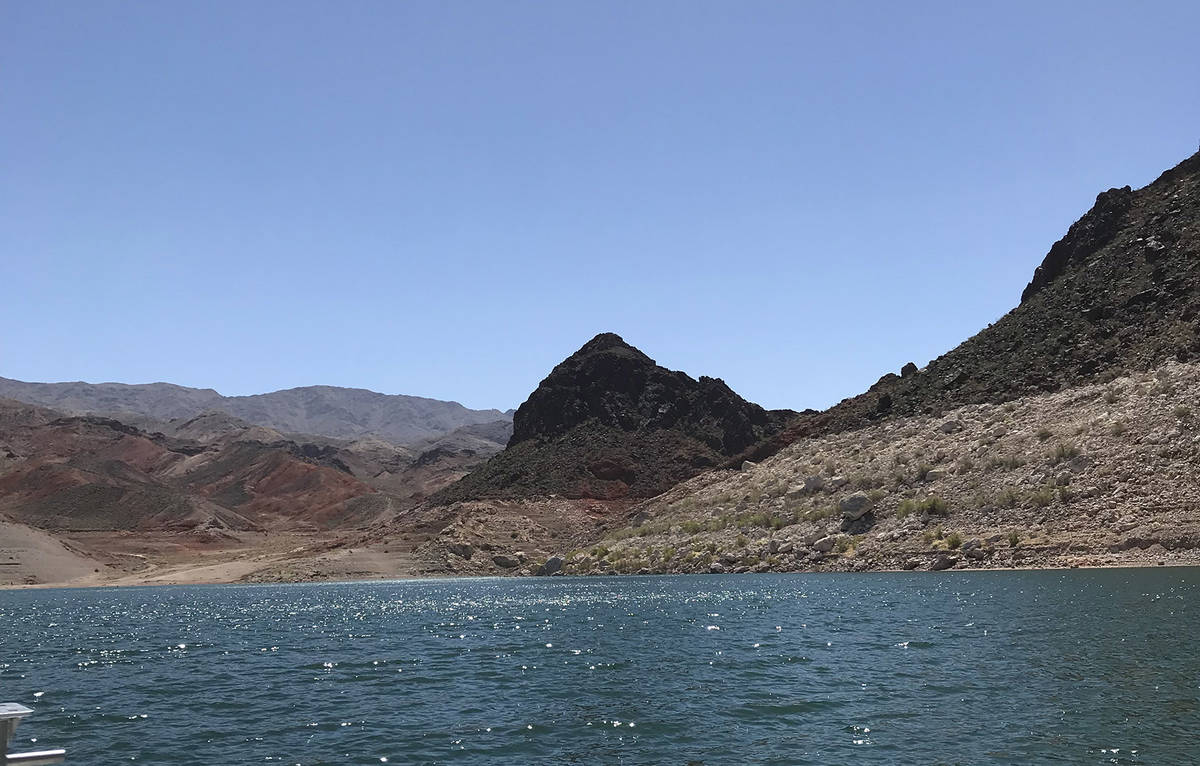 The Southern Nevada Water Authority is proposing a pipeline in the Eldorado Valley that would take water from Boulder City's evaporation ponds to Henderson where it would be treated and put back into Lake Mead. Mayor Kiernan McManus thinks the purpose of the project is bring large scale development to the area.

A possible Southern Nevada Water Authority project in the Eldorado Valley could increase water efficiency in the region, but Boulder City’s mayor said he thinks it’s actually a way to bring large-scale development to the area.

A citizen’s advisory committee from SNWA, a cooperative agency created in 1991 to address regional water needs, is proposing the Boulder City Wastewater Pipeline project, which would move the town’s wastewater through a new 6-mile pipeline to Henderson’s wastewater facility. The water would then be put back into Lake Mead for return-flow credits. Currently, that water is being sent to evaporation ponds in the Eldorado Valley.

As proposed by the Integrated Resource Planning Advisory Committee, the pipeline would be installed and paid for by the water authority.

Mayor Kiernan McManus said the purpose of this project is actually to allow local large-scale development and not to help the community.

“It is clear to me that the project being proposed is not with the intent to reclaim the water but is actually for the purpose of supporting rapid development of the Eldorado Valley below Railroad Pass,” he said. “What is even more concerning to me is the stated intent of the SNWA to force changes to the conservative growth policies that have benefited Boulder City for decades.”

Bronson Mack, public information officer for the water authority, said this project is not being done to “benefit or support development in the Eldorado Valley.”

“Rather, this project is being driven by Southern Nevada’s ongoing efforts to increase water efficiency, expand effective water-conservation strategies and maximize the use of Southern Nevada’s limited water resources,” he said.

He said the proposed pipeline would only accommodate the current flow of water to the evaporation ponds. It would not allow for the increased amount of water needed for development.

Public Works Director Keegan Littrell said the city typically discharges “about 700,000 to 800,000 gallons per day to the ponds.”

“Boulder City is the only SNWA member agency that does not return its treated wastewater flows back to the Colorado River … . It’s through this community-wide water reuse process, known commonly as return-flow credits, that Southern Nevada sustainably stretches its existing water resources, and this project is part of that renowned strategy,” Mack said.

The return credits allow for the SNWA to receive a gallon of drinkable water from Lake Mead for every gallon it puts in. That water is then used by all of the region, including Boulder City, one of the authority’s seven member agencies.

Councilwoman Claudia Bridges is the city’s representative on the SNWA board. She said development has not been a part of the proposed pipeline project.

“I’m for it. … I believe it would be a very good thing for Boulder City,” she said.

Bridges said the project has been talked about for “some time” and nothing has ever come from it. She also said she had the sense other people on the board had the impression that some of Boulder City’s leadership did not support it.

McManus said he had a meeting “months ago” with Clark County Commissioner Jim Gibson, a board member, and John Entsminger, SNWA’s general manager.

“There were several things being discussed,” McManus said. “Some seemed favorable. Some did not.”

According to Mack, the project will be presented to the water authority’s board in the coming months.

“This project is in a conceptual phase, recommended by the SNWA’s citizens advisory committee, IRPAC, earlier this year as a project that could improve water efficiency for Southern Nevada,” he said. “Given the pandemic’s impact on the community, the SNWA board has not yet reviewed or considered IRPAC’s recommendations. They will likely do so, however, later this fall.”

McManus said additional water treatment is not necessary because the wastewater is “already being treated well enough” to go back into the Colorado River.

Boulder City Utilities Director Dennis Porter said the current treatment plant can only meet the minimum requirements for the water to be discharged into the ground.

“We would have to construct a new wastewater treatment plant capable of treating to a much higher tertiary level in order to remove nutrients and meet water quality standards in Lake Mead/Colorado River,” he said.

“Any wastewater being put in the lake would need to be treated,” added Littrell. “We aren’t capable of that level treatment right now without investing a large amount of money into our plant.”

McManus said this proposed project is an attempt by SNWA to bring unwanted changes in Boulder City and that he will continue to oppose those changes.

He also said Bridges showed a “lack of awareness and knowledge” in regard “to important local issues” which “may also be a factor in such unwanted changes being forced upon the residents of Boulder City.”

Additionally, he said Henderson has opposed this type of “waste-water infrastructure” twice before.

“We did consider what infrastructure would be required for annexation, including fire and police stations, parks, schools, roads and water/wastewater,” she said. “However, the applications did not proceed and the discussion did not progress beyond a conceptual phase.”

Richards also said Henderson has two wastewater facilities. Both are operating within capacity and there is no current proposal to expand either of them.

Not all of Boulder City’s wastewater is sent to the evaporation ponds. Some is sold to mitigate dust during solar project construction.