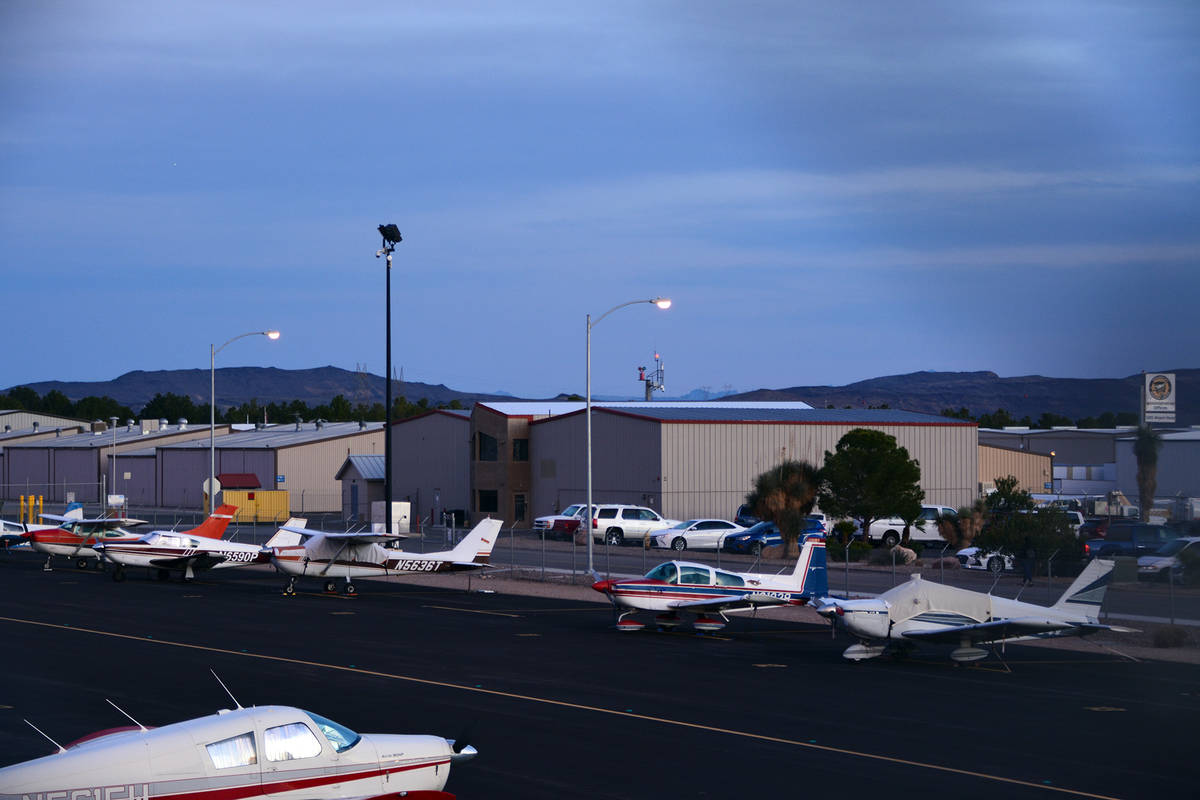 A man who holds leases for several hangars at the Boulder City Municipal Airport was trespassed from the site after having hangar doors removed.

A hangar owner at the Boulder City Municipal Airport was told he could not be on the property despite having six hangars there because he allegedly deprived the city of benefits from his lease.

Saturday, May 9, morning, Rob Martin said Boulder City police were called to the airport because he was “choosing to take down” hangar doors.

“There is nothing in my lease that says I can’t take them down,” he said.

According to City Attorney Steve Morris, the airport hangars were constructed on city property under a lease agreement and the city maintains a reversionary ownership interest in them.

He also said Martin had publicly talked about removing the hangar doors and had “apparently attempted to make good on his threats.”

“As a result of Mr. Martin’s admitted plan to unlawfully deprive the city of benefits under the lease, I have been informed that Mr. Martin was trespassed from the airport, and if he desires access to his hangar or airplane, he must be escorted by airport staff,” Morris said.

Martin also said he was originally told that he could not fly his plane without the city’s permission, which was later amended.

According to Martin, Airport Manager Willy Williamson showed him a text from Morris, who was on the phone with him the entire time Martin was at the airport Saturday, May 9. The text said Williamson was to call the police if Martin showed up.

Martin said he doesn’t understand how he can be cited for trespassing when he legally is allowed to be on airport property because he holds several leases.

He also said he intends to file a complaint with the state bar association because he believes Morris violated his duties by directing police to remove him from the property instead of filing an injunction to enforce the lease.

Additionally, Martin said he saw city parks department employees removing the doors from his hangars and wanted to file a police report about them being stolen but was told he could not.

“The police were refusing to take a report; they were saying the doors were not stolen because the city took them,” he said.

“Mr. Martin has been given the opportunity by airport management to mitigate the damages he has caused the city by having his contractor replace the hangar doors that Mr. Martin removed no later than this Friday (May 15) by 5 p.m.,” Morris said. “The city looks forward to Mr. Martin’s complete cooperation in this regard.”

According to section 3b of Martin’s lease, all the buildings and site improvements shall be maintained and in good, usable condition at all times. Additionally, section 40 of the agreement says that the tenant “agrees to yield and peaceably deliver possession of the lease site” to the city on the termination date and that the “ownership and title to all the tenant-owned permanent hangars and all other improvements” will be given to city on that date.

During public comment at the Jan. 23 City Council workshop about the airport, Martin said the city owned whatever was left at the site and he guaranteed it would be a “mess.”

Martin also said he had sent a memo to council members saying he would start taking all the hangars’ doors off and possibly take the hangars down, too.

Martin’s lease for the hangars expires July 2, according to city documents.