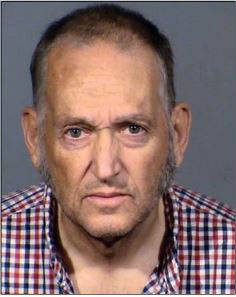 A Boulder City resident accused of groping a disabled person during a car ride has agreed to plead guilty to a gross misdemeanor charge.

Shapiro will appear in court at 10 a.m. Oct. 17, when sentencing or any other negotiations will be handled. If he successfully completes the sentence given to him, his charge will be reduced.

According to the criminal complaint filed in Henderson Justice Court, Shapiro was given a ride home after a church function and groped the genitalia of a disabled 23-year-old man over his pants. He was arrested at home Aug. 17 and taken to the Clark County Detention Center, where he remains.

According to a report, Boulder City police were notified in March by attorney Jeremy Miller, who was hired to represent the Church of Jesus Christ of Latter-day Saints in the matter. He said that Shapiro did not currently have contact with the alleged victim and that when the church found out about it, leaders assigned a chaperone to Shapiro for events at which he and the victim were present.

Miller also said that the encounter was isolated and there had been no other reports of this type of behavior between Shapiro and the victim or others. Also, he said Shapiro “adamantly denied that the incident had ever occurred.”

According to Boulder City Police Detective Brett Wibrew’s narrative, the case was forwarded to the Clark County district attorney’s office after he interviewed Shapiro because, although Shapiro denied the allegations, he did admit to kissing the victim on the lips. Shapiro also told Wibrew that his bishop had told him about the victim saying he had done something inappropriate to him.