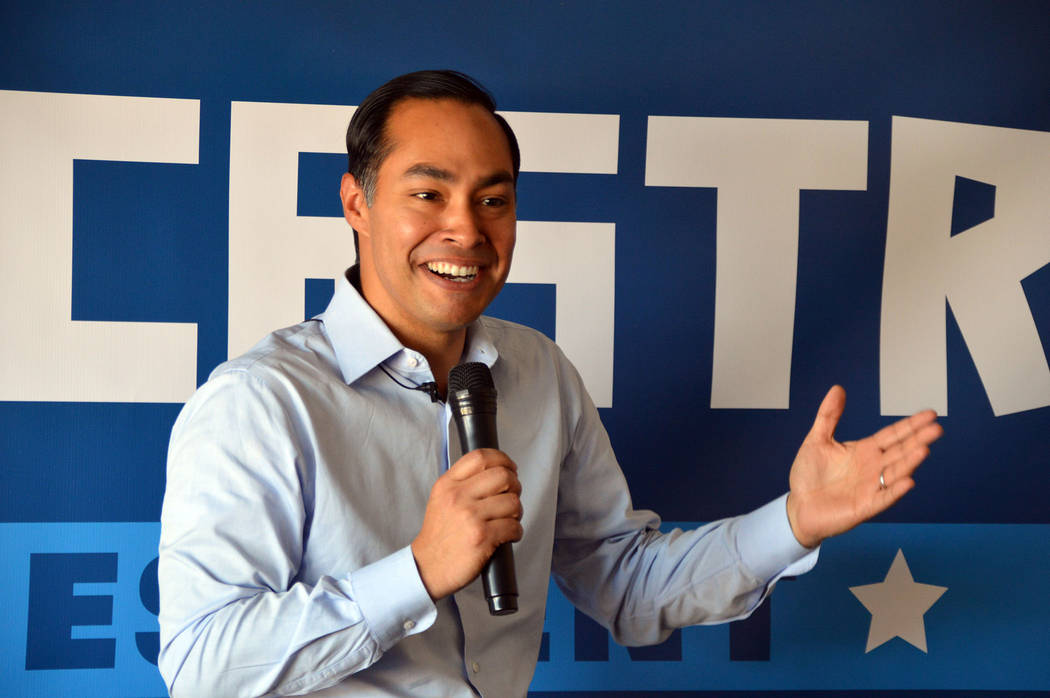 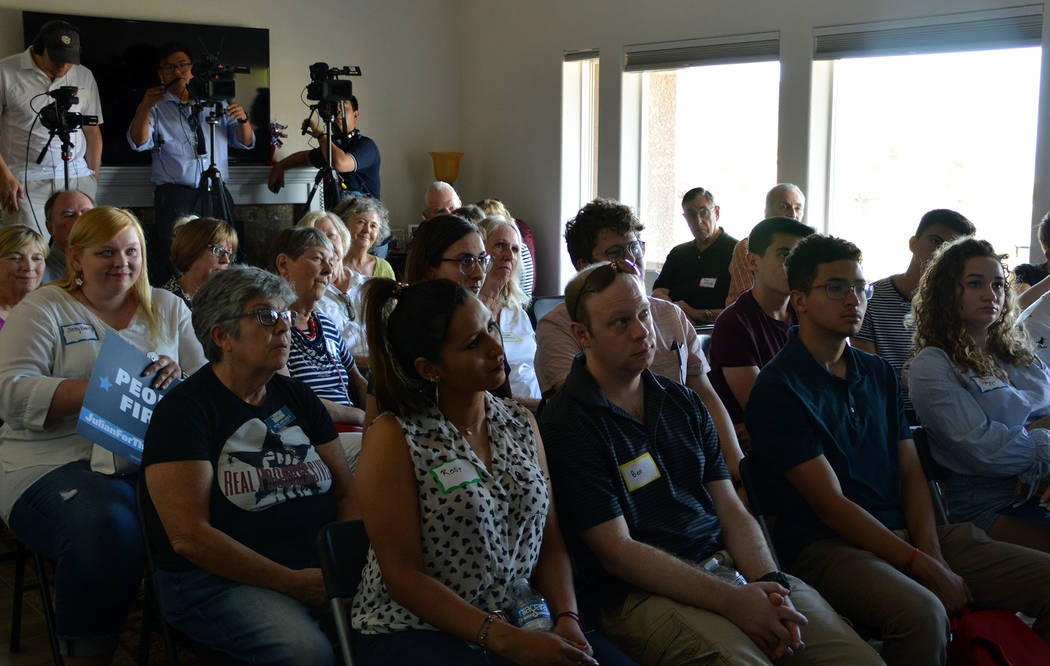 On Friday, Julián Castro, former Secretary of Housing and Urban Development, spoke before a group of about 50 people at a private residence.

Among those attending was Boulder City resident Lynne Jordan, who said she appreciated “being able to see one of the candidates in an up-close and personal venue.”

She said she previously had seen Castro only in small “sound bites” on television and didn’t know much about his positions on many issues.

“To see him and hear him speak fully gives me a more complete picture,” she said.

“I believe you cannot make an informed decision if you don’t inform yourself.”

She said she feels it is worth her time to invest in learning more about the candidates, especially if they are willing to invest their time in coming to Boulder City.

She said she found Castro to be very educated and understanding of issues facing small businesses, which is something she feels is essential for the nation’s next leader.

“I will continue to check out his website as he unveils more policies,” particularly tax plans for small businesses, she said.

During his talk, which lasted about an hour, Castro focused on his plans to unify the nation and make it the smartest, healthiest, fairest and most prosperous country by putting people and their needs first.

“I got to see during that time, not only how communities big and small are grappling with housing, that was obvious as the secretary of housing, but everything that’s connected to that. The fact that where you live often determines the kind of job opportunities that are available, what kind of education your kid is able to get. Folks in small towns and rural communities will know that where you live often determines the kind of health care that you have access to because a lot of rural hospitals are closing or closing parts of their services. … It affects … whether you can get something as simple as clean water. And I’m running for president because I believe we need new leadership with a new vision for this country. … We need to move forward as one nation with one destiny,” he said.

Among his ideas are creating opportunities for children to start their education earlier, reduce students’ debt for attending college and creating more trade programs as an alternative to advanced studies.

Castro also touched on the need for a different health care system, including a stronger Medicare program, less reliance on “big pharma” and ending the distinction between physical and mental health care.

A reimagined justice system with more public defenders and transparency, equal rights and a higher minimum wage also were discussed, as were tax reform, affordable housing, climate change and immigration.

Castro also shared details about his childhood growing up in a single-parent household with his twin brother, mother and grandmother, who immigrated to the United States when she was 7.

“I think he’s a very smart guy and a good speaker, but I still do not have the answer about how to pay for everything. That’s what I want to hear about,” Steve West said.

West, registered as an independent, said he attended the event to get some specific answers about policies Castro would put into place if elected. West said he is tired of hearing campaign slogans and promises with no plans to back them up.

Boulder City resident Bob Beutler said he came to support the Democratic party and had yet to decide on a candidate.

“In general, they’re all good in a sense.”