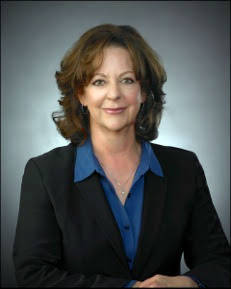 A Boulder City resident is a finalist for a vacant judgeship in Clark County’s Eighth Judicial Court.

Last week, Stephanie Barker was announced as one of three finalists recommended by the Nevada Commission on Judicial Selection to fill the vacancy in Department 6 created when Elissa Cadish was appointed to the Nevada Supreme Court.

Barker has been an attorney in Nevada for more than 30 years, and her ties to Boulder City go back even longer.

“My grandparents Vi, a kindergarten teacher, and Glenn Muchow, Bureau of Reclamation, became Boulder City residents in the late ’40s,” she said. “While growing up, I spent portions of my holidays and summers with them in Boulder City. I moved to Las Vegas in 1987 to be closer to them.”

Barker and her husband, David, moved to Boulder City in January after finishing a remodel of her grandparents’ home.

She said she applied for the judge position because she wants to give a fair resolution to people who appear in court.

“Citizens interacting with the judicial system are seeking resolution to conflict,” she said. “I’ve practiced law in Clark County for 30 years, handling a variety of civil, public administration and criminal matters. I felt my clients were well-served by judges who brought practice experience to the bench. I want to translate my experience to the bench, with the goal of moving conflict through the judicial system to fair resolution for the people appearing before the court.”

Barker has worked in family law, been a prosecutor in the Nevada attorney general’s office, represented the Clark County School District and been a trial lawyer in civil lawsuits.

“From 2016 to 2017, I prosecuted attorney professional conduct matters in the Nevada State Bar Office of Bar Counsel,” she added. “After a 2018 sabbatical, taken to oversee remodeling of our Boulder City home, I am ready to return to work.”

Also recommended for the position are attorneys Trevor Lee Atkin and Jacqueline Bluth.

According to the Nevada Judiciary, the commission considered the applicants’ interviews as well as their education, law practice, business involvement, community involvement and professional and personal conduct. It also considered letters of reference and public statements during the interview process.

Governor Steve Sisolak will consider the three candidates. Whoever is selected will have to run in the 2020 general election to retain the seat.