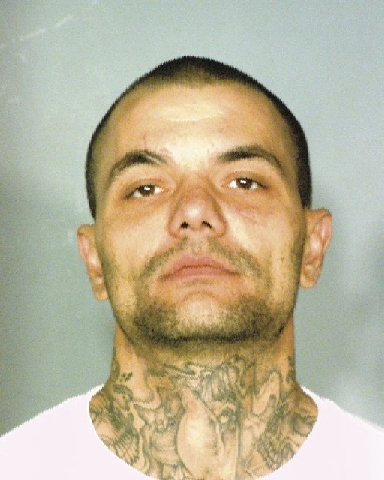 The leader of a group of six arrested in a counterfeit bust in February was sentenced to four years in state prison July 23.

Anthony Michael “Mugsy” Williams was sentenced by Clark County District Judge Jerome T. Tao to the maximum allowed under state law after pleading guilty to a felony forgery charge. He will be eligible for parole after 14 months, which is late April.

The 30-year-old Williams has been confined to the Clark County Detention Center since his arrest early Feb. 22. Williams was facing multiple charges and significant jail time if convicted at trial.

A complaint filed Feb. 25 by the Clark County district attorney charged him with establishing or possessing a financial forgery laboratory (a felony carrying up to 20 years), a felony charge of forgery (which carried a one- to four-year sentence), and a gross misdemeanor of conspiracy to commit forgery, which carries a maximum sentence of one year.

Before his arrest, Williams was a three-time felon in Nevada for burglary, larceny from a person, and being an ex-felon in possession of a stun gun.

Williams could have been charged under Nevada’s habitual felons statute, which could have included significant more jail time. However, that statute is usually reserved for habitual violent offenders.

As of Tuesday, Williams was still being held at the detention center awaiting transfer to the Nevada Corrections Department.

Patrick James Covington, 26 at the time, pleaded no contest in March to two theft counts with a one-year suspended sentence plus 100 hours of community service. Lori Ann Gardner, who was 34 at the time, pleaded no contest to theft with a 90-day suspended sentence. Anthony David Tracy, then 26, Ashley M. Gorman, then 22, and Alexis N. Keller, then 20, entered pleas similar to Gardner’s.