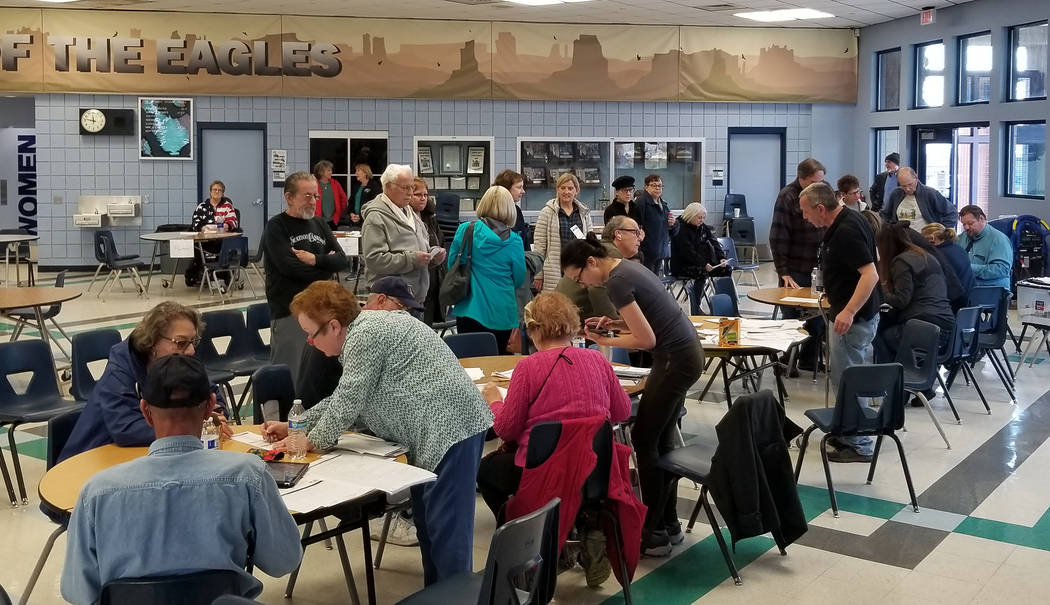 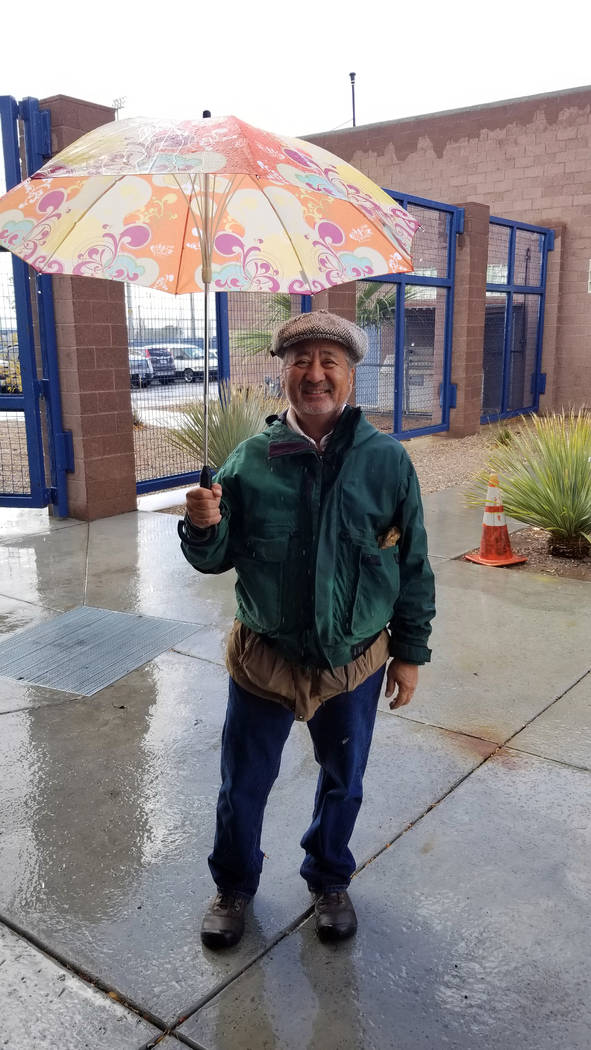 Rain and gray skies didn’t put a damper on registered Democrats’ enthusiasm as they gathered Saturday in Boulder City to select delegates for a presidential candidate for the 2020 election.

“We had to troubleshoot a few things but overall the caucus and, in particular, the input of the early voting numbers went smoothly,” she said. “All the backups planned by the state party were available as promised. We are confident that Boulder City Democrats had their preferences counted accurately and thank them for their participation.”

Haag said with those who voted early more than 1,000 registered voters participated.

“I never would have done anything like this except for the current times,” said Greg Finnegan, chair of Boulder City precinct 7564.

Finnegan is retired. He said he participated in the 2016 caucus, but “he got off of the couch” to participate more this time.

“There’s a lot of pressure for us to get it done,” he said.

Volunteer Mary Hoskins said she has never participated in a caucus before and was interested to see what happens.

“I moved here a few years ago and I thought I’d do my first one,” she said.

Donalene Ravitch said Saturday’s caucus was her “first one in awhile.”

“I’ve had this on my calendar for months,” she said.

Jean Biacsi said she was participating in her first caucus because she wanted to do whatever she could to defeat the current administration.

“I have never been this political in my life,” she said.

Goya also made sure people who attended were able to get from the sign-in area to the precinct rooms without getting wet.

“My wife called me and said they needed someone with an umbrella,” he said.

In addition to the voters, there were some others who came from out of state to help inform participants about the different candidates and national issues.

“We came out here to ensure every vote is counted and counted correctly,” said Deborah Burger, president of National Nurses United, a union and professional association for nurses.

Burger is from Sonoma County, California.

She said she was at the 2016 Nevada caucus where there were a lot of irregularities and she wanted to make sure that did not happen this year.

“It’s kind of overwhelming when people are caucusing for the first time,” she said. “I just wanted to help it go smoothly.”

Additionally, Burger said she and some others from National Nurses United were there to educate people about the idea of “Medicare for All.”

Locally, Sanders received 25 delegates, Buttigieg came in second with 16, followed by Biden with 14, Warren with 10, Klobuchar with seven and Steyer with two, according to Haag.

Saturday’s caucuses were the third nominating contest in the Democratic primaries for November’s election.