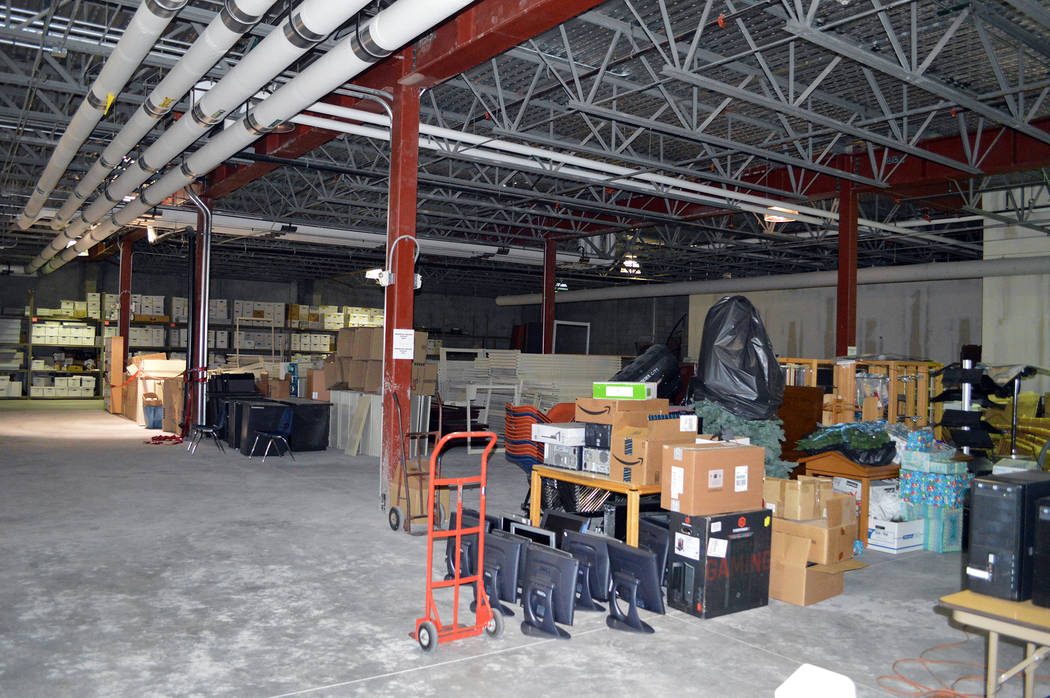 Celia Shortt Goodyear/Boulder City Review The Boulder City Library is looking to expand into its basement, which is currently unfinished and used primarily for storage. 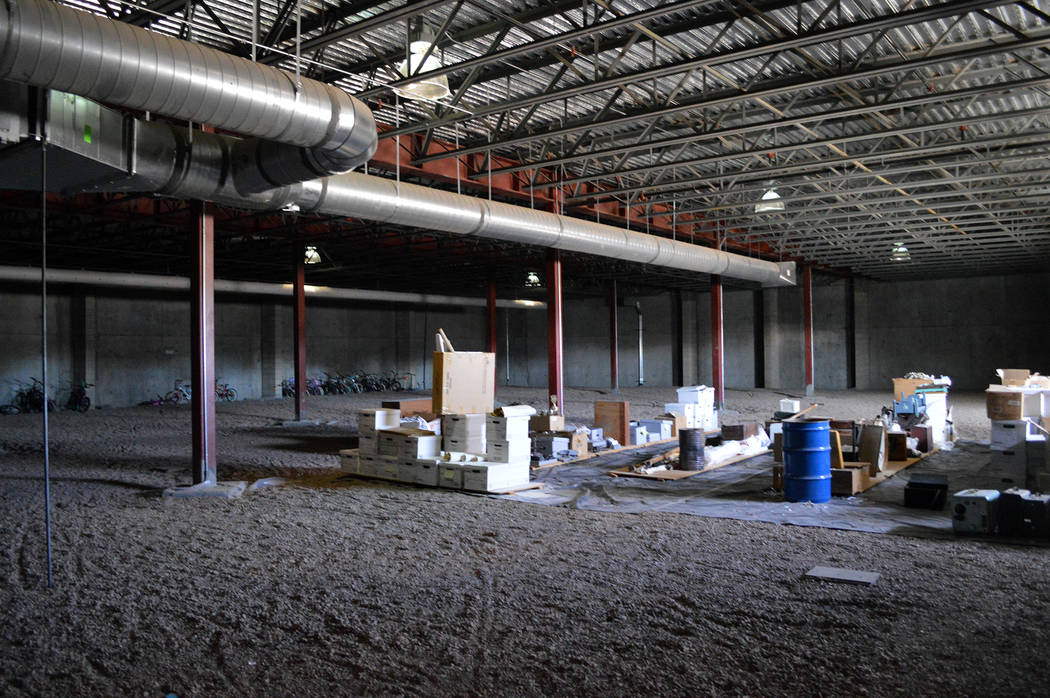 Celia Shortt Goodyear/Boulder City Review The floor in part of the basement at Boulder City Library is unfinished. The library staff is looking to expand into the basement.

The Boulder City Library is planning to enlarge its facility and is seeking public input for the project.

The library has been in its current building on Adams Boulevard since 2002 and is looking to expand into its unfinished basement.

The area holds the library archives in addition to providing space for Boulder City/Hoover Dam Museum, Henderson libraries, and one of the local rotary clubs. Angel Tree also stores tables there to use each year when it provides holiday gifts for the community.

Former Library Director Duncan McCoy said that the basement is approximately 70 percent finished. One part has a finished concrete floor and the other portion does not.

The expansion project is in the beginning stages and the library has contracted with LGA of Las Vegas as the architecture firm for the project.

Diehm said that they are soliciting public input through April and are working to get the wants and needs for the new facility from the library staff and community. Once they have that information, the firm will put it together and create a design.

The first community meeting was held Jan. 31, which was attended by approximately 45 people who shared their ideas for expanding the library. Those ideas included a dedicated space for the One Stop Career Center, a place for volunteers, a cafe, a permanent place to have movies, and providing study rooms.

“The board was excited to have such a vibrant response to our first community meeting last week,” said Chairman Jeff Breeden. “The library has been a community resource for 75 years, and our task with the expansion is to keep it relevant to Boulder City for the next 75 years and beyond.”

“They need to figure out what they’re going to do. … I applaud them for bringing in the public to hear what they want to see,” McCoy said.

Diehm said that this project also is allowing the staff to re-evaluate what the library offers with the possibility of some library programs being moved to the basement, like the youth department.

If moved to the basement, the library could provide a larger area for the youth as well as having it on a different floor. In addition, it could offer community programs and youth department activities simultaneously.

Right now, both utilize the meeting and community rooms at the library.

Diehm said she hopes to have room for a “maker’s space” that would provide room for crafting events in addition to providing the required materials.

“All of it is so exciting,” she said. “The possibility of having a cafe is exciting.”

She said that patrons could get a coffee and return their library books at the same time.

McCoy was library director for 20 years and was part of the project that created the current Boulder City Library building.

When he came to the library in 1989, it was located at what is now the Senior Center of Boulder City on Arizona Street, and when he arrived that building was full and could not expand because of the property on either side of it. The library staff was at the point where it was throwing away as much as it was taking in.

“That’s no way to build a collection,” he said.

When the new library was built, McCoy said the facility was designed to be flexible.

“We didn’t know when we designed the building what the service needs would be in 20 years,” he said.

One way it was made flexible was that all the internal walls are nonload bearing so they can be removed and moved around as desired. The utilities can also be moved as needed.

Community members can submit their ideas at the board’s monthly meetings.

Artist renderings will be available April 20 at the library’s 75th anniversary celebration.