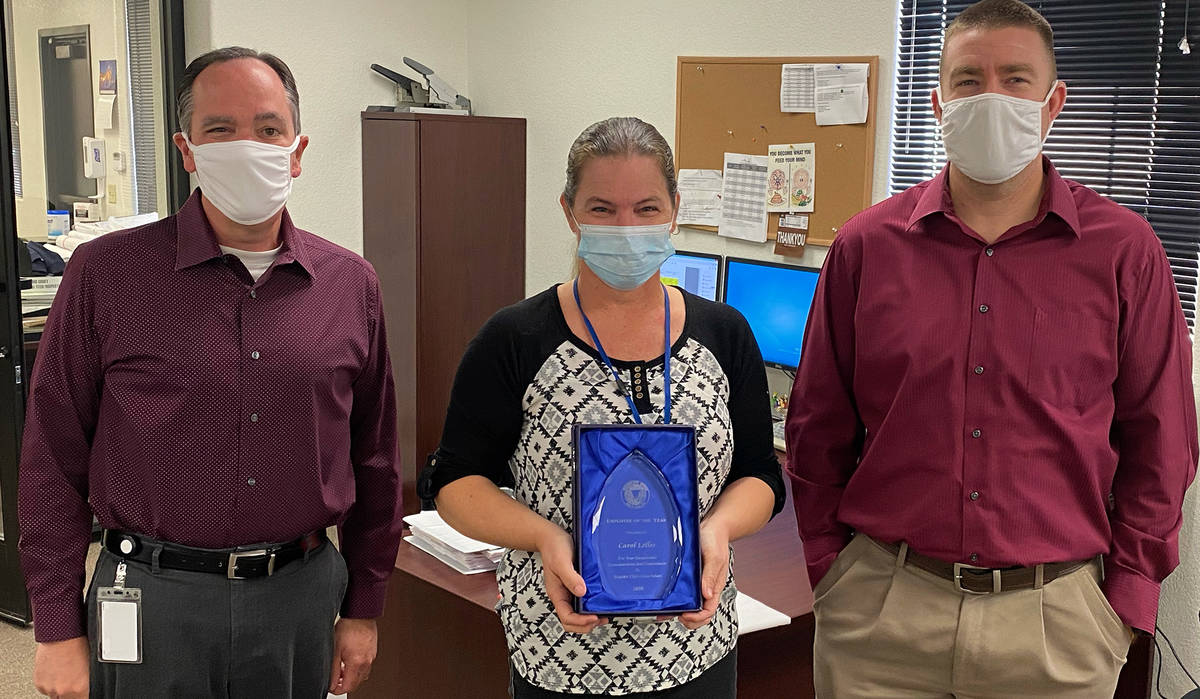 Carol Lelles, who found thousands of dollars for the city last year and has been instrumental in bringing the capital improvement plan to the public, was recently chosen as Boulder City’s employee of the year by her co-workers.

“I’m still shocked,” she said. “I’m very honored. … It’s just such an honor because we have an amazing staff.”

Lelles started working for the city in June 2018 as the finance operations coordinator and became the capital improvement plan coordinator less than a year later.

As CIP coordinator, Lelles works with the two other members of the CIP team to review and revise the five-year capital improvement plan. They work closely with the city’s department heads through the process and then present it to City Council and the community.

“I congratulate Carol Lelles for her selection as employee of the year,” said Acting City Manager Michael Mays. “Her dedication to the organization and the community in her role as the CIP coordinator has been recognized by many. Her work ethic serves as a role model for all employees and a shining example of our employees’ commitment to the Boulder City community.”

Lelles said being chosen by co-workers as the employee of the year is “even more meaningful” because of the difficulties in 2020.

“The fact that it comes from my peers is a big honor to me,” she said. “I work with an amazing group of people. I’m still a little bit surprised. … A lot of people have gone above and beyond this year.”

Recipient of the Boulder City Employee of the Year award is chosen by other city employees.

“The city seeks nominations from employees for the employee of the year; the award is really about staff recognizing their co-workers,” wrote Communications Manager Lisa LaPlante in an email. “The final selection of the winner is made in consultation between staff in the administrative services and the city manager offices.”

Lelles has lived in Boulder City since she was in kindergarten. She graduated from Boulder City High School and raised her family in town. When she’s not working, she said she enjoys boating and spending time with her husband and their two grown children. Before working for the city, Lelles worked at the Boulder Dam Credit Union for 15 years.