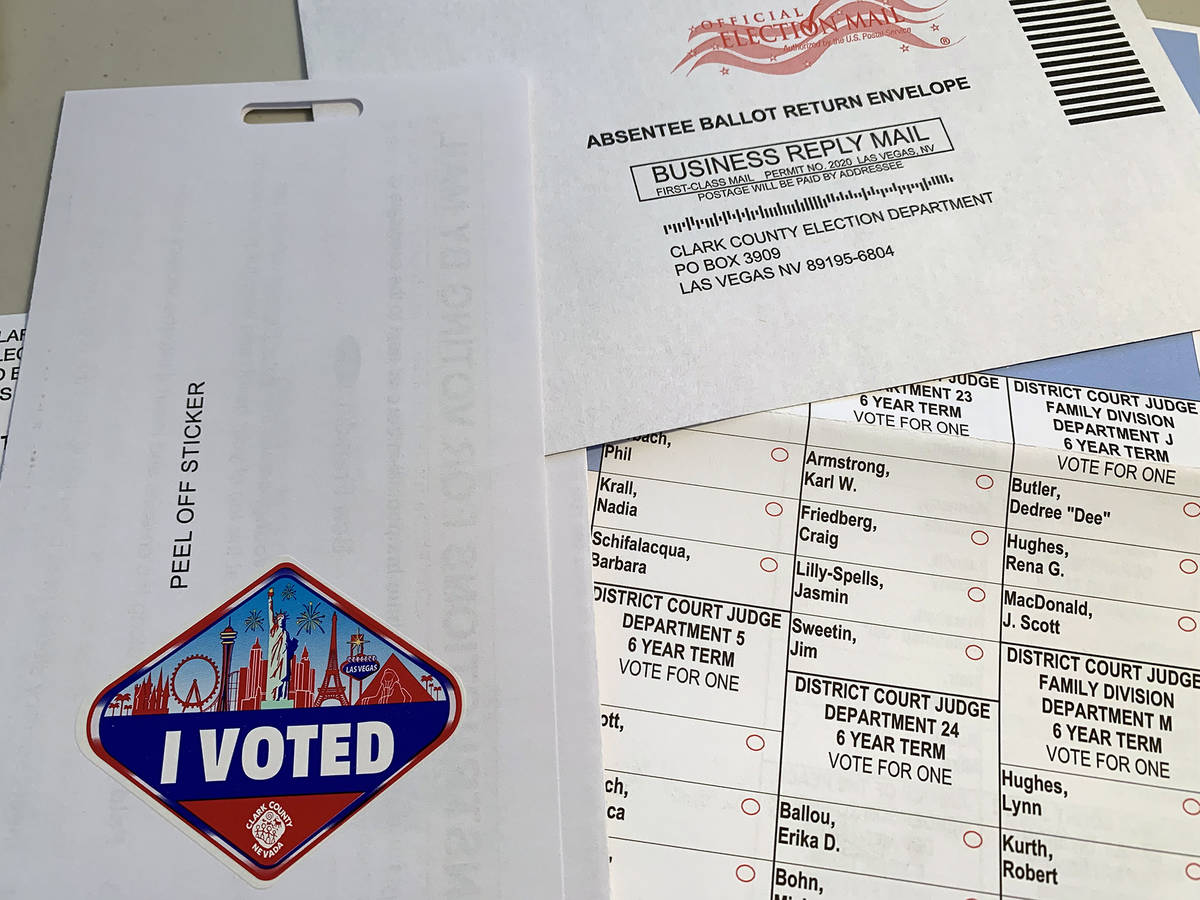 In an effort to help prevent the spread of COVID-19, the June primary election was conducted by mail-in ballot.

Because the election was conducted by mail, results remain unofficial and will continue to be updated throughout the canvass period as Clark County Elections Department receives and processes ballots. Final, unofficial election results will not be available until at least June 16 — the final date that absentee ballots postmarked by Election Day will be accepted. The results must then go through the usual canvassing and certification before being finalized.

The state switched to an all-mail election because of the fear of COVID-19 spread among voters and election workers.

As of 10 a.m. Wednesday, the county was reporting a 12 percent voter turnout for the primary.

Lee, with 83.15 percent of the votes, held a significant lead over challengers Dennis Sullivan and Tiffany Ann Watson for the Democrat spot.

They will vie against Independent American candidate Ed Bridges II, Libertarian Steve Brown and Gary Crispin, who is not affiliated with any party.

With only one candidate per party for the state Assembly District 23 seat, incumbent Glen Leavitt will wait until November to vie against challengers Democrat Brent Foutz and Independent American Bill Hoge.

In the race for a seat on Clark County School District’s Board of Trustees for District A, which includes Boulder City and Henderson, Lisa Guzman, executive director of the Education Support Employees Association, was leading with 6,718 votes, or 27.05 percent. Her nearest challenger is Liberty Leavitt, with 4,437 votes and 17.87 percent. District A has been represented by Trustee Deanna Wright since 2008, but Wright is term limited after this year.

The Las Vegas Review-Journal contributed to this report.