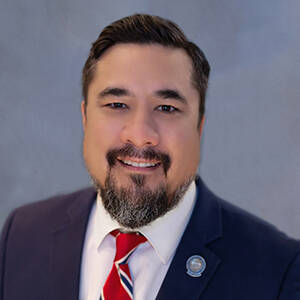 Rep. Glen Leavitt of Boulder City withdrew from the race for State Senate, District 20, on March 24.

“This difficult decision has been weighing on me for several months and upon taking counsel from my family, friends and mentors, I have decided to continue to focus on my family and my profession,” he said.

Leavitt, a Republican, has been in the State Assembly, representing District 23, for the past four years. He serves as the minority whip.

He said he will continue serving through the end of his current term, which ends in November.

Leavitt said he wrestled with the decision for months before filing his candidacy papers March 10.

“I have the heart, just not the time or the energy,” he said, adding that stepping out of the race and focusing on other things was the right decision for him at this time.

Leavitt said trying to spend time with his family, which includes three daughters, was “impossible,” especially when he had to travel to Carson City for legislative work.

“My kids are still young and I need to focus on them. It’s been taxing just thinking about (a State Senate run). My faith and my family always have and always will come first in my life,” he said.

He called his time as a state legislator an honor and said he will continue to fight for Boulder City until his last day in office. He said he wants to do everything he possibly can to obtain funding for the state railroad museum, hospital and senior center.

Leavitt was first elected to the Assembly in 2018. Prior to that, he served on the Boulder City Planning Commission from 2015-2017, including time as chairman.

He worked for the Regional Transportation Commission of Southern Nevada from 2008 to 2021, when he established his own public relations, media and marketing consulting business.

Despite stepping back from the political arena, Leavitt said he will continue on with the groups and organizations he currently is involved with.

“I love serving the community,” he said. “To my constituents, thank you so much for all the support you have provided me and for trusting me to represent you. I hope you believe that I served you well.”

“I know this was not an easy decision for Glen and would like to ask everyone to respect his decision to step down from the Senate District 20 race and step up for his family,” said former Clark County Commissioner Bruce Woodbury. “Glen is a loving father to my grandchildren, and I have always enjoyed our friendship. … Nevada is always better served when good men and women like Glen Leavitt choose to serve, and his presence in the Legislature will be missed.”

Leavitt’s withdrawal leaves longtime California politician Jeff Stone, who moved to Henderson in 2020, as the lone Republican running in the Republican-heavy district. He previously served on the Temecula City Council, the Riverside County Board of Supervisors and in the California state Senate. In 2019 he was appointed by the Trump administration to a Department of Labor position.