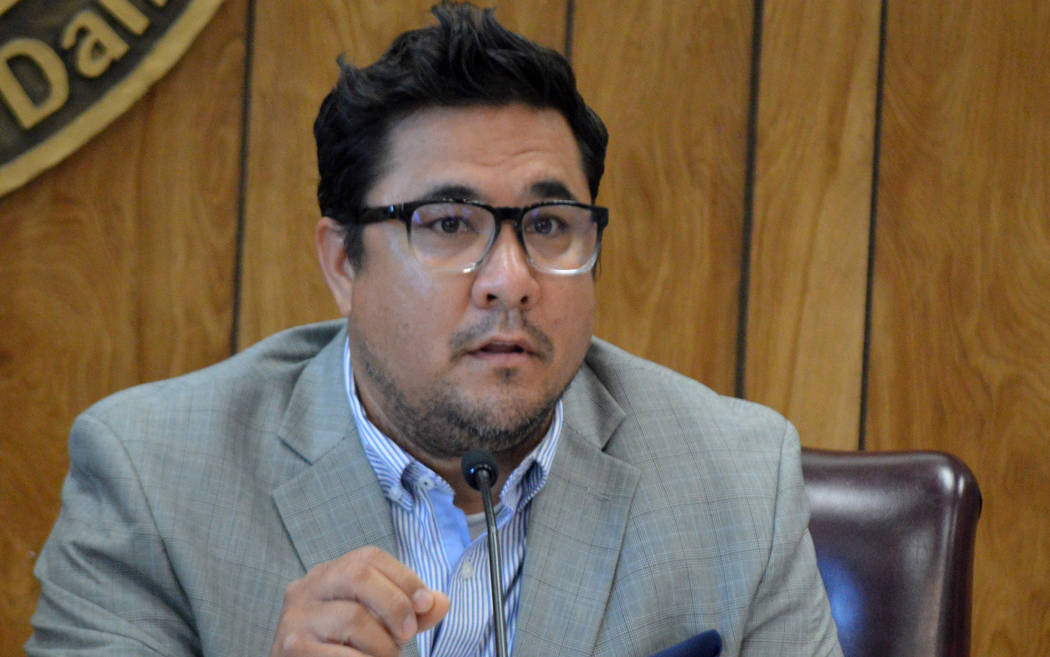 File Former Planning Commission Chairman Glen Leavitt, seen at a meeting in June, has announced he intends to seek the Assembly District 23 seat.

Longtime Boulder City resident Glen Leavitt is taking another step in public service and has announced he will run for the Nevada State Assembly District 23 seat.

“I think it was the next step for public service for me,” said the former Planning Commission chairman.

Leavitt moved to Boulder City from Las Vegas when he was 10 years old and is raising his family here. He said that he loves public service and worked on the Planning Commission to better the community where he and his family live.

He said he resigned from the Planning Commission in January because of possible conflicts that could arise in running for state office.

“I thought it was best to step down before that,” he said.

Now he plans to help the community outside of Boulder City, too.

In his campaign, he plans to focus on lower taxes, creating more energy choices and ways to stimulate the economy inside and outside of Boulder City.

Leavitt said that he likes getting out and meeting people and is most looking forward to that and finding out what they want for their community.

“My favorite Planning Commission meetings were when people said what they thought,” he said.

Assemblywoman Melissa Woodbury endorsed Leavitt for the post earlier this week when she announced that she would not seek re-election.

“After much careful thought and consideration, I have decided not to run for re-election to the Nevada State Assembly,” she said in a statement. “I do not make this decision lightly and felt I could not leave this position until there was a candidate that the voters of Assembly 23 would be happy to have serving them. I am certain that Glen Leavitt is that candidate.”

After receiving her endorsement Leavitt said in a statement that he was excited and grateful to run for the assembly.

“One of the things that makes having a citizen legislature unique is that you get to work with people from different professions and learn about issues that are critical to the state’s success,” he said. “I want to continue to support my community by striving to find the best possible solutions to the important issues in Assembly District 23.”

The filing period for the race opens March 5. The primary election is June 12.

Leavitt, a third-generation Nevadan, is a 1992 graduate of Boulder City High School. He holds a bachelor’s degree in political science from Brigham Young University and earned his master’s in public administration from UNLV. He has worked for the Regional Transportation Commission of Southern Nevada for the past nine years.

He and his wife, Rebecca, have three daughters.