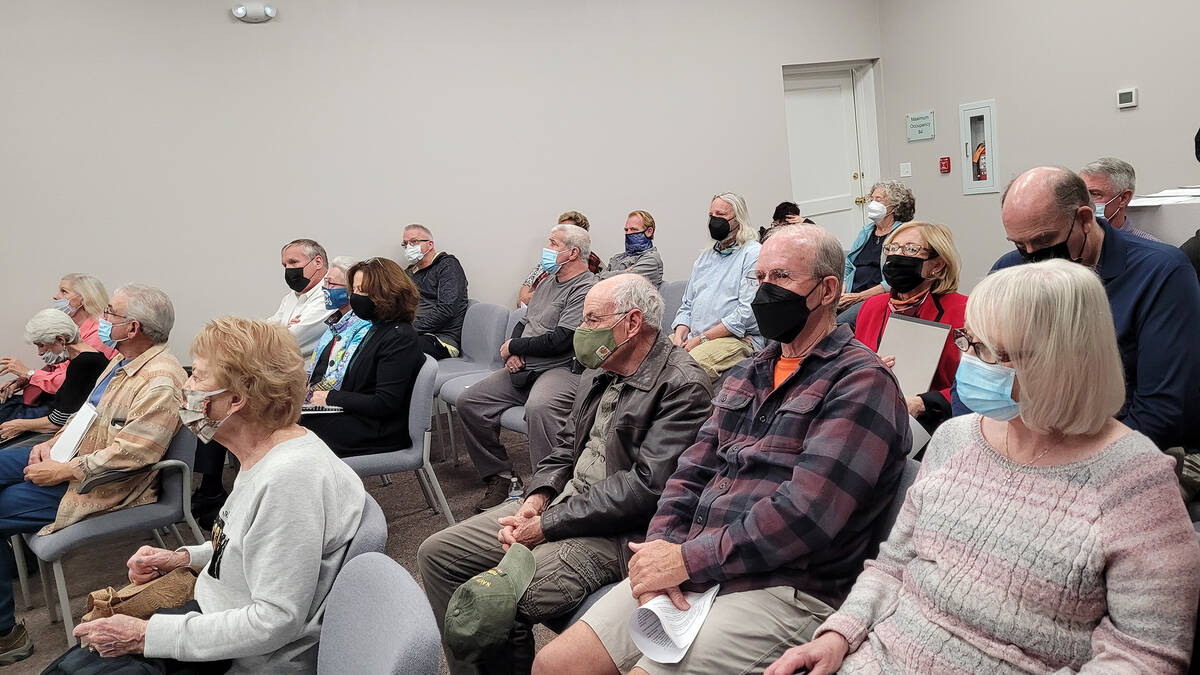 Celia Shortt Goodyear/Boulder City Review The chambers at City Hall were full Tuesday, Feb. 8, as residents expressed their opinions about proposed changes to the city's leash law. The changes failed in a 2-3 vote. 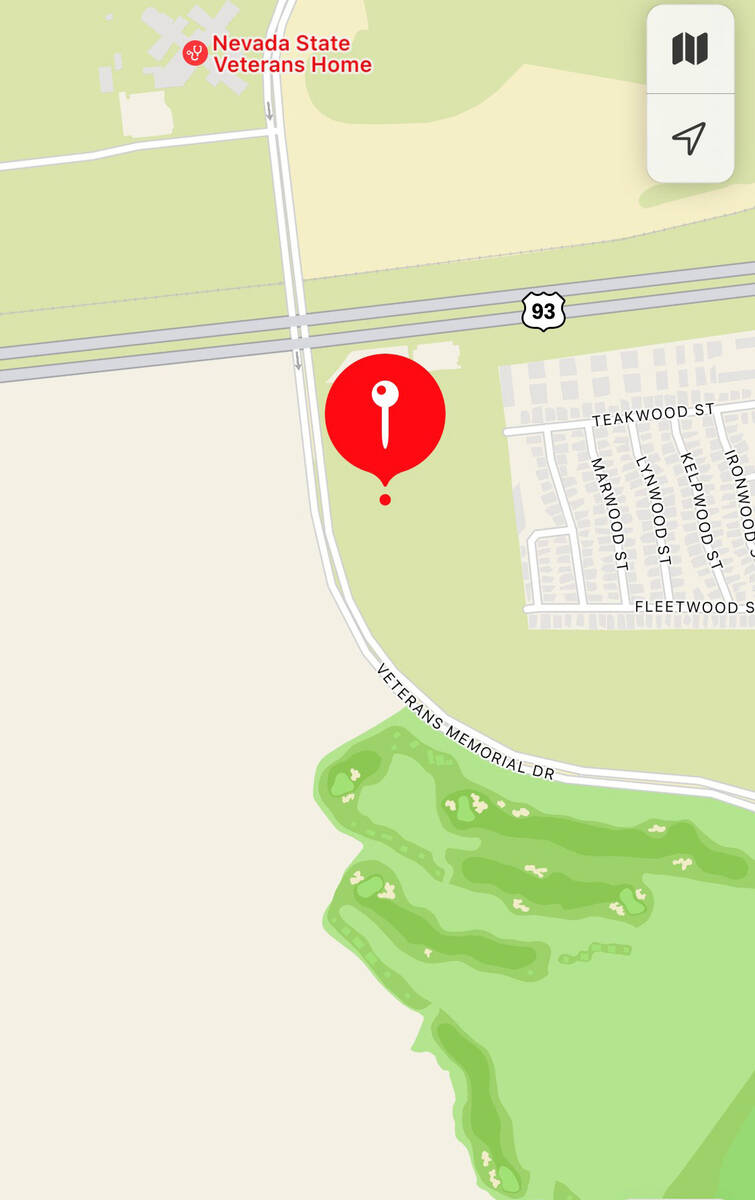 Boulder City At its Tuesday, Feb. 8, meeting, City Council directed the city attorney to draft a ballot question asking the voters whether 16.3 acres of land at the southeast corner of Veterans Memorial Drive and Boulder City Parkway be sold for the development of a grocery store and other associated retail uses.

Residents will not have to follow new restrictions for their pets after City Council failed to pass changes to the leash ordinance despite the animal control department saying they were needed.

At its Tuesday, Feb. 8, meeting, council discussed requiring dogs to be on a leash in all public areas except for designated dog parks, areas where off-leash activities are allowed or as part of a special event permit.

According to current city code, an animal is not considered at-large if it’s under the direct supervision and control of an owner or trainer who is giving auditory or visual commands. The animal must be obeying the commands and not violating any other parts of the code.

“I can’t enforce it unless something bad happens, so the dog is under verbal command as long as it doesn’t accost someone,” she said. “It’s under verbal control as long as no one falls down because it charged. … When all the dogs are off leash, you’re all at fault or no one’s at fault.”

Inabnitt said Animal Control receives 500 calls a year for dogs running at-large. Additionally, they have had more than a dozen dog-on-dog attacks in the past 18 months and a dozen instances in the past two years where people have been attacked and injured.

“The problem at the parks with running at-large is consistently 9 to 11 percent of our calls, whether it’s Veterans’ (Memorial) Park or the park by the post office. … That means there is a huge problem,” she said. “We have seen a lot of things that I wish I had not seen. We have had dogs torn apart down there.”

Boulder City Police Chief Tim Shea said the code is written so that violations, which are considered misdemeanors, have to be committed in the presence of an officer.

“We get called after it happens. … I don’t want our officers to be waiting there for an animal to do something bad,” he said. “We’re trying to prevent it.”

He compared it to traffic laws and said it’s like not being able to enforce them until after a crash.

Shea did say if the council was going to change the ordinance, there should be a place in the city where people can go to have their dogs run around without a leash.

Prior to the council’s consideration of the proposed changed, there was an hour of public comments from people about the ordinance, with the majority of them against changing it.

Mayor Kiernan McManus had asked for the council to discuss this item and said he knew it was “an emotional issue for a lot of people.”

“We have a problem here. … I’m not sure that everyone gets what is happening here… . There are people who simply don’t use our parks anymore because of the dogs that are loose,” he said.

Adams agreed with McManus and said the “problematic” behaviors need to be addressed.

The other council members disagreed.

Councilwoman Claudia Bridges said she thought the proposed changes were “harsh” and that the hot spot areas should be regulated, not all of the parks.

She said those who are misbehaving should be addressed first.

“Everyone has a great point,” said Councilman Matt Fox. “It comes down to the outlets. We don’t have any . … I don’t want to punish the good people because of the bad.”

Bridges, Fox and Jorgensen voted against making changes to the ordinance, while McManus and Adams voted for the changes.

Council also voted against holding the item until the Feb. 22 meeting so that staff could research areas in town that could be used for dogs to run around without leashes.

Also at Tuesday’s meeting, council directed City Attorney Brittany Walker to draft a ballot question about whether the city should sell 16.3 acres of land at the southeast corner of Veterans Memorial Drive and Boulder City Parkway.

The land would be used to develop a grocery store and other associated retail uses.

“In the development community it’s typical that a grocery store would lease their buildings but it would be developed by a developer for them, which, with the city being the landowner, vacant land doesn’t make their business model for leasing the building really pencil,” said City Manager Taylour Tedder.

He said the economic development coordinator had reached out to 70 grocers and none wanted to come to town.

Tedder also said having a plot of land marked for that type of development would show that the city is serious about wanting a second grocery store.

“Many, many, many people ask me how can we get a second grocery store, so I don’t really have a problem asking the people here’s one way and seeing what they think, so that the question goes back to them,” said Jorgensen. “Is this a way that you want to get that second grocery store?”

McManus said he was concerned about whether that size parcel was appropriate for a grocery store.

Tedder said they could draft the ballot question so that the parcel could only be developed for a grocery store.