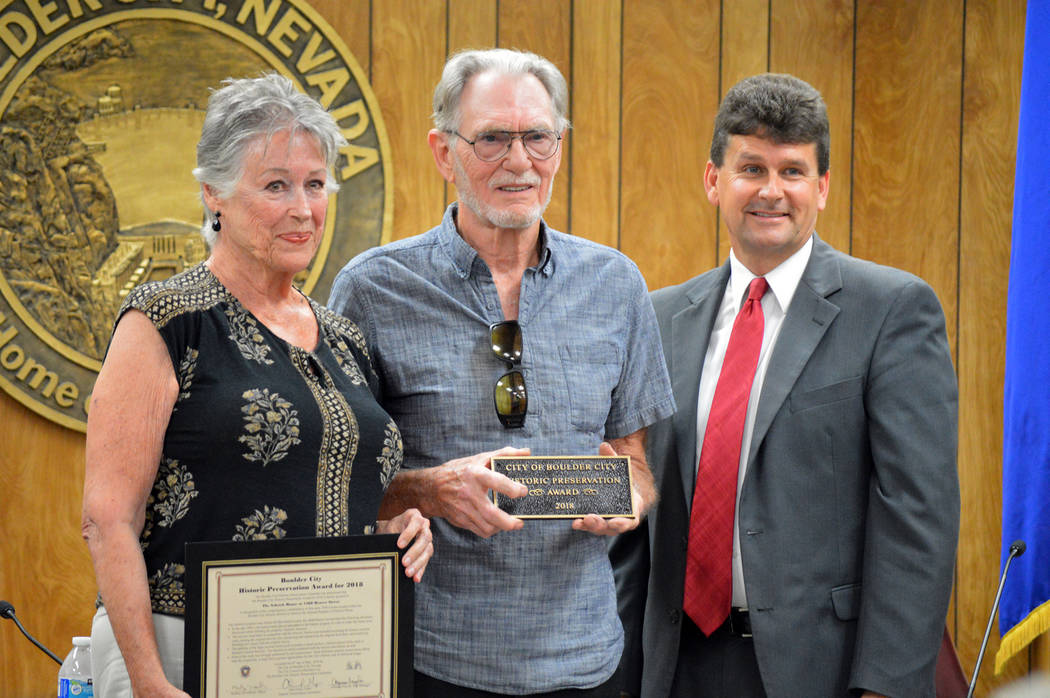 Boulder City could have a larger area conservation area for desert wildlife and more space for solar revenue if Clark County approves proposed changes to a local easement boundary.

At its meeting on Tuesday, May 8, City Council unanimously approved asking the Clark County Desert Conservation Program to adjust the Boulder City Conservation Easement boundary to include additional land adjacent to the Sloan Canyon National Conservation Area and to exclude land immediately south of the original solar energy area.

This change would increase the city’s easement area by 2.2 percent and make almost 2,000 more acres available for solar energy development.

“This is not a rush project,” said Councilman Kiernan McManus. “It has been looked at for some time.”

The Boulder City Conservation Easement, also known as the Tortoise Easement, was established in 1995. It is in the Eldorado Valley and contains 86,538 acres. It covers 65 percent of the total land area within the city limits and its primary purpose was to create a dedicated desert tortoise habitat preserve.

Sempra Renewables is the company behind Copper Mountain Solar 5 LLC, and McManus said that they have been an “excellent partner with the city” with their solar projects and this project. They did the necessary ecological study for it at their own expense and have agreed to safely move any desert tortoises that will be displaced with the changed boundary to a new habitat of equal or better conditions.

“The city will wind up with more solar lease revenue and the conservation area will grow,” he said.

Mayor Rod Woodbury agreed with McManus and said that this project has been ongoing since 2011.

“We’re just facilitating the project, and the county can weigh in on this,” he said.

Resident James Adams said he was not necessarily against changing the boundary, but he was concerned about the precedent that would be set with changing the purpose of land areas and their boundaries.

“The county will have to conduct their own analysis of the two sites and make their recommendation to the County Commission,” said Special Projects Coordinator Brok Armantrout.

Armantrout said it is unknown when the county will finish that analysis.

Even though the Boulder City conservation area was originally intended for desert tortoises, the new portion also will be suitable for additional desert wildlife, Armantrout said, adding it would not be suitable for solar energy production.

“The city had reviewed the site proposed for inclusion in the conservation easement for possible solar development as well. … due to the close proximity to the mountain range combined with an ever-increasing slope, the site was not ideal for solar production,” he said.

■ Introduced a bill that could add a new chapter to the section of the city ordinance about boards and commissions. It would prohibit board members from giving any information about pending matters or any action taken by the board to the media and pass on any inquiries from the media to the staff liaison.

It would also allow the city manager to remove any board member appointed by the City Council for a violation of city administrative policy. Council will consider the bill at its May 22 meeting.

■ Presented the 2018 Historic Preservation Award to Linda and Marvin Schrick for the work they did on their home at 1360 Denver St.