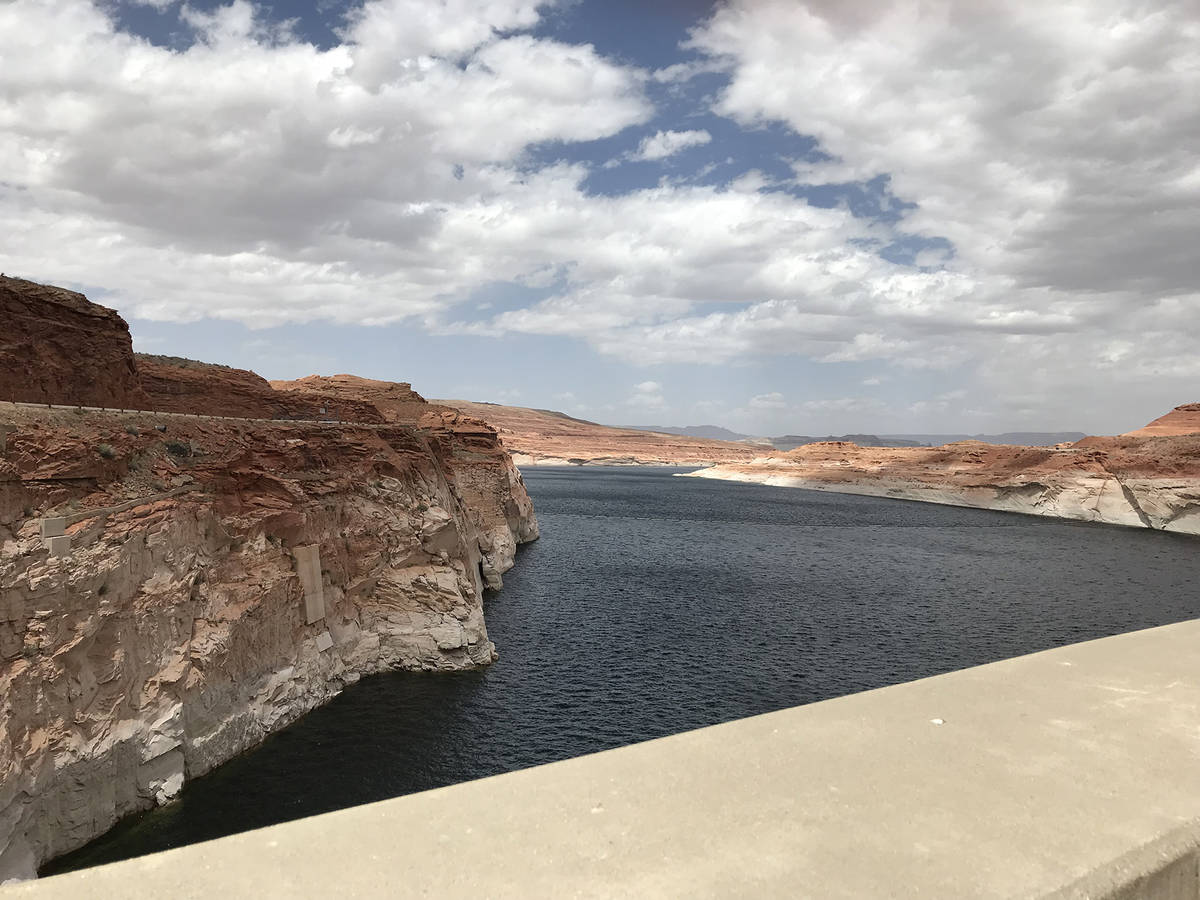 Lake Powell, as seen from the Glen Canyon Dam in Page, Arizona, is the country’s second-largest reservoir and recently reached its lowest water level on record. According to the U.S. Bureau of Reclamation, the lake in Northern Arizona and Southern Utah had dropped to 3,555.09 feet on Friday, July 23, and was at 3,554 feet on Tuesday, July 27.

“This is a benchmark moment,” Kyle Roerink, executive director of the Great Basin Water Network, said Sunday, July 25. “And it’s not going to be the last one this summer.”

In the first six months of the year, Lake Powell received 2.5 million acre-feet less water than was expected, she said.

The Bureau of Reclamation said this month that additional water from upstream reservoirs will be released this year to prop up Lake Powell. Lake level decline will likely continue until runoff season begins next year.

“This calls for our society to question how we manage things moving forward,” he said.

Bryant has said the bureau will continue working with Upper Colorado Basin states on a drought response operations plan.

The additional water being released into Lake Powell this year will not affect how much water is released downstream to Lake Mead, which is nearing its first federally declared water shortage, federal officials have said. A shortage declaration will lead to cuts next year in Nevada’s allocation of Colorado River water.

Last month, Lake Mead broke its previous record low elevation of 1,071.61 feet, and water levels have kept declining. That’s expected to continue until at least November, when agricultural demand for water decreases, according to Patti Aaron, the Bureau of Reclamation spokeswoman for the Lower Colorado Basin.