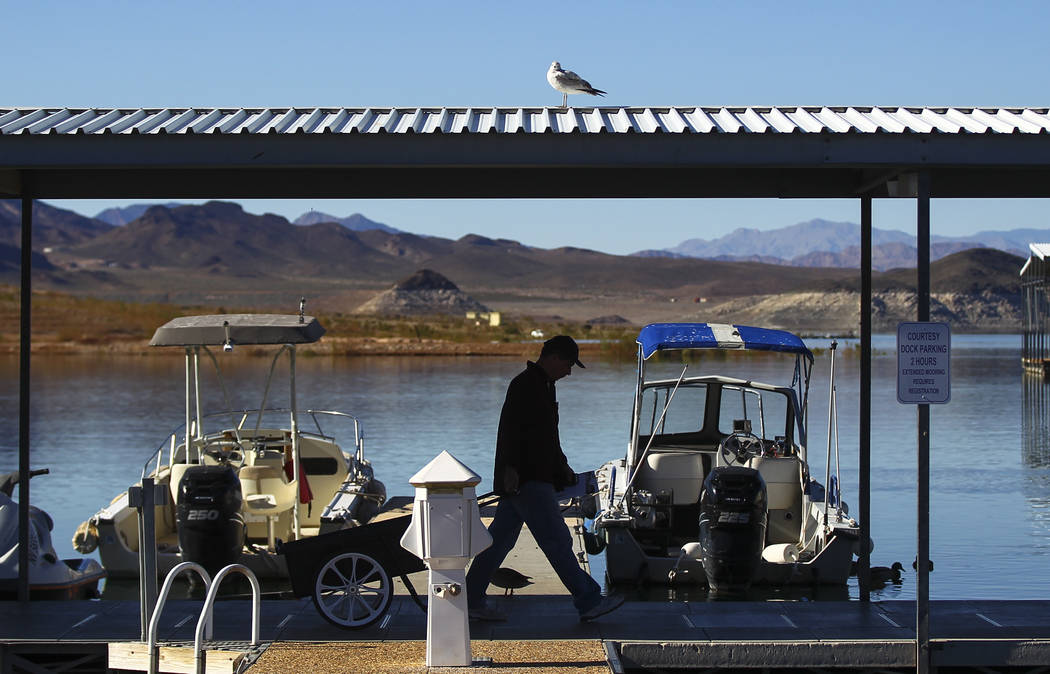 Las Vegas Review-Journal File Visitors to Lake Mead National Recreation Area brought in $312.6 million to the local economy during 2016, according to a recent study.

More than 7 million people visited Lake Mead National Recreation Area in 2016, generating a $369 million benefit to the local economy, according to a new report from the National Park Service.

In terms of the impact on Boulder City, Mayor Rod Woodbury said incidental benefits from tourism to Lake Mead are substantial.

“During the spring, summer and fall months, our hotel and motel parking lots have always been filled with boats owned by travelers visiting Lake Mead,” he said. “And those visitors, in turn, fill their gas tanks, shop, eat and visit other attractions in our town. Hoover Dam, Lake Mead and the national park also create hundreds, if not thousands, of jobs for our residents, including jobs with National Park Service, the Bureau of Reclamation, the dam, visitors centers, tour companies, outdoor adventure and recreation companies, and other service industries that depend both directly and indirectly on a steady influx of visitors intent on visiting Lake Mead National Recreation Area.”

The National Park Service’s report was conducted by economists Catherine Cullinane Thomas of the U.S. Geological Survey and Lynne Koontz of the National Park Service. It found that in 2016, visitors to Lake Mead spent $312.6 million in communities near the park, which supported 4,172 jobs locally and cumulatively benefited the economy by $369 million.

“If there’s anything unique and authentic about Boulder City, it’s our (historical) and contemporary link to Hoover Dam and Lake Mead,” added Woodbury. “Our city built Hoover Dam, and likewise Hoover Dam built our city. I think we sometimes take that relationship for granted. But we shouldn’t. We need to continually strengthen those ties to ensure lasting synergies and mutual benefits.”

According to the report, park visitors spent nationally the most on lodging, followed by food and beverages and then gas and oil. Other items they spent money on included admissions and fees, souvenirs, other expenses, local transportation and camping fees.

“Lake Mead National Recreation Area welcomes visitors from across the country and around the world,” said Superintendent Lizette Richardson. “We are delighted to share the story of America’s most diverse national recreation area and the enjoyable experiences it provides.

“National park tourism is a significant driver in the national economy, returning more than $10 for every $1 invested in the National Park Service, and it’s a big factor in our local economy as well,” she added. “We appreciate the partnership and support of our neighbors and are glad to be able to give back by helping sustain the local communities.”

The complete report and its interactive tool can be found at go.nps.gov/vse.

*For these parks, results are based on a visitor survey. For other parks, visitor characteristics and spending averages are adapted from national averages for each park type.