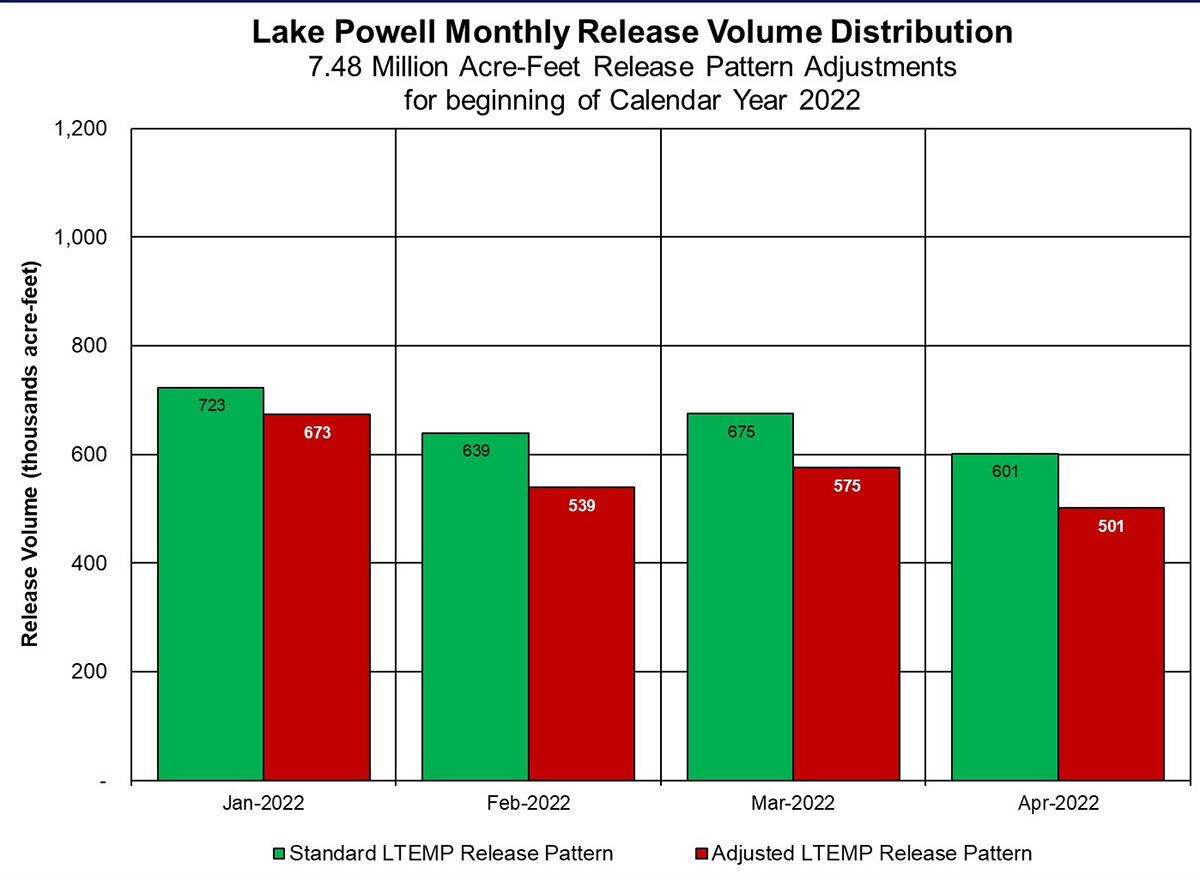 Bureau of Reclamation The amount of water released from Lake Powell will be reduced by 350,000 acre feet from January through April. It will not affect water operations at Lake Mead.

Recently, the Bureau of Reclamation announced it was reducing the volume of water released from the dam from January through April to keep 350,000 acre-feet in Lake Powell. This is being done to protect the reservoir’s water level until the spring runoff occurs. That same amount of water will then be released into Lake Mead.

“Although there will be small changes to monthly elevations at Lake Mead due to this release pattern, this will not affect the end-of-water-year elevation or Lake Mead’s operating condition in (water year) 2023,” said Doug Hendrix, Bureau of Reclamation public affairs specialist for the Lower Colorado Basin.

The 350,000-acre-foot reduction will play out monthly. In January, Lake Powell water releases will be reduced by 50,000 acre-feet and by 100,000 acre-feet in February, March and April.

“Under the Drought Response Operations Agreement, making these … operational adjustments at Glen Canyon Dam is essential to protect Lake Powell from dropping to critically low elevation levels in the weeks and months ahead,” said Reclamation’s Upper Colorado Basin Regional Director Wayne Pullan in a press release. “Although the basin had substantial snowstorms in December, we don’t know what lies ahead and must do all we can now to protect Lake Powell’s elevation.”

According to the Bureau of Reclamation, October was wetter than normal, but November was the second driest on record. That caused 1.5 million acre-feet of water inflow lost for Lake Powell.

The release pattern could be changed more if needed, but they will not affect the annual releases at Lake Powell or Lake Mead.