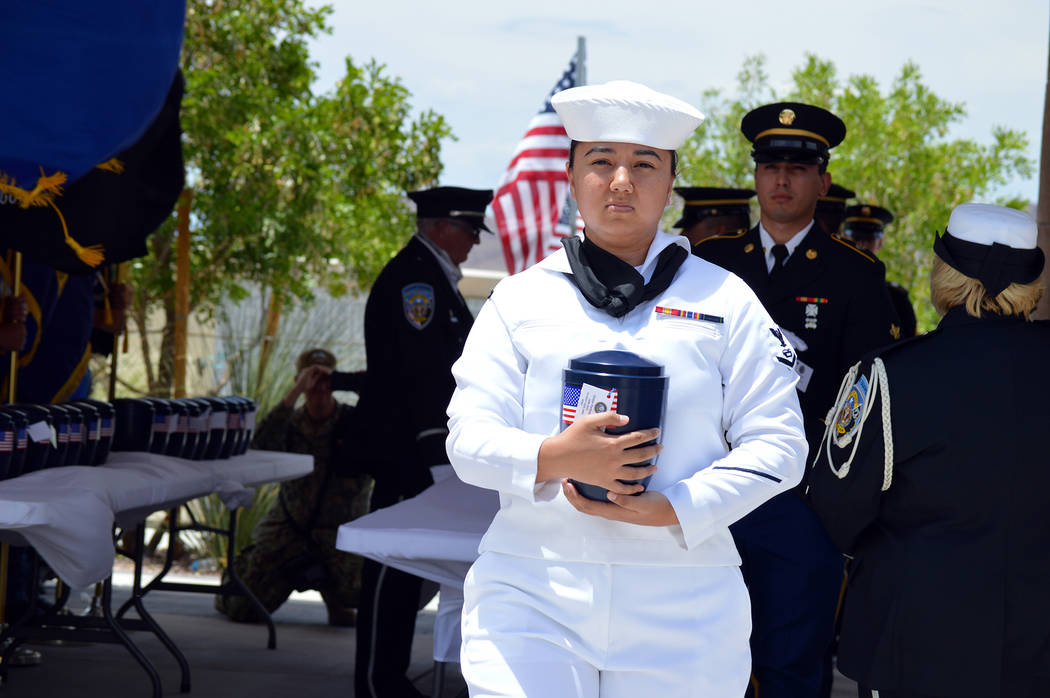 Celia Shortt Goodyear/Boulder City Review U.S. Navy Petty Officer 3rd Class Riceal Synnes carries the remains of Victor Forbush, who was a member of the U.S. Navy from 1926 to 1945 and fought in World War II, to his final resting place during the unclaimed veterans service on Friday at the Southern Nevada Veterans Memorial Cemetery. 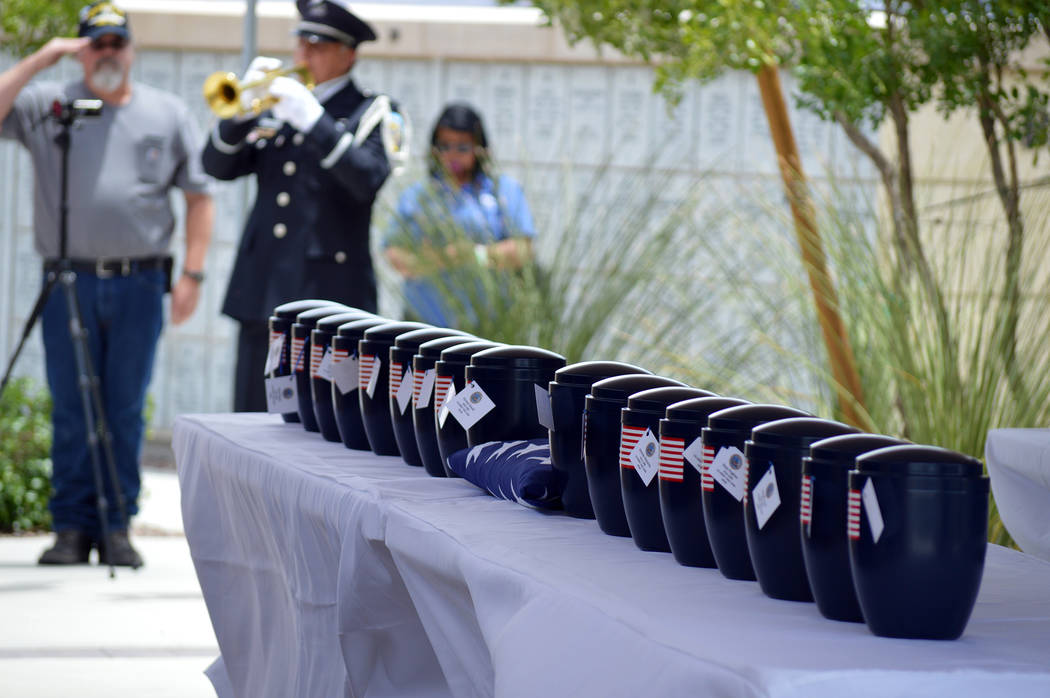 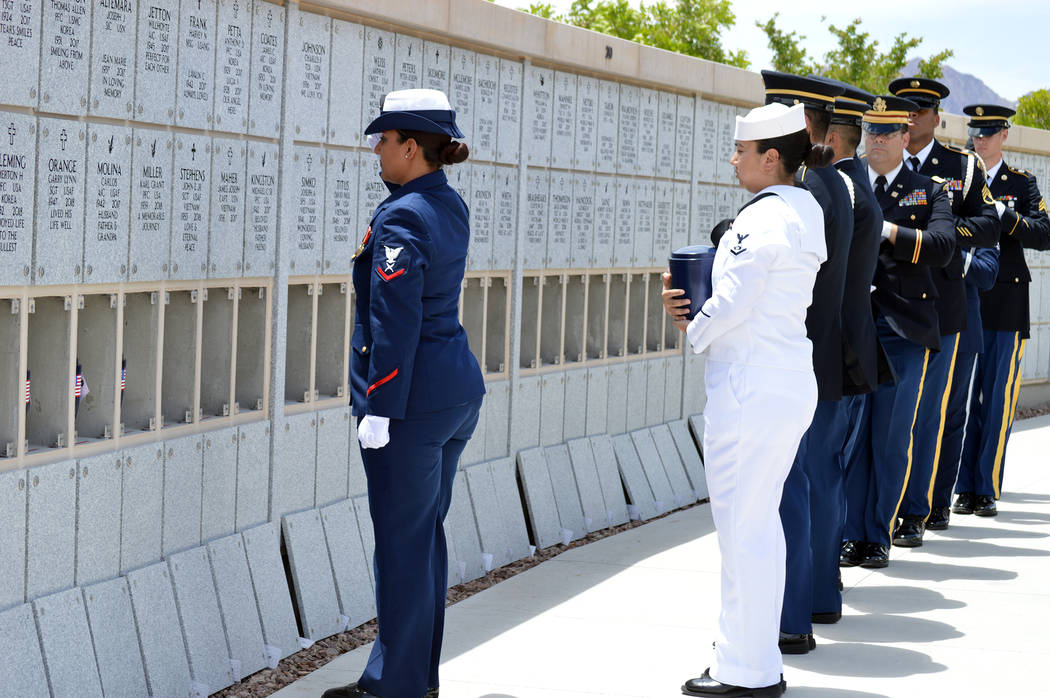 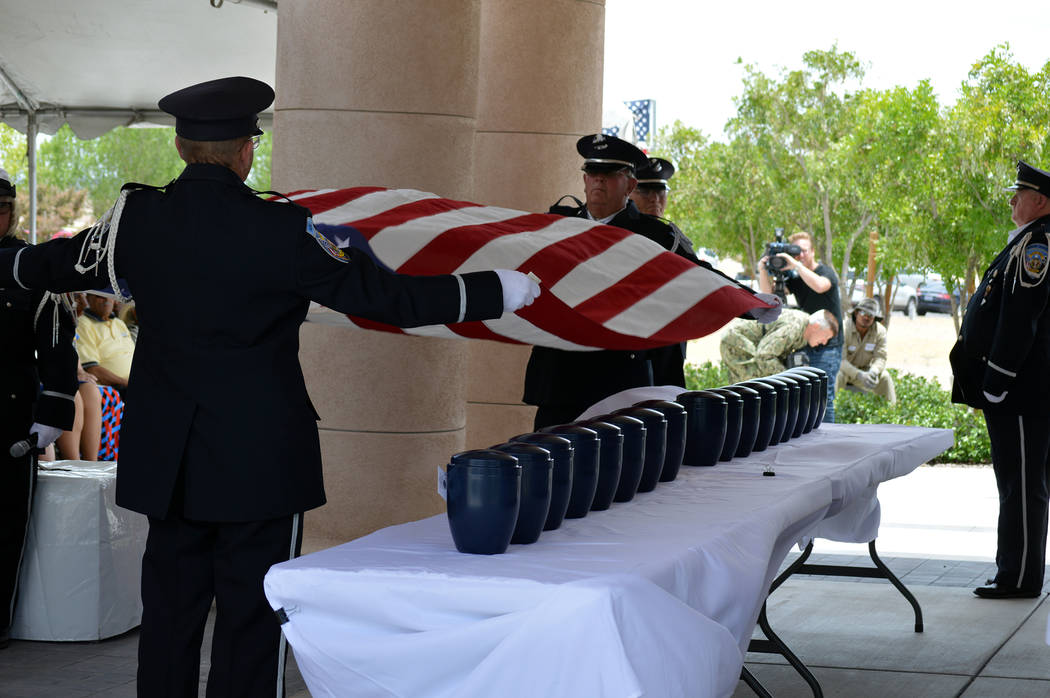 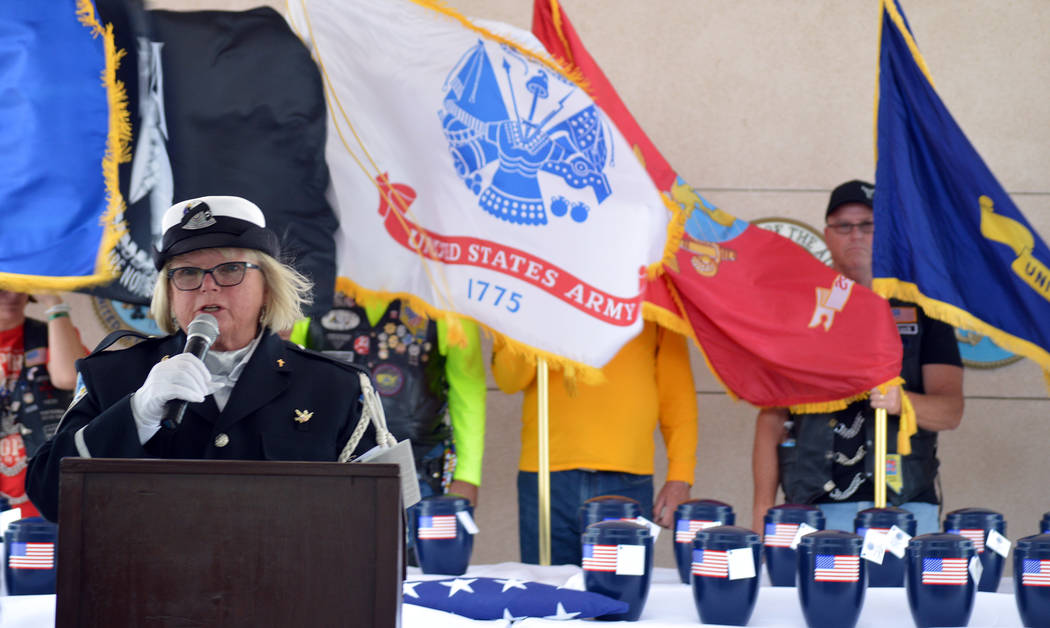 Thirty-five veterans with no family or loved ones left were laid to rest late last week at the Southern Nevada Veterans Memorial Cemetery in Boulder City.

The service, titled “A Promise Kept,” was held Friday, June 15, and is part of the Nevada Veterans Coalition’s Missing in Nevada mission. The group works with other organizations to identify the unclaimed remains of veterans, stored at a mortuary or crematorium, to give them a final resting place.

“It’s an honor to give these veterans a resting place which they so deserve,” said Sharon Serenko, Nevada Veterans Coalition chaplain.

For these 35 veterans, whose remains were in the care of Bunkers Eden Vale in Las Vegas, the coalition worked with the Nevada Department of Veterans Services, the Nevada State Board of Funeral and Cemetery Services and Bunkers Eden Vale to identify the men who had fought in World War I, World War II, the Korean War and the Vietnam War.

“Not having family here does not mean they are not loved,” said Nevada Department of Veterans Services Director Kat Miller on Friday. “Their lives were full. … The simple truth is some of us will outlive those you love.”

The service included full military honors for all the veterans.

Serenko said some of the remains had been unclaimed since the 1970s.

“They have been brought home at last,” she said.

“Today we are here to take the final walk with them. … Thank you for sharing a part of life with these 35 veterans,” said Jennifer Kandt, executive director of the funeral services board.

Serenko said the veterans cemetery is a “hallowed and honored place” to remember those who made sacrifices and that every monument tells a story.

Each of the men’s remains was in a blue urn with an American flag on it. During the ceremony, a United States flag was unfurled and folded in their honor.

At the end of the program, each urn was taken to its spot in a mausoleum at the cemetery by a current member of the corresponding branch of the military.

Once at the mausoleum, the service members placed the remains inside, said the deceased’s name out load and saluted.

The nonprofit Nevada Veterans Coalition is based in Fernley. It was started in 1992.