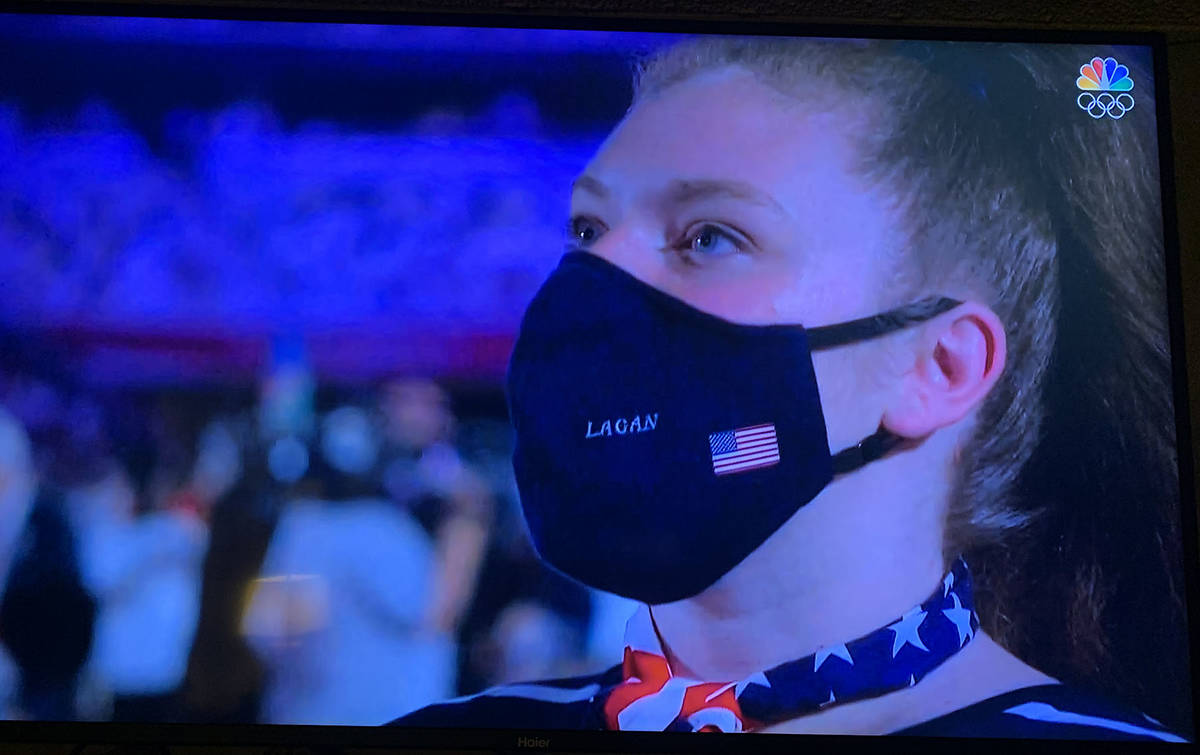 (Hali Bernstein Saylor/Boulder City Review) Alexis “Lexi” Lagan was seen during the opening ceremonies for the Tokyo Olympics on Friday, July 23. She is Boulder City’s first female Olympian and is competiting in shooting events.

UPDATE: Alexis “Lexi” Lagan has completed her events at the Tokyo Olympics. She placed 18th out of 44 in the sports pistol rapid stage, just 10 points shy of the leader in the qualification round with a 580 score.

Only the top eight advance to the finals and medal rounds.

Lagan came in 38th out of 53 in the 10m women’s air pistol Sunday, July 25, in Tokyo and did not qualify for the finals.

On Tuesday, she and partner Nickolaus Mowrer placed 16th out of 20 in the 10m mixed air pistol competition with a combined score of 565 -17x. Only the top eight teams advanced to the second qualifying and medal rounds.

Earlier today, she competed in the women’s sport pistol precision stage, placing 21 with a score of 288 and did not advance to the finals.

Her last event at the 2020 Olympics in Tokyo is the women’s sport pistol rapid stage, which is scheduled for Friday, July 30.

For more information, go to: https://olympics.com/tokyo-2020/olympic-games/en/results/shooting/olympic-schedule-and-results.htm.

Lagan earned her spot on the U.S. Shooting pistol team in February 2020. At the trials, she came in first and was 34 points ahead of fellow teammate Sandra Uptagrafft of Phenix City, Alabama, who competed in the 2012 Olympics. Uptagrafft placed 49th in Sunday’s air pistol competition and placed 10th with her partner James Hall in the mixed team air pistol event.

Her parents are Barry Lagan and Jill Rowland-Lagan of Boulder City.