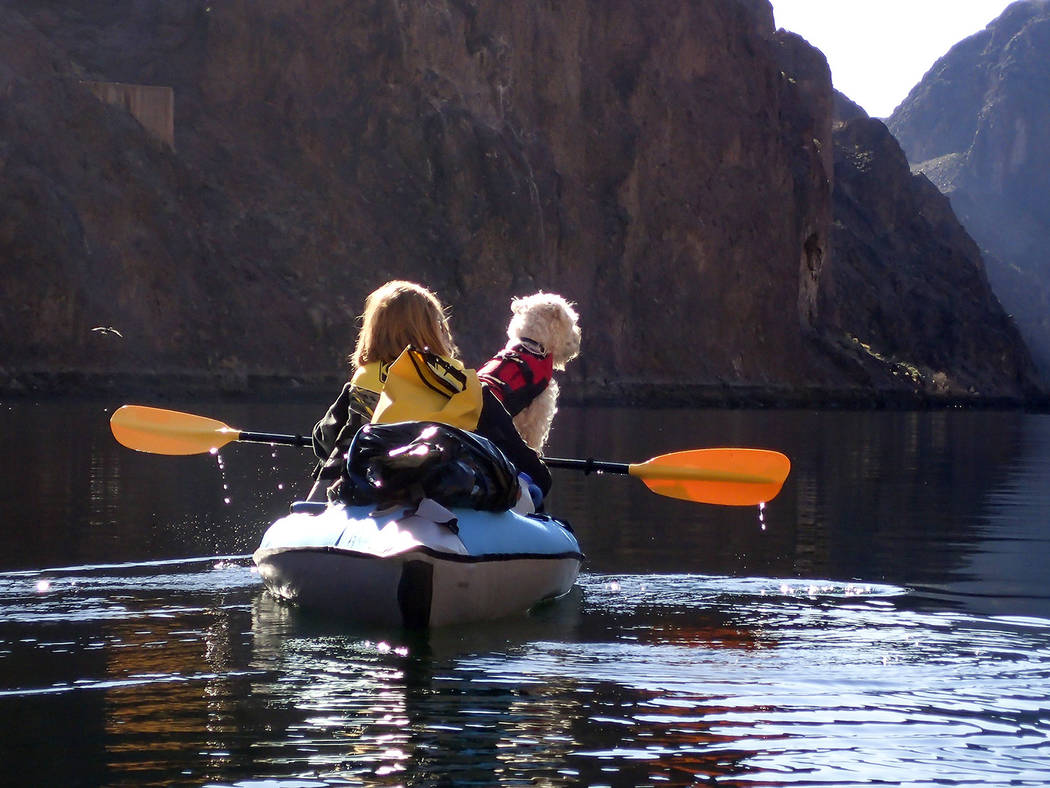 A routine trip down the river led to a new experience for Terry Maurer: winning the 2019 Love Your Lakes photo contest.

Her photo, taken on a trip on the Colorado River at Black Canyon with two friends, won the contest sponsored by Lake Mead National Recreation Area. It sought photos of the lake and why people loved it and will be featured on the park’s annual pass.

“It was just an awesome trip,” she said of her journey along the river.

Maurer is a hobbyist who said she enjoys taking pictures of landscapes and the night skies. She describes herself as someone who likes getting out into the wild and seeing things not normally seen by others. While she is out there, she said she likes taking pictures of those things so others can enjoy them.

“It’s a place for me to get out of my head,” she said. “It’s not work. I’m just trying to bring some beauty back.”

Maurer also works with cancer survivors and said the recent river trip was to scout a future excursion for them. She said she and two friends spent three days and two nights on the river and on the first day she took a picture of Lori Curry with her dog, Creena, on a kayak.

Sometime later she found out about Lake Mead’s photo contest and was encouraged to enter it even though she was hesitant to do so. Maurer said she decided to go for it when she found out the winning photo would be on the park pass. It was the first time she entered a photo contest.

Maurer’s photo was captioned “Anticipation. It’s the not knowing what’s ahead that keeps us moving … keeps us peeking around the corners of ‘what ifs’… be it floating into a hidden landscape or driving hard to manifest a dream, it’s the anticipation of possibility that keeps life dynamic. I wonder what today will bring?”

According to the park, her photo was the unanimous choice for the winner. In addition to her photograph being featured on the pass, Maurer will receive a 2020 park pass.

Maurer said she plans to participate in more photo contests.

When she isn’t taking photos or camping off the beaten path, she is working her day job as a self-employed teacher of chronic disease self-management classes. She also puts on the Rose Regatta Dragon Boat Festival on Lake Las Vegas. She and her dog, Sadie, live in Henderson.