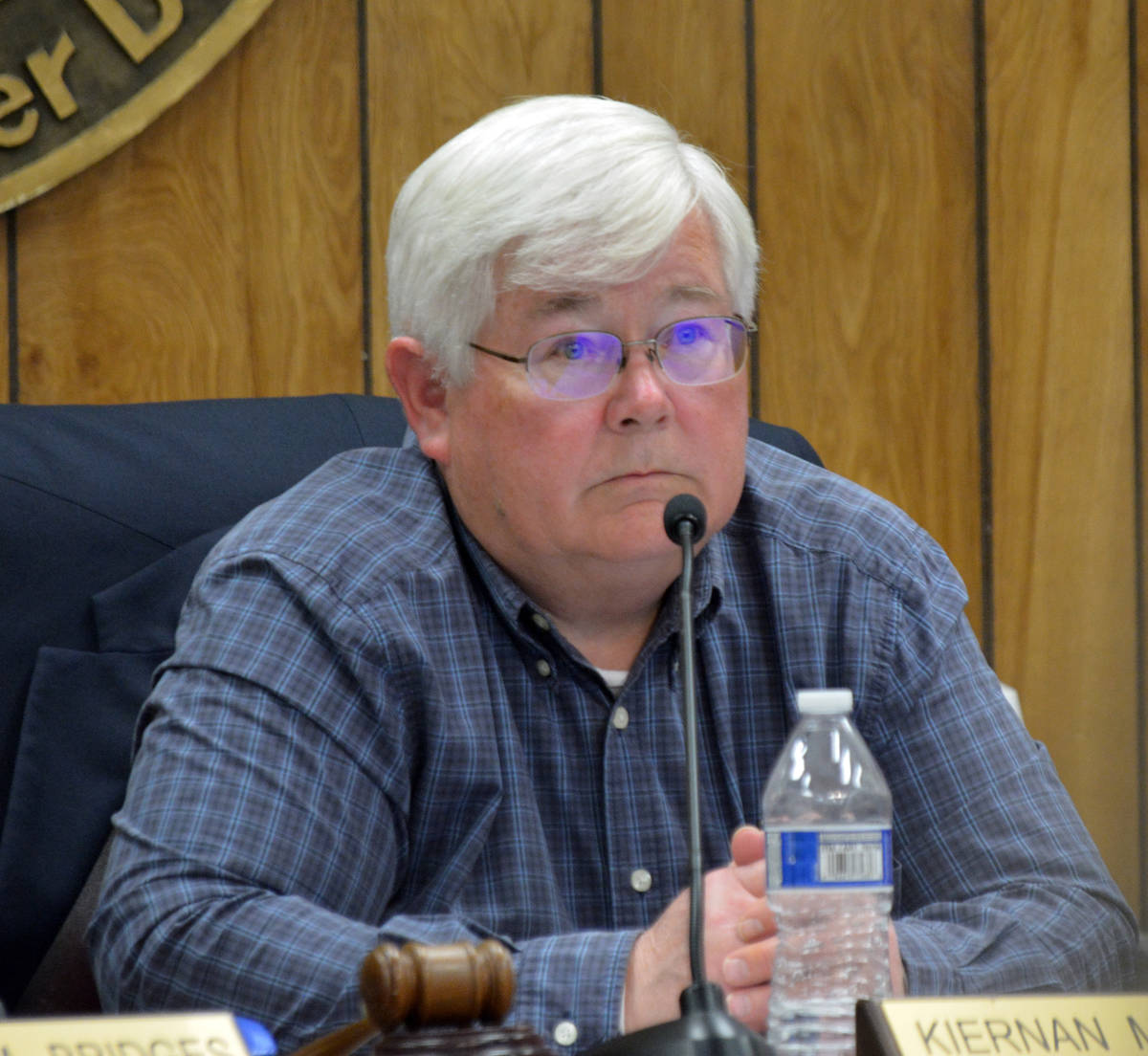 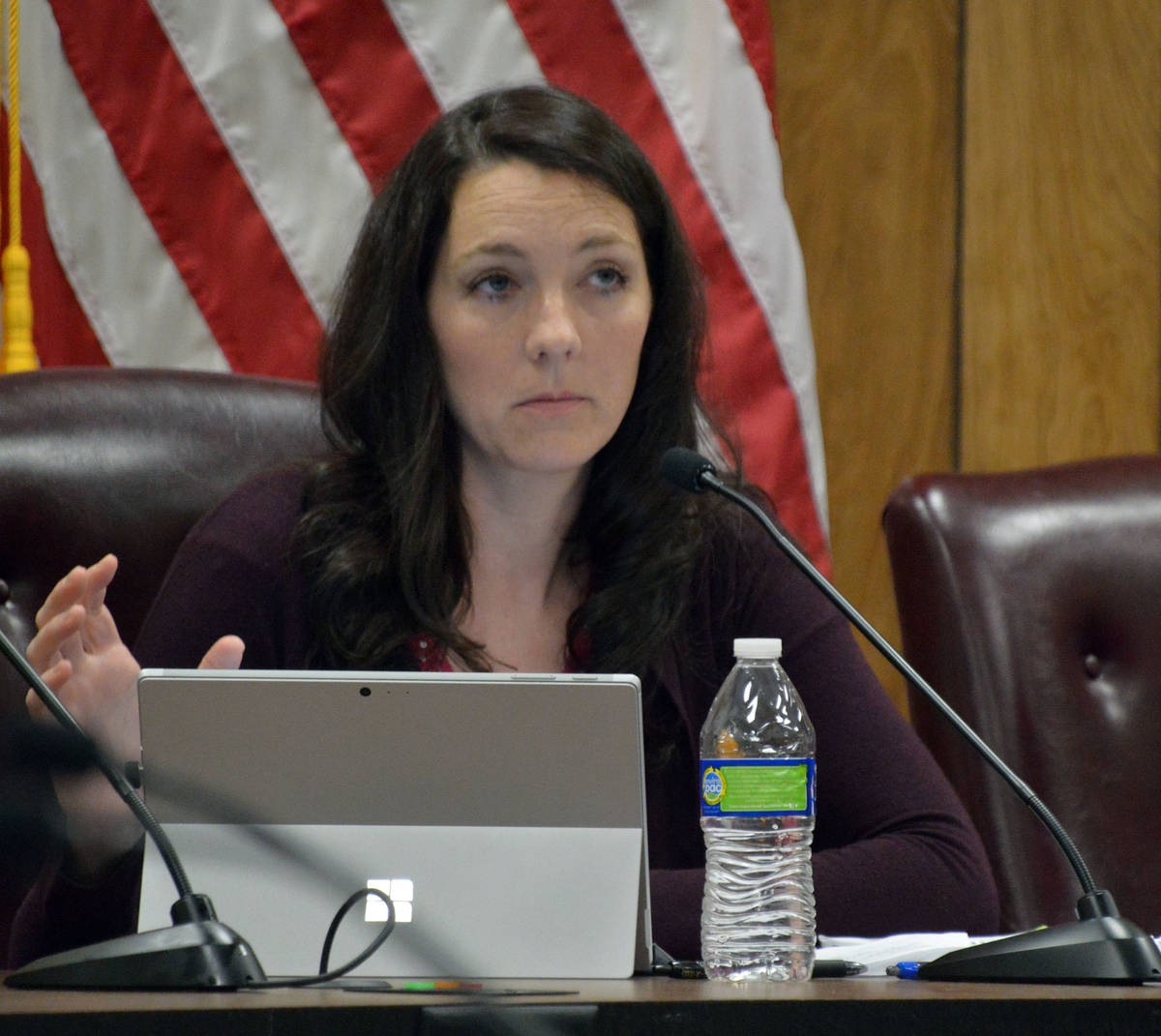 Bailey Kennedy, the law firm representing the city, said these claims fall under a strategic lawsuit against public participation (SLAPP) because the lawsuit was “designed to prevent the City Council from publicly considering actions taken by the Plaintiffs in their official capacities and whether to terminate Plaintiff’s employment contracts for the benefit of the citizens of Boulder City.”

“I find the position and arguments of Boulder City and Tracy Folda and Kiernan McManus not only persuasive but compelling,” Crockett said during the hearing.

Morris and Noyola filed their complaint Aug. 3, alleging a special meeting scheduled for Aug. 6 to discuss terminating their employment contracts was because they substantiated allegations against Mayor Kiernan McManus, who has been accused by city employees of “religious discrimination, harassment, bullying and creating a hostile work environment.”

On Aug. 25, they filed an amended complaint accusing the mayor and City Council of several open meeting law violations.

During the Nov. 19 hearing, Morris’ attorney Richard Gordon said the lawsuit was not anti-SLAPP because the Aug. 6 meeting agenda and all the letters informing Morris and Noyola of the meeting could remain “verbatim.”

“None of the claims … brought in … by the plaintiffs impinge upon the First Amendment rights, the speech rights, the rights to petition of the city,” he said. “None of them.”

Gordon said the issue was with the notice of the meeting Folda gave to Morris and Noyola.

“The letters were not authorized by the public body,” he said. “That’s the issue the defendants don’t address.”

The letters informing Morris and Noyola of the meeting were sent by Folda, and Gordon said in her submitted declaration she says she prepared them, which “is an admission to an open meeting law violation” because she was saying it was an action from an individual council member.

Gordon said under Nevada law the only way a public body can act is through a quorum of its members.

“If it didn’t occur, there is an open meeting law violation,” he said.

Crockett said he did not find that argument “persuasive” and requiring a public body to decide on agenda items in that way would “hamstring” them.

“They would always be in the process of considering a matter for placement on the agenda, never getting around to actually conducting the business of the city,” he said.

Crockett also said that Morris and Noyola’s claims that McManus’ emails to staff and all the City Council members about the Aug. 6 meeting did not violate the open meeting law nor did their meeting with Bailey Kennedy before hiring the firm.

He said they fall under “protected communications” and were supported by McManus’ declaration. McManus wrote that he contacted the members individually about meeting with potential counsel because the matter was urgent and he believed in “good faith” it was the quickest way to inform them of the lawsuit.

“It is explained in painstaking detail since one of the plaintiffs was the city attorney, and the plaintiffs were seeking emergency injunctive relief, the city had to act promptly to ascertain what its rights and obligations and responsibilities were, and the only way to do that was to consult with legal counsel,” said Crockett.

He also said that Gordon’s argument that those emails were not done in accordance with the open meeting law was “just not flying,” had “no wings” and was “absurd.”

Acting City Attorney Brittany Walker said because this motion was granted the city plans to submit a motion to recover the attorney fees it has spent.

Crockett requested that Bailey Kennedy write the order granting the motion to dismiss and set a hearing for 9 a.m. Dec. 17 to ensure its completion. If the order if finished before then, the hearing will be canceled.

The city withdrew a different motion to submit these same four claims for different reasons than SLAPP on Nov. 13.

On Wednesday, Nov. 18, Morris and Noyola filed a second amended complaint, claiming that their firings Oct. 13 violated NRS 608.020 that requires that anytime “an employer discharges an employee, the wages and compensation earned and unpaid” at the time of firing be paid immediately.

A hearing has yet to be set for this newly amended complaint.