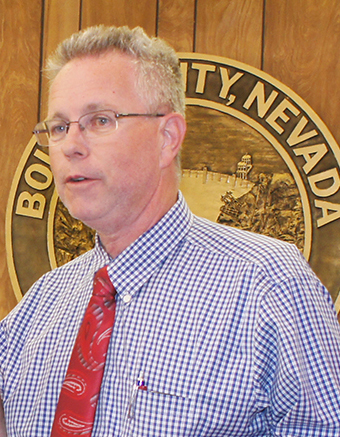 The increased workload for longtime Boulder City Judge Victor Miller has helped him gain full-time status and a significant pay raise granted by the City Council during its Nov. 12 meeting.

Miller has had his own law firm in Las Vegas for decades, but plans to shut it down because of his full-time status with the city. After about eight months of discussion with City Manager Dave Fraser, Miller said he agreed to close his private practice if given the opportunity to be a full-time judge.

“That was part of what the plan was,” Miller said. “It had become too difficult to keep all the balls in the air. My love is in Boulder City, and I didn’t want to short the court or the city.”

During his report to the council, Miller told them that former Municipal Judge Ron Dodd of Mesquite, the jurisdiction with a similar population to Boulder City, made significantly more than he did despite Miller having a 10 to 15 percent higher yearly case load.

According to Transparent Nevada, a website that shows the salaries of state employees, Dodd’s base pay in 2011 was $84,232. That same year, Miller’s base pay was $57,720. According to city officials, Miller’s salary had not been adjusted since 2008. Since then, the court has added three court sessions, bringing the total of weekly sessions to six.

Miller said for the past eight years or so, more cases have come through his courtroom since the Regional Transportation Commission began running bus routes through Boulder City and, in turn, increased the amount of people coming into town.

His increased workload also was triggered, in part, by the 2013 Nevada Supreme Court case of Sparks v. Sparks Municipal Court where the Supreme Court declared that the Municipal Court was a separate city entity and, therefore, all of the administrative duties and employee issues fell to the judge. Duties once handled by the city are Miller’s responsibility.

In 2013, the U.S. Supreme Court also ruled that police cannot force a drunken driving suspect to submit to a blood draw without a warrant or can show an urgent need to act without one.

“Because of that, my 24-hour on-call has become more significant,” Miller said.

“I think it’s only fair to do the best we can and compensate our judge in a way that’s similar to the other judges in the area. It doesn’t make any sense not to,” he said. “We need to make sure he’s taken care of the way he needs to be taken care of.”

Miller’s 30-year Boulder City judicial career began when he handled cases for a couple of hours every Tuesday at City Hall. His old third-grade classroom, which serves as the city’s finance office, was once his courtroom when he had fewer cases on his plate.

“I’m very pleased and satisfied,” Miller said. “I think we have a unique quality of life in Boulder City, and now I’m in a position to help maintain that.”