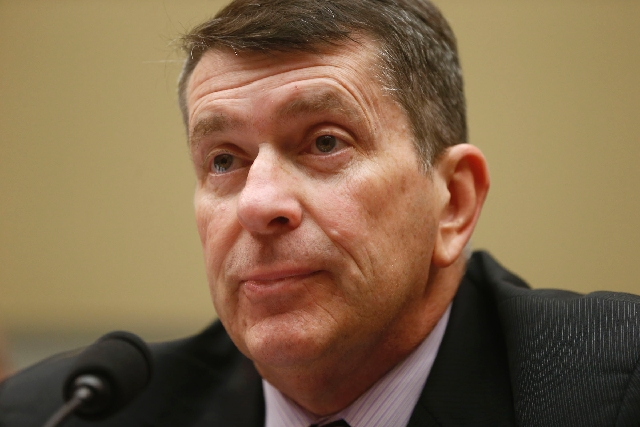 WASHINGTON — A self-described conservative Republican who is a manager in the Internal Revenue Service office that targeted tea party groups told investigators that he, not the White House, set in motion the review, the top Democrat on the House watchdog committee said Sunday.

Rep. Elijah Cummings, D-Md., released a partial transcript of the House Committee on Oversight and Government Reform interview with the unnamed manager in the IRS’ Cincinnati office. In it, the employee said the extra scrutiny for tea party groups’ tax exempt status was an effort to be consistent in reviewing applications and not driven by politics.

“He is a conservative Republican working for the IRS. I think this interview and these statements go a long way to what’s showing that the White House was not involved in this,” Cummings said.

“Based upon everything I’ve seen, the case is solved. And if it were me, I would wrap this case up and move on, to be frank with you,” Cummings added.

In the five-hour interview conducted last week, the manager said one of his employees brought to him a tea party group’s application for tax exempt status. The manager said he recognized the political implications of the decision and flagged it for an office in Washington. Some Republicans have suggested that the Washington office initiated the close examination.

Republicans have complained the IRS targeted tea party groups because they are critical of Democrats and President Barack Obama. An internal IRS report found the agency gave the small-government advocates improper scrutiny.

The uproar forced out the acting IRS chief and put the White House on the defensive against those who suggested Obama was using the government to go after political enemies.

Sunday’s release of yet another partial transcript was unlikely to quiet those critics.

“The American public wants to know why targeting occurred and who was involved,” said oversight chairman Rep. Darrell Issa, R-Calif., in statement released Sunday. “The testimony excerpts Ranking Member Cummings revealed today did not provide anything enlightening or contradict other witness accounts. The only thing Ranking Member Cummings left clear in his comments today is that if it were up to him the investigation would be closed.”

Oversight committee investigators have now interviewed at least five IRS employees about targeting conservative groups for additional scrutiny when they applied for tax-exempt status during the 2010 and 2012 elections. Some employees said they believed that officials in Washington were directing their work but didn’t show any direct evidence to support their statements.

Cummings and Issa have been releasing portions of interviews that back up their assertions. But neither has released full transcripts, making it difficult to discern a complete story. Also, the portions released tend to offer employees’ views on what was happening, not definitive orders that directed them to scrutinize closely tea party applications.

Cummings declined to release the full transcript of the interview he posted on Democrats’ oversight website.

In the 15-page memo describing their interview with the manager, Democrats on the committee said they were withholding the employee’s name at the request of the IRS.

Cummings appeared on CNN’s “State of the Union” and CBS’ “Face the Nation.”