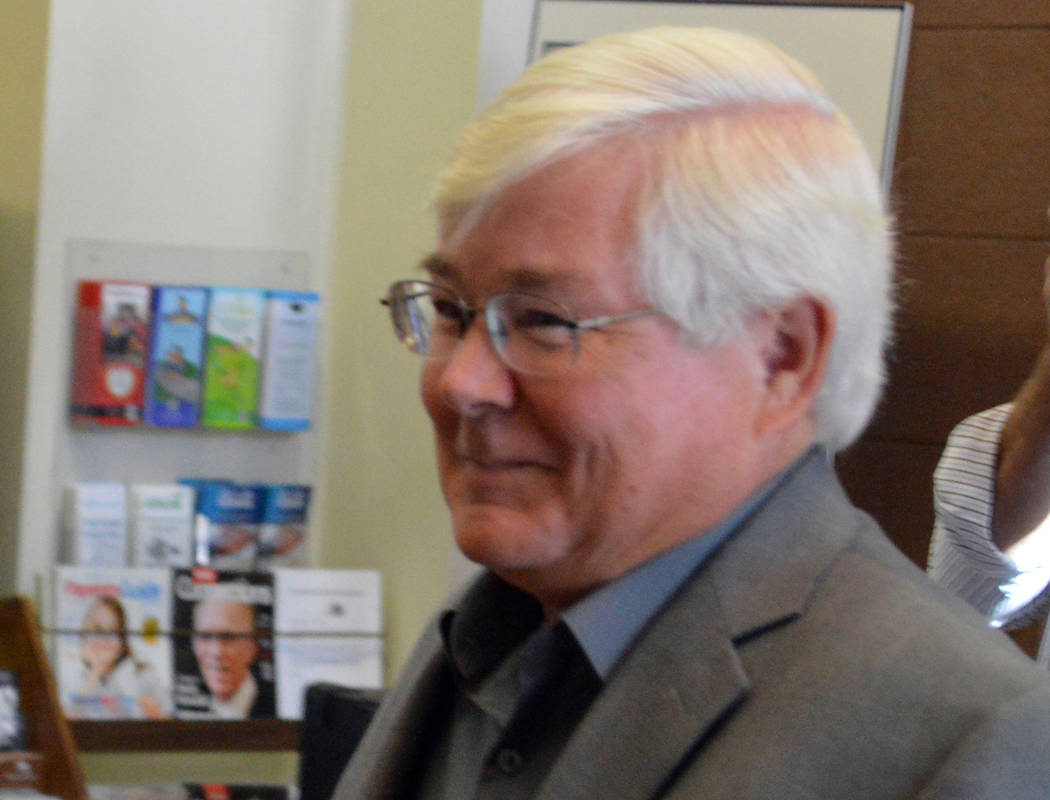 Boulder City voters ushered in a new era of leadership by electing Kiernan McManus as mayor of the town over incumbent Rod Woodbury.

“This was an important election for Boulder City where the voters delivered a clear message for making changes in the direction of the government of Boulder City,” said McManus. “In the past two elections the incumbents have been rejected by voters. I believe that is because the residents of Boulder City firmly believe in what they want for the future of our community. It is the same desire we have had for 60 years. That is a vibrant, successful community with people willing to stand up and ensure we retain the values and qualities we enjoy.”

McManus was first elected to City Council in June 2017 and prior to that served on the city’s Historic Preservation Committee as its vice chairman. He is a Boulder City native with a combined residency of 35 years.

His position as a councilman will need to be filled and can be done through council appointment or a special election, according to Lisa LaPlante, communications manager for the city. She added that a special election would cost the city about $30,000 and take 45 days from a council resolution until the vote.

“My focus will be on returning the benefits our city enjoys as a major hub of power production in the Southwest to our residents,” he said. “We continue to benefit from the federal government efforts in our city as our largest employer. The history that rose from the construction of Hoover Dam also gives rise to a tourism industry segment in our town. But most importantly we live in Boulder City because it is Boulder City. We have protected our town in order to improve it. My promise as your mayor is to continue to ensure our conservative growth while looking for opportunities that fit our community. We are a fortunate community with many assets. I will see those assets benefit our residents.”

Additionally, he said he plans to take a “very close look” at the utility rates and see if the solar rates can help reduce them as well as looking at some areas of the city budget that was just passed.

Woodbury was elected as Boulder City’s 16th mayor in 2015. Before that, he served one term on the council, which started in 2011.

“I feel like we campaigned as hard and as smart as we could … . We gave the people the information and let them make a decision and, unfortunately, it didn’t go our way,” said Woodbury after the election. “It feels good to have done my best.”

In his time on council and as a mayor, Woodbury was involved with many projects and issues, some of which he inherited when he came on board.

He said he is proud of the staffing issues he helped resolve and the new people he helped bring in.

“We have super strong leaders there,” he said about the city.

Additionally, Woodbury said he is proud of the two landfill extensions that were done in his eight years working for the city as well as being a part of Interstate 11 becoming a reality. He said he also hopes the great projects like the railroad museum expansion and River Mountain Loop Trail expansion continue.

The new term of office will start June 25 and run through November 2022. The terms for the winners are not four years because the city is aligning its elections to even years.