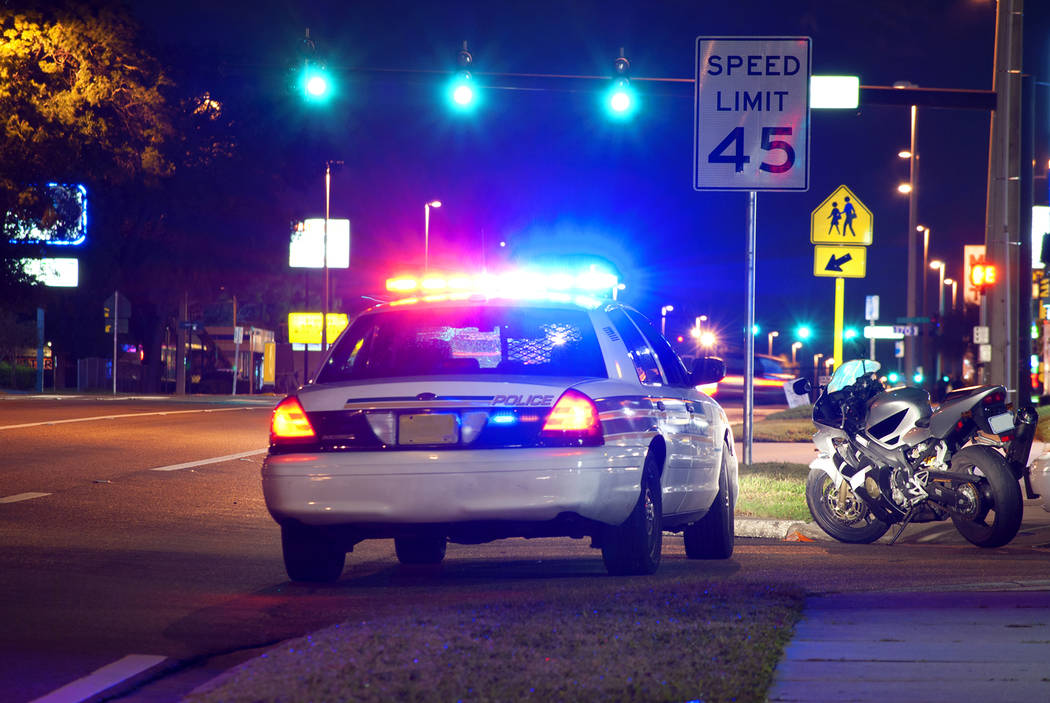 Boulder City Police Department will be joining with officers from the Nevada Highway Patrol and Metropolitan Police Department to increase patrols Friday through Sunday, April 27-29, on U.S. Highway 95 between Interstate 11 and Searchlight.

The increased patrol is part of a statewide Joining Forces speed enforcement campaign and occurs during the Laughlin River Run, where a large influx of motorcycle enthusiasts are expected.

Last year, police responded to one fatal accident during the River Run and made numerous stops for speeds in excess of 100 mph.

As part of the statewide enforcement, which continues through May 8, officers will be looking for drivers exceeding the speed limit.

“The open highway can have unseen hazards: Potholes, debris and even wildlife can interfere with drivers,” said Boulder City Police Chief Tim Shea. “Motorcyclists often can’t slow down or stop as easily as someone driving a car. One error can have fatal consequences.”

Speeding contributed to 9,557 deaths in 2015, according to the National Highway Traffic Safety Administration.

More information about safe driving, the state’s Zero Fatalities goal or Joining Forces and other statewide traffic safety programs is available at http://www.zerofatalitiesnv.com.