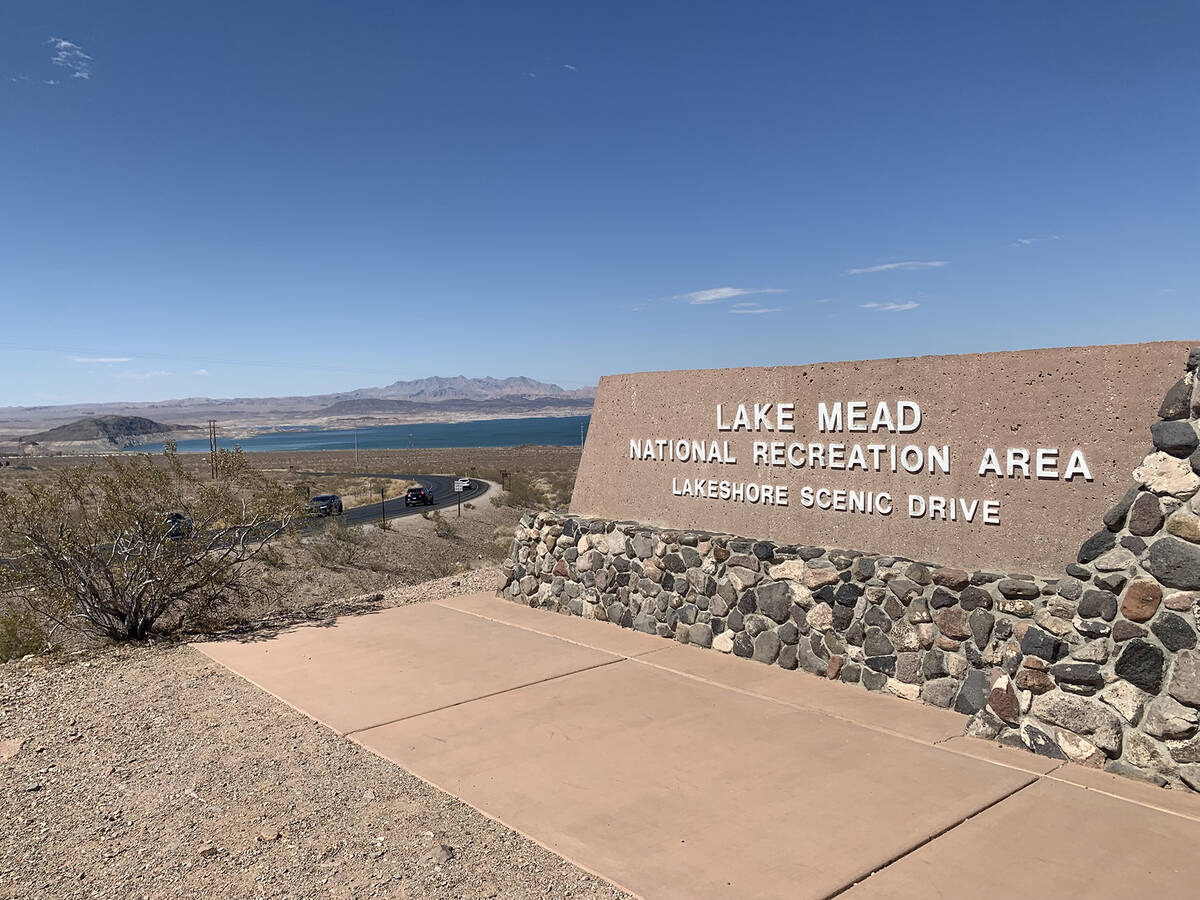 The Wildfire Response and Drought Resiliency Act combines more than 48 individual pieces of legislation, including those sponsored by Nevada lawmakers, to address severe climate issues.

“This can’t be overstated — Nevada is facing the worst drought in 12 centuries, and it’s an existential threat to our communities and our future,” said U.S. Rep. Susie Lee, D-Nev.

Also included in the massive bill is $1.6 billion to raise firefighter pay and $2.4 billion for forestry management to prevent and combat wildfires that are ravaging California and other Western states.

The legislation authorizes spending $500 million by the Department of Interior over three years to prevent declining “critical low water elevations” in Lake Powell and Lake Mead.

That amount is in addition to the $300 million the Interior Department received in the bipartisan Infrastructure Investment and Jobs Act last year. The money is for voluntary reductions and increased conservation on the Colorado River, which feeds the two reservoirs.

Lake Mead is the major source of water for Las Vegas.

Water levels at Lake Mead have dropped 161 feet since 2000, and the reservoir is at 27 percent capacity, the lowest since it was filled in 1937. The Bureau of Reclamation has projected a further drop of 20 feet by next year.

Other money for Nevada

U.S. Rep. Dina Titus, D-Nev., said measures in the massive bill would address the drought and water shortage, and “will help those living in Western states meet the challenges of fire and drought which have been exacerbated by the climate crises.”

Titus also was instrumental in other measures tucked into the bill that build on projects she and the state’s congressional delegation were able to include.

The bill includes a measure by Lee that would provide $700 million for a competitive grant program for water recycling projects, including one underway that would benefit Nevada and California. It also was co-sponsored by Titus and U.S. Rep. Steven Horsford, D-Nev.

Horsford noted that the overall legislation not only includes investments to keep safe water levels at Lake Mead, it also “makes significant investments in water reliability for tribal lands.”

The funds for the recycling project grant program are in addition to $450 million for a similar program included in the infrastructure bill last year by Lee and U.S. Sen. Catherine Cortez Masto, D-Nev.

Cortez Masto has introduced Senate legislation this year to match the amount Lee sought in the House bill for the competitive grant program for large-scale recycling projects, such as the one being built by the Southern Nevada Water Authority and the Metropolitan Water District in Southern California.

That major recycling program is the only one of its kind currently moving forward, and eligible for the grant funding.

When completed, it would allow Nevada to receive another 25,000- to 30,000-acre feet of Colorado River water each year, a 10 percent increase, according to John Entsminger, Southern Nevada Water Authority general manager.

Some $25 million is also in the House legislation for the restoration and improvement projects on the Las Vegas Wash, the primary drainage channel for the Las Vegas Valley that carries 200 million gallons of water daily to Lake Mead.

The authorization for the funding was in legislation co-sponsored by Titus, Lee and Horsford on the request of Southern Nevada entities.

The wash is a critical part of Las Vegas’ water infrastructure. It provides green space in the valley for recreation and supports habitat for wildlife.

Entsminger said the lower portion of the wash in particular provides infrastructure protection by slowing the water down and reducing erosion along the water’s path.

The money from the bill will help fund the construction of additional low-level dams in the lower wash that help further limit erosion as well as restoring vegetation, Entsminger said.

The funding would follow another recent investment from the federal government for the wash program. The water authority received $900,500 from the Department of Interior earlier this month as part of $36.1 million investment to safeguard local water supplies across the west.

The total cost to restore the lower wash is estimated at more than $100 million, and Estminger said the funding in the bill represents a significant additional commitment at the federal level.

“We are absolutely happy to see that funding coming our way,” Entsminger said.

Nevada lawmakers were successful in getting other measures into the wildfire and drought legislation, which must be reconciled later with a Senate version of the bill.

Republicans opposed the House bill, which some described as a “wish list” of pet projects for Democratic lawmakers.

But others voiced concern that some of the water programs, like establishing an inter-agency Water Data Council, would subject the water rights and use of agricultural interests, like farmers and ranchers, to scrutiny — and efforts to secure resources for population centers and commercial users.

U.S. Rep. Mark Amodei, R-Nev., said the bill would create a water monitoring program that could be used by litigants against farmers and ranchers with water rights, and block access to 58 million acres of roadless forest areas making them more susceptible to wildfires.

“The shamelessness continues — only this majority party leadership in the House could fake a title like this and fill it with nature’s worst nightmares. I vote no,” Amodei said.

Republicans also balked at federal pay mandates for firefighters at $20 per hour and management proposals for lands under the U.S. Forest Service.

More than 70 amendments were filed for consideration, but many were dismissed by the Rules Committee, including a bill by U.S. Rep. Cliff Bentz, R-Ore., which would roll back protections in the Endangered Species Act.

In other congressional action, the Senate approved legislation July 28 authorizing water projects for the U.S. Army Corps of Engineers that increases funding from $25 million to $50 million for Lake Tahoe basin projects.

Cortez Masto and U.S. Sen. Jacky Rosen, D-Nev., requested the funding increase, as well as $105 million for the Western Rural Water Program which serves communities in the state, and Truckee River restoration projects.