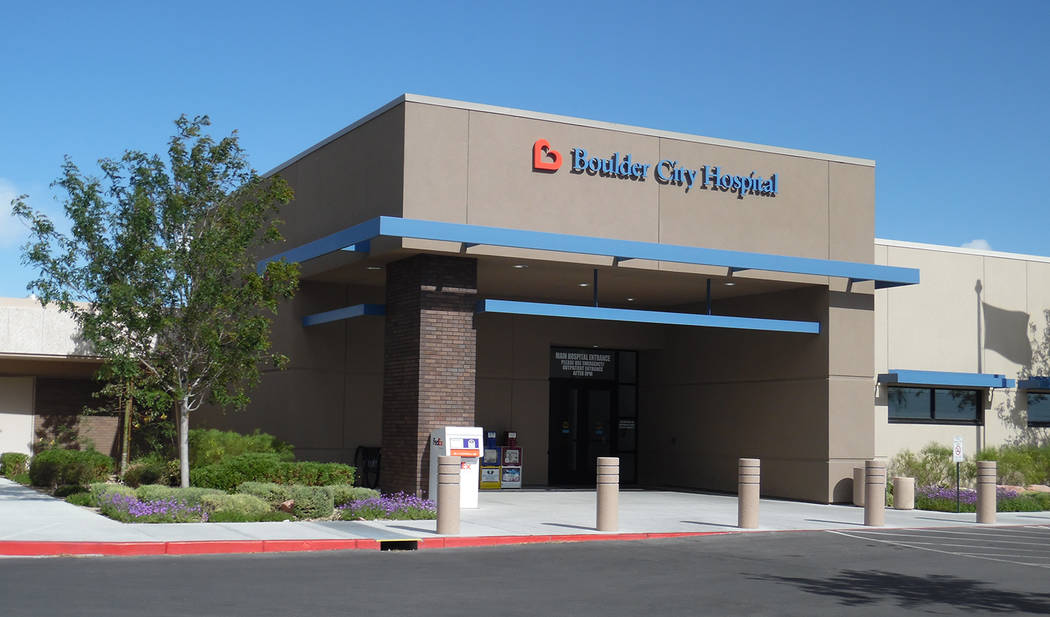 Four years after a multimillion-dollar renovation and expansion project to make Boulder City Hospital a more financially viable institution, the medical facility is about to embark on another project to bring much-needed health services to the community.

Last week, the U.S. Department of Agriculture announced it has funded a $4.2 million guaranteed loan for the hospital that will allow the facility to make repairs and improvements along with creating a rural health clinic, said hospital CEO Tom Maher.

Planned improvements at the hospital include changing out all of the imaging equipment, such as the medicine camera and CT scanner, which Maher called “really old.”

“Our down time is longer than the up time,” he said.

The hospital is working with Siemens to reoutfit the entire imaging department, which is where a good portion of the money from the loan will be spent.

“The imaging center will be the jewel of the hospital for a while,” Maher said, adding they will likely have an open house so area residents can see what type of services are available.

Additionally, Maher said the hospital needs to fix its leaky roof, take care of plumbing and interior patient rooms issues and obtain other pieces equipment such as ventilators.

The list of improvements added up to $4.2 million, he said.

Greater Commercial Lending, a subsidiary of the Greater Nevada Credit Union, will administer the loan, with a 90 percent guarantee from the USDA. Maher said the money guaranteed by the USDA has to be used for capital projects.

USDA’s involvement guarantees that the hospital will pay back the funds it borrows to make the improvements and is similar to the $16.2 million loan the hospital used in 2014 for its two-phase expansion and renovation project that added a 10-bed acute geriatric-behavioral center, 10-bed inpatient acute rehabilitation facility, more accessible registration area and physical and occupational therapy department as well as an enhanced gift shop.

By using the loan for the improvements, it frees up funds to establish the rural health and urgent care clinic in the adjacent 999 medical office building, he said.

“We are a medically underserved area,” he said.

Maher said there is a significant population in Boulder City of those with Medicaid who have no access to a primary care physician.

“For the general population, it’s going to be primary care so they will get the same services they would receive from their family doctor. You can make an appointment for whatever ailments you typically have for yourself, or your kids or your loved ones. You have a cold, a scrape or need a regular checkup,” he said.

The clinic also will be able to serve those who need services for things such as an earache or ear infection where it’s not necessary to visit “an emergency room but you can walk in without an appointment,” he said.

As the program grows, Maher said they expect to recruit much-needed specialties such as obstetrics, gynecology and pediatrics.

“This is huge for Boulder City; we’ve never had that here,” said Linda Faiss, who has served on the hospital’s board of trustees since 2008.

According to Maher, they are in the process of completing the paperwork to obtain the loan and he expects that to happen within the next few weeks. At the same time, they are working on getting the entire building at 999 Adams Blvd. certified as a rural health clinic so they can begin full operations by the end of the summer, and leave room for expansion.

Some renovation of the medical office building has already been completed, and there are several suites in the building that are ready and outfitted to get the clinic running as soon as policies and procedures are in place and additional staff is hired.

Because of the application process and need for established records, Maher said they have been able to offer some clinic services to residents of the hospital’s long-term patient care center. However, they can’t bill for those services until the clinic is fully certified, which is why is hasn’t opened to the public yet.

Maher said it is imperative that Boulder City residents understand the facility is an independent, nonprofit hospital.

“We are the only hospital in Nevada that is not part of a corporation or subsidized by a tax district,” he said. “The only one.”

As a result, soaring operating costs and much-needed repairs and improvements to an aging facility have left Boulder City Hospital “hanging by a thread sometimes — almost literally.”

“We are living on borrowed time and will do whatever it takes to keep us viable,” Maher said.

They have been working on getting the clinic established, as well as the loan to make improvements to the main hospital since February 2017, Maher said.

“This hospital would have closed a long time ago if not for Tom,” Faiss said. “Tom has saved this hospital several times.”

While the community supports major fundraisers such as Art in the Park and the foundation’s Heart of the Community gala, Faiss said they aren’t enough to “pay the rent or pay the mortgage.”

To keep the hospital operating sometimes “you have to think outside the box. Tom is amazing at that,” she added, noting partnerships and new service lines he established that bring in revenue.