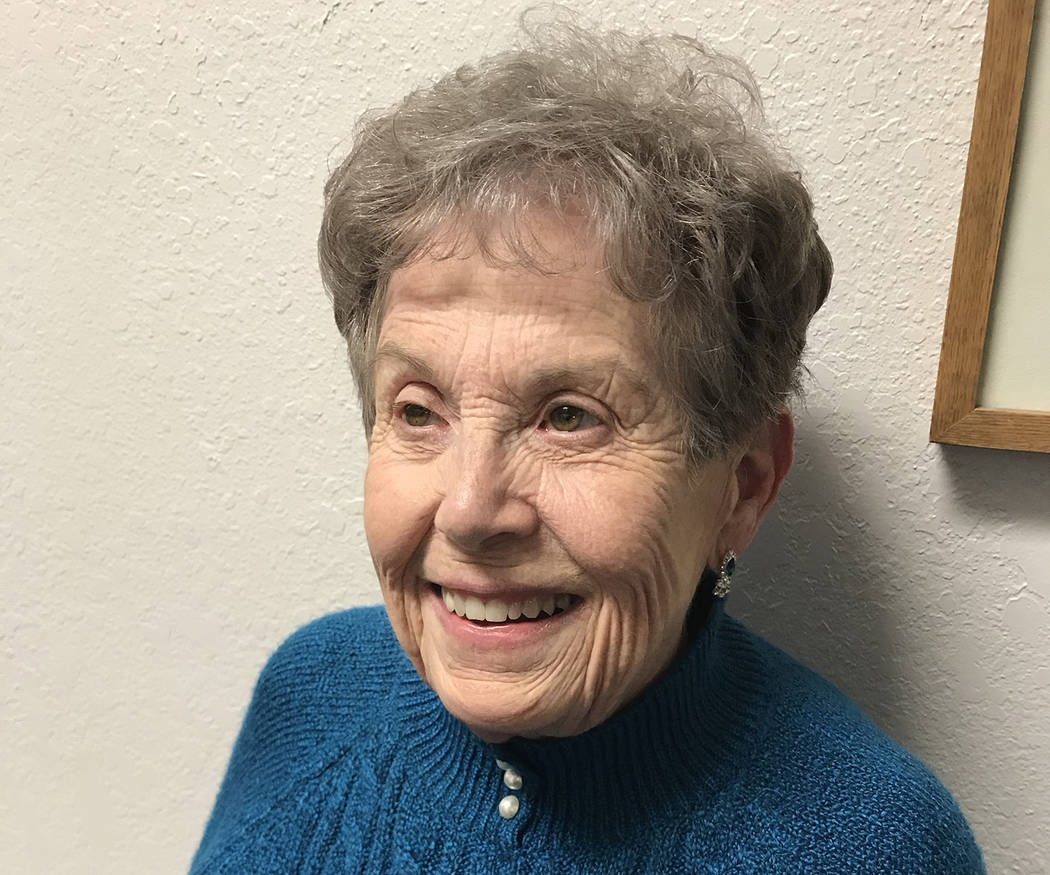 Hoskins, an 18-year-resident of the city, was chosen when her name was picked by lot after a tie vote with fellow nominee Judy Dechaine.

“Thank you to everyone,” she said immediately after she was selected. “I’ve always been a civil servant and will try to work with all civil servants on staff.”

She will serve the remainder of the late Councilman Warren Harhay’s term, which expires in 2021.

Hoskins was nominated by Mayor Kiernan McManus and seconded by Councilwoman Tracy Folda, both of whom voted for her.

Dechaine was nominated by Councilwoman Claudia Bridges and seconded by Councilman James Howard Adams, both of whom voted for her.

After the tie vote, the names of both nominees were put into a vase, and Hoskins’ name was selected by McManus.

There was some confusion when voting for the position began as Adams voted for Dechaine and Hoskins twice. Prior to the third vote, City Clerk Lorene Krumm explained that each sitting member of the council could vote only once.

Before nominations were made, potential candidates and their supporters spoke about their qualifications for the position. In all, 10 people sought to be appointed to the council, including former Councilmen Rich Shuman and Travis Chandler.

“Thanks to all the people who stepped up and expressed interest in the position,” McManus said, adding that “there are a number of ways to continue to serve.”

In nominating Hoskins, McManus said he thought she would be excellent in the position.

“I have had the rare opportunity to be on both sides of this,” Folda said. “There are a lot of good candidates. Everyone has done good things for the community.”

She added she thought Hoskins works hard to be fair and will ensure that all sides are heard from and represented.

Bridges also thanked all who “put their name in the hat” and said there were “things I liked about everyone I talked to. It all boiled down to someone who worked really hard to get up here.”

She said Dechaine does her homework before every meeting and knows exactly as much as everyone on the dais about what’s on the agenda.

When seconding her nomination, Adams called Dechaine a critical and independent thinker who attends all the meetings. He said she was nominated by Harhay when they had to appoint a council member in July and thought it was fitting to follow his wishes.

Currently a member of the city’s pool committee, Hoskins said she will resign that spot because there cannot be three council members in the group. But she will continue to work to get the community an affordable pool.

“I think that can be done,” she said.

Additionally, Hoskins said she has a strong admiration for the animal shelter and wants to see more done to support the facility, as well as making sure the staffers’ concerns are heard.

She called herself an “independent thinker and problem solver” and touted her 15-plus years of leadership as president of the Bella Vista Property Owners Association. Prior to retiring from the Department of Defense, she spent more than 26 years in government service.