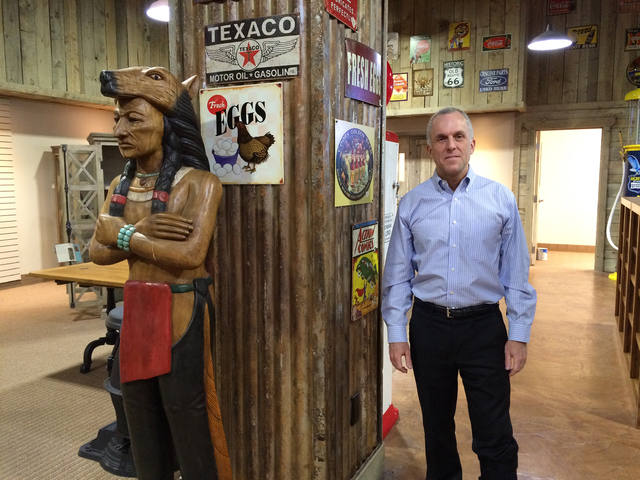 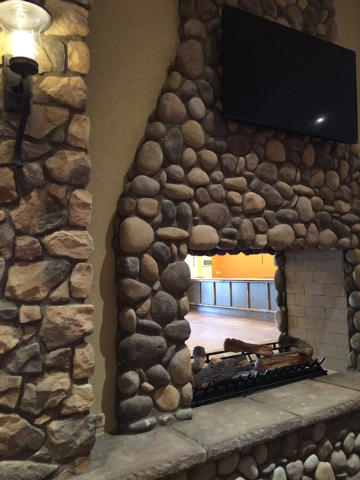 After a two-month closure to finish the casino floor renovations, the Hoover Dam Lodge is ready to reopen for business.

About five weeks after officially changing its name from the Hacienda, the Hoover Dam Lodge closed its doors as finishing touches were put on the casino floor and other amenities were completed.

A soft opening is planned for noon Friday, with the official opening at 5:30 p.m. with a ribbon-cutting ceremony hosted by the Boulder City Chamber of Commerce.

“We want to give people a preview of what they can expect to see throughout the property,” he said.

A less-visible upgrade is the near-absence of any signs throughout the property. The only signs displayed overhead will be for the restrooms.

“We don’t want you to be cluttered by traditional casino signage,” DesChamps said. “We want you to explore.”

A few upgrades to the Hoover Dam Lodge include a gym, laundry room and business center. The new 22-seat circular bar near the lobby is adjacent to The Steakhouse, which DesChamps said will stay the same except for a friendlier presence from the host as a lectern will be out closer to the main casino.

Just down the wooden walkway from The Steakhouse is the General Store, a gift shop-convenience store fusion that sells souvenirs, candy, sodas, beer and other amenities. The 4,000-square-foot General Store features vintage signage from companies such as Coca-Cola, Pontiac, General Motors and 76, among others.

All of the signs are for sale, DesChamps said, but the old-fashioned windmills and vintage gas pumps are not. The General Store, which DesChamps referred to as “the center hub of everything,” will be open 24 hours a day.

The renovated Bighorn Cafe, which can hold 180 people, will serve simple foods such as sandwiches, soups and salads, DesChamps said. Breakfast will be served until the cafe closes at 9 p.m.

Those interested in the history of Hoover Dam can watch 15-minute videos of the dam’s construction, as well as construction of the O’Callaghan-Tillman Memorial Bridge near the Dotty’s at the west side of the property.

DesChamps said one of the concepts he’s most looking forward to is the prize wall, where players can redeem their points for prizes. DesChamps said the wall will feature about 120 prizes at any given time and will include music players, tablets, blenders and watches.

Between the Dotty’s and the main casino, about 250 slot machines will be available for play once the property reopens. DesChamps said talks are still ongoing about bringing in live gaming.

“We’ve got a spot designated for table games, but we won’t have it on opening day,” he said. “Table games are all about volume.”

About 50 percent of the property’s business is generated by residents of Boulder City and Henderson, while tourists make up the other half, according to DesChamps.

“A couple dozen” employees were placed on furlough during the closure, DesChamps said. All of the furloughed employees who want to return will be brought back, and will receive a signing bonus once the facility reopens, he added.

Also planned for the property are two smaller casinos within the casino: a Cajun-themed sports bar and Hispanic bar and restaurant. DesChamps did not have a timetable for when they would be finished.

“It’s been amazing to watch the transformation of the property from The Hacienda to the Hoover Dam Lodge; and the positive feedback from the employees, customers and Boulder City community,” company spokesman Reggie Burton said.

The Hoover Dam Lodge employed about 100 people when it closed for remodeling Feb. 5, but DesChamps said new positions were added for the reopening. Friday’s reopening is three days before the Interstate 11 groundbreaking across the street from the hotel-casino.