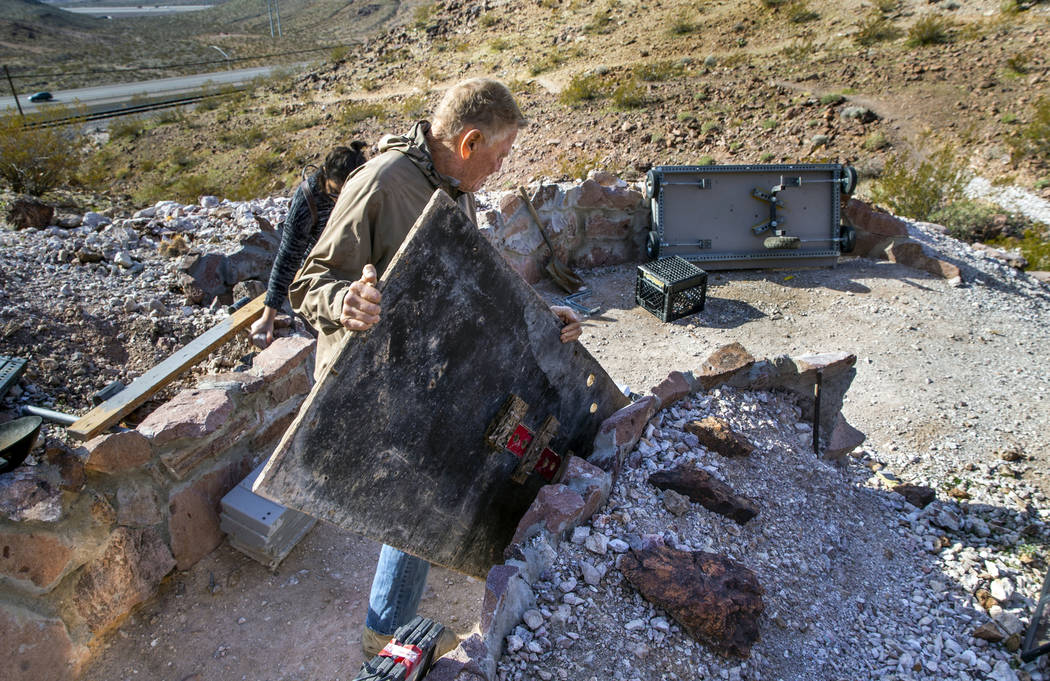 (L.E. Baskow/Las Vegas Review-Journal) Richard Roman cleans out his cave in the hills east of Railroad Pass on Sunday, Jan. 12, after being evicted by Boulder City officials. 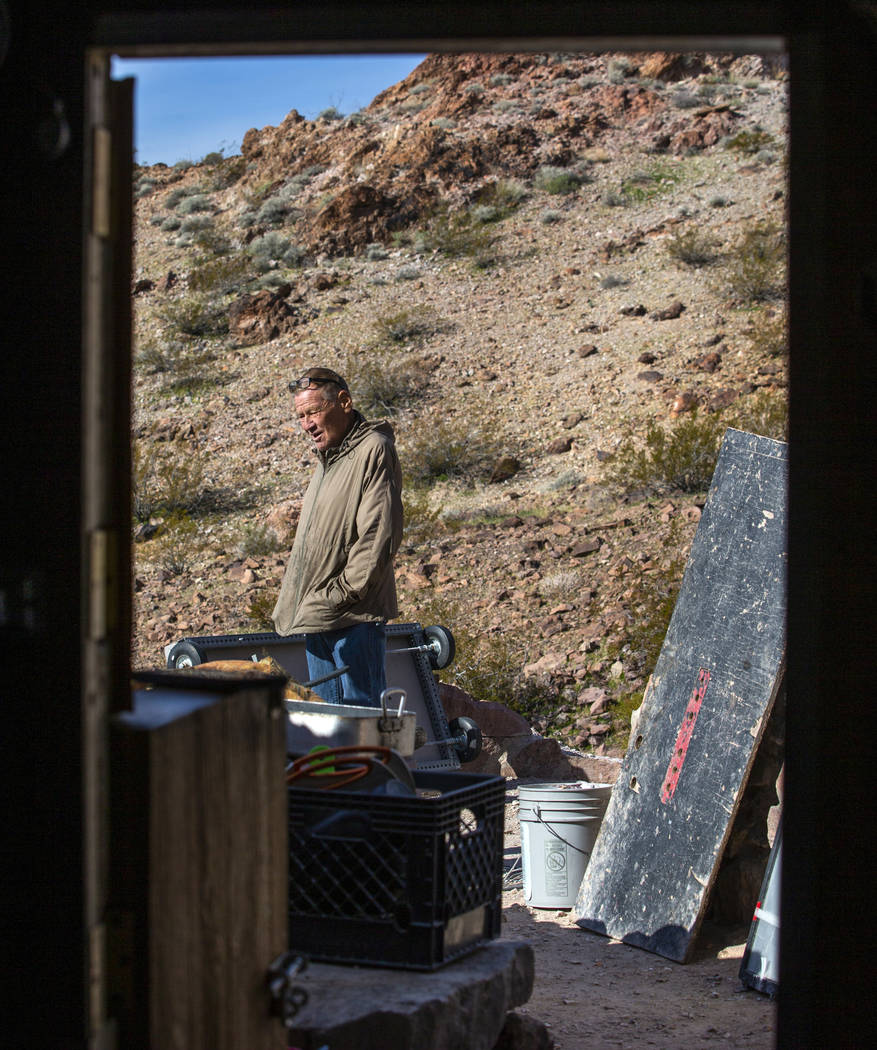 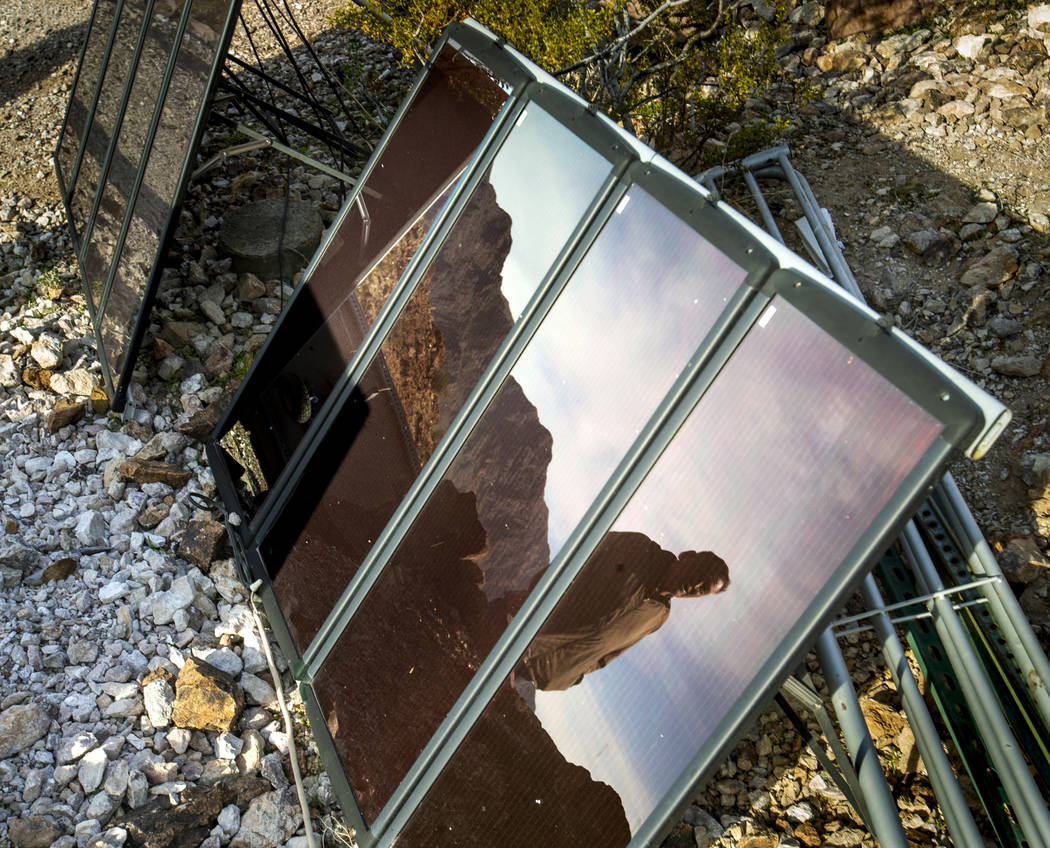 (L.E. Baskow/Las Vegas Review-Journal) Richard Roman is reflected in one of his solar panels as he cleans out his cave in the hills east of Railroad Pass on Sunday, Jan. 12, after being evicted by Boulder City. 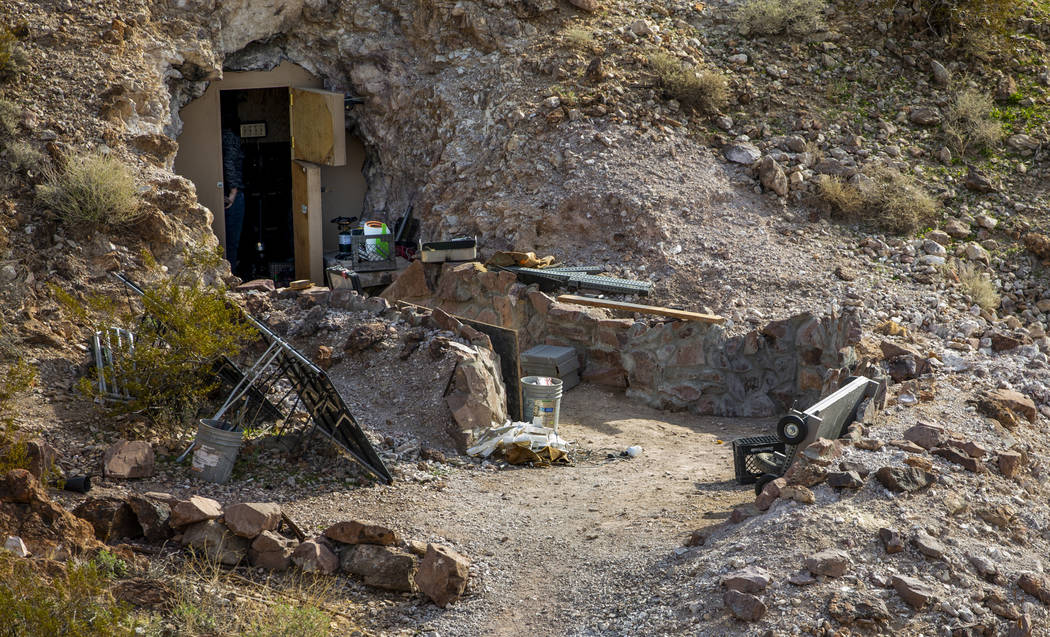 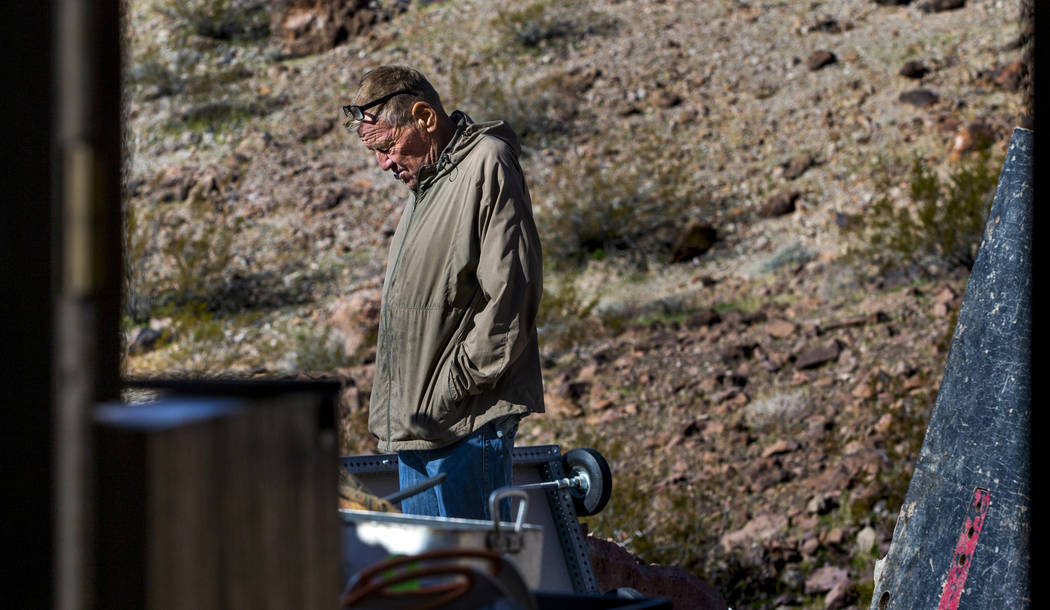 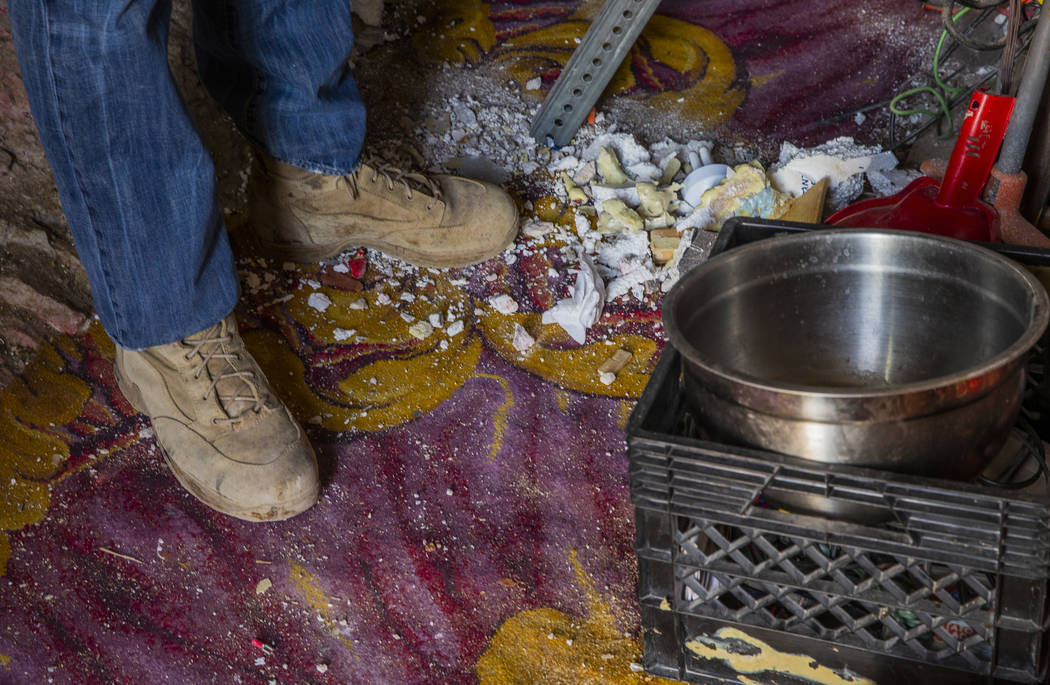 The abandoned mine shaft that was home to Richard Roman for the past seven years is now empty.

In December, Roman was given a 30-day notice to leave by Jan. 18 after Boulder City officials learned he was living at the site, which is in an undeveloped area of town near U.S. Highway 93 and Railroad Pass Casino Road.

Roman said he had packed up his belongings and moved out Friday, Jan. 17. He also said he would be staying with a friend until he moved into a rental unit in Las Vegas in March.

“Last week a Boulder City Police Department sergeant spoke to Mr. Roman,” said Communications Manager Lisa LaPlante on Jan. 20. “He said he would be out by the deadline and moving to an apartment. An officer and someone from public works will go to the site this week to confirm the shaft is empty and remove any items left behind, before a contractor seals it shut.”

LaPlante said the closure is expected to be complete by the end of the month.

The mine shaft extends horizontally about 20 feet into a rocky ridge, where it reaches an approximately 160-square-foot cavern living area. Roman installed two swinging doors at the entrance, had a mattress customized to fit into an elevated corner and used an old fan salvaged from a scrapped vehicle to maintain the temperature at 85 degrees.

Additionally, he had a $2,000 solar panel that powered several LED lights and batteries. The floor of the cavern was covered with a carpet that had been thrown out by a casino. He also painted some of the slabs inside the shaft.

Roman said he disposed of most of those items, including the kitchen counter, bed, solar panels and batteries.

“I don’t want anything that reminds me of the cave,” he said. “Even though the cave is a great place for thinking, it’s so peaceful, this is what I need (to do).”

According to LaPlante, Roman was violating four city codes and two state laws by living in the mine shaft, as well as causing numerous health and safety concerns. She also said when officials found out about his presence, a local police officer and a Nevada Department of Minerals official investigated, and Roman refused any help from them.

When served with the notice to vacate, he was also visited by a representative from HELP of Southern Nevada, who conferred with him and took him to several apartments where he qualified for help.

LaPlante said that, despite the need to enforce the law and keep the mine shaft from being used again, the city’s goal was “to be as understanding, supportive and caring as possible” in helping Roman safely relocate.

According to a task force update, 10 homeless camps at three locations were cleaned up between Nov. 25 and Dec. 18. The task force will give an update of its activities to the City Council at the Jan. 28 meeting.