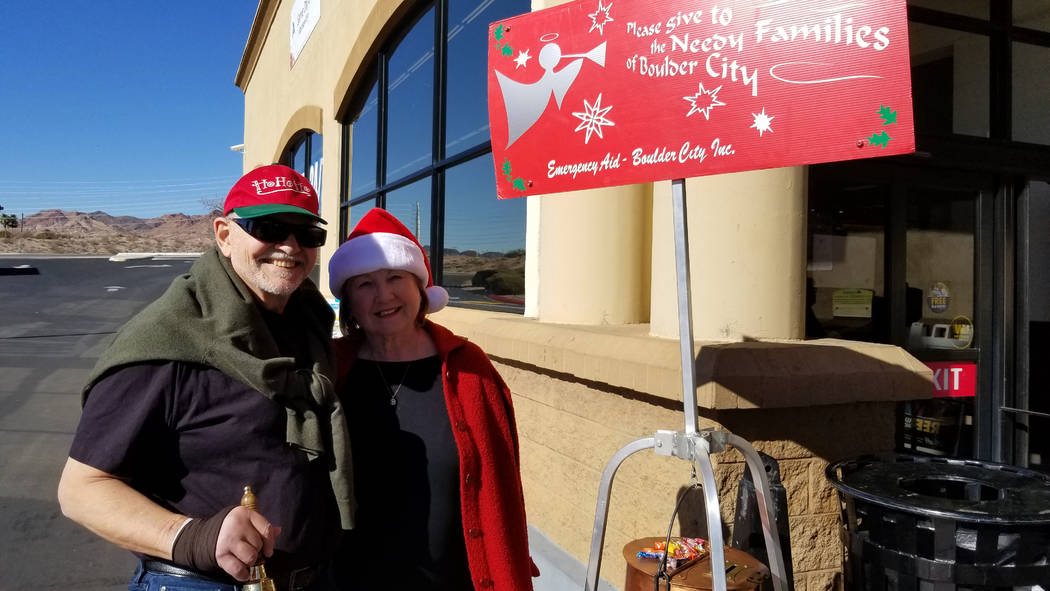 When giving this holiday season, there are several things to do to make sure it's a legitimate tax-deductible donation, including asking the organization for proof of its nonprofit status.

The holiday season is a time when many people give, but it can also be a time when fake nonprofit organizations try to dupe them out of their money.

To protect themselves from scams and know the recipient of their donation, residents can do some practical things before giving to a charity or nonprofit.

According to the IRS, donations to nonprofits or charitable organizations with tax-exempt status are tax-deductible. That tax-exempt status is provided through the 501(c)3 IRS code. Some nonprofit groups may make it seem as if they have that status when they do not.

“It is not enough for the organization to be nonprofit to make the donation tax-deductible,” said attorney Bruce Woodbury. “It must also apply for and be granted tax-exempt status by the IRS.”

Woodbury, a longtime Boulder City resident, is known for his work helping nonprofits, especially local ones.

“They do so much good,” he said. “I always make sure it’s an organization that’s going to benefit the community.”

Woodbury said there are three simple things people can do to make sure they give to a legitimate nonprofit organization.

The first is to ask the organization for proof that it has the 501(c)3 tax-exempt status.

According to the IRS, this form includes the group’s taxpayer identification number and is used when someone requests that information.

A searchable list of the 501(c)3 status for all nonprofits in the country is also available on its website at http://apps.irs.gov/app/eos/.

Woodbury said people should also become as familiar as possible with the nonprofit before donating to it.

One way to do that is to ask if there are people who can vouch for the organization. Additionally, if it’s a group asking for a donation online or over the phone, he always asks to be sent more information.

Lastly, he said, people should give locally if possible.

“There are so many organizations that are part of the fabric of the community,” Woodbury said.

Despite all the planning and research, people can still end up giving to what they think is a legitimate charitable donation, claim it on their taxes and then find out they were wrong.

If that happens, however, the person will most likely not be in trouble.

“You don’t become part of the organization just because you donated money. … But the deduction might be disallowed by the IRS if it catches it, which would probably happen only if the taxpayer was audited for some reason,” Woodbury said.