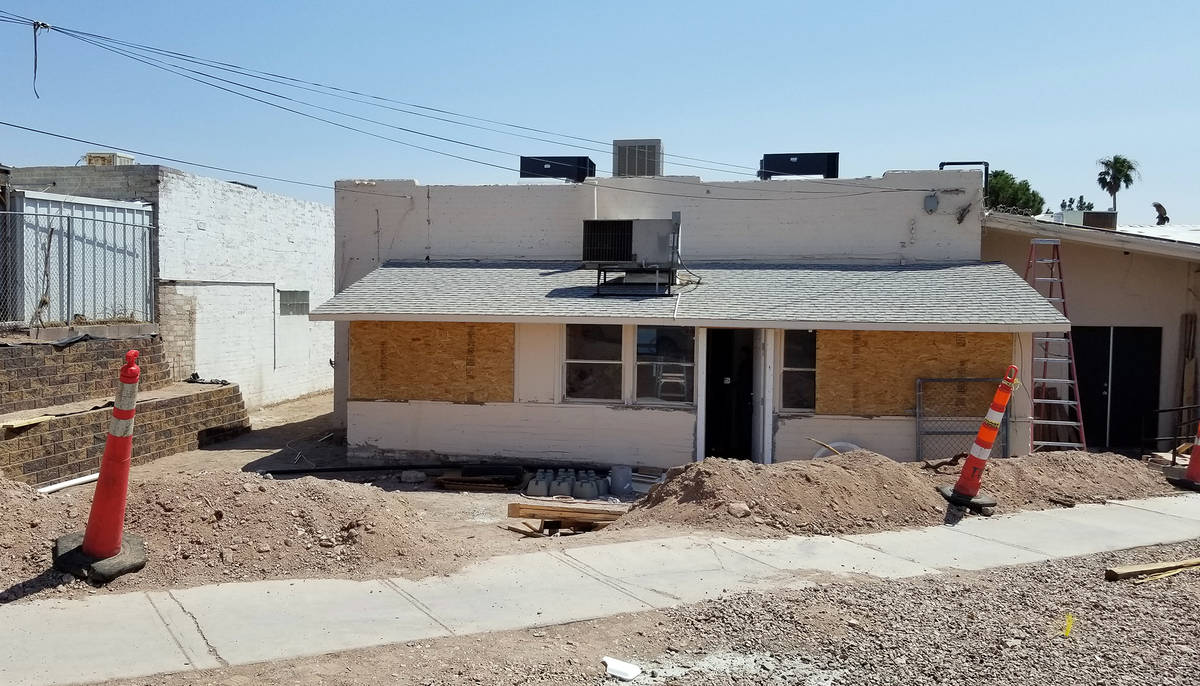 Celia Shortt Goodyear/Boulder City Review Boulder City's oldest commercial building, the Browder building, is being renovated into a coffee shop and bookstore and a Mexican restaurant. Work is also being done at the back of the building.

On Aug. 26, the Historic Preservation Committee approved a motion made by member Ray Turner to ask “City Council to direct this committee, assisted by staff and two council members, to start a discussion on updating and identifying changes” to the historic preservation code. The motion also included a request by Turner for the committee to hold a separate meeting once a month for approximately 90 minutes to work on the changes and updates.

“I think it’s a very, very urgent matter that we … should be leading this change, so to speak,” he said.

One reason why he said an update was timely is because North Wind Resource Consulting LLC has almost completed an update to the city’s list of historic properties and it is recommending the city have an enforceable preservation code. A draft of the report was presented at the Aug. 26 meeting; it must completed by Oct. 26 per the city’s inter-local agreement with the Nevada State Historic Preservation Office.

Member Blair Davenport said they wanted two council members to be a part of the preservation committees’ discussion about updating the code.

Then Chairman Alan Goya said he thought Turner’s idea was “a little cart before the horse” because they are also working with the Nevada Preservation Commission about local preservation. The commission would help gather public input.

“I think if we do an ordinance right now … it would be a limited amount of public input,” he said. “I think we should listen to the public first and then get into the committee.”

Turner said he didn’t think that would be a problem because this update process would not be done overnight and the committee could incorporate the information from the commission with its recommendations.

He also said the public could address their concerns and ideas at committee and council meetings.

Goya submitted his resignation for the historic preservation committee Aug. 27, the morning after the meeting.