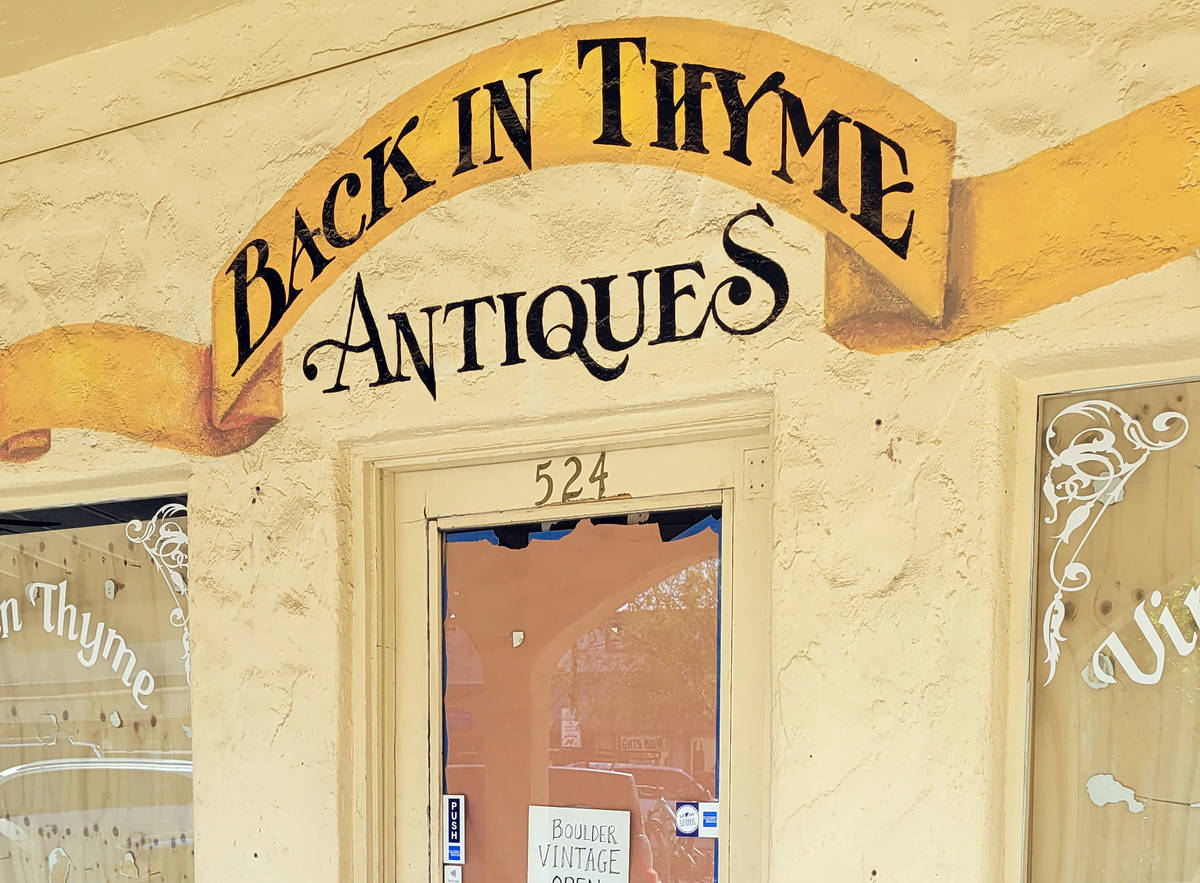 New owners Grant and Larry Turner are turning the former antique store at 524 Nevada Way into a smokeless tavern and live music venue. The Redevelopment Agency recently denied awarding them a historic preservation grant for some of the work. 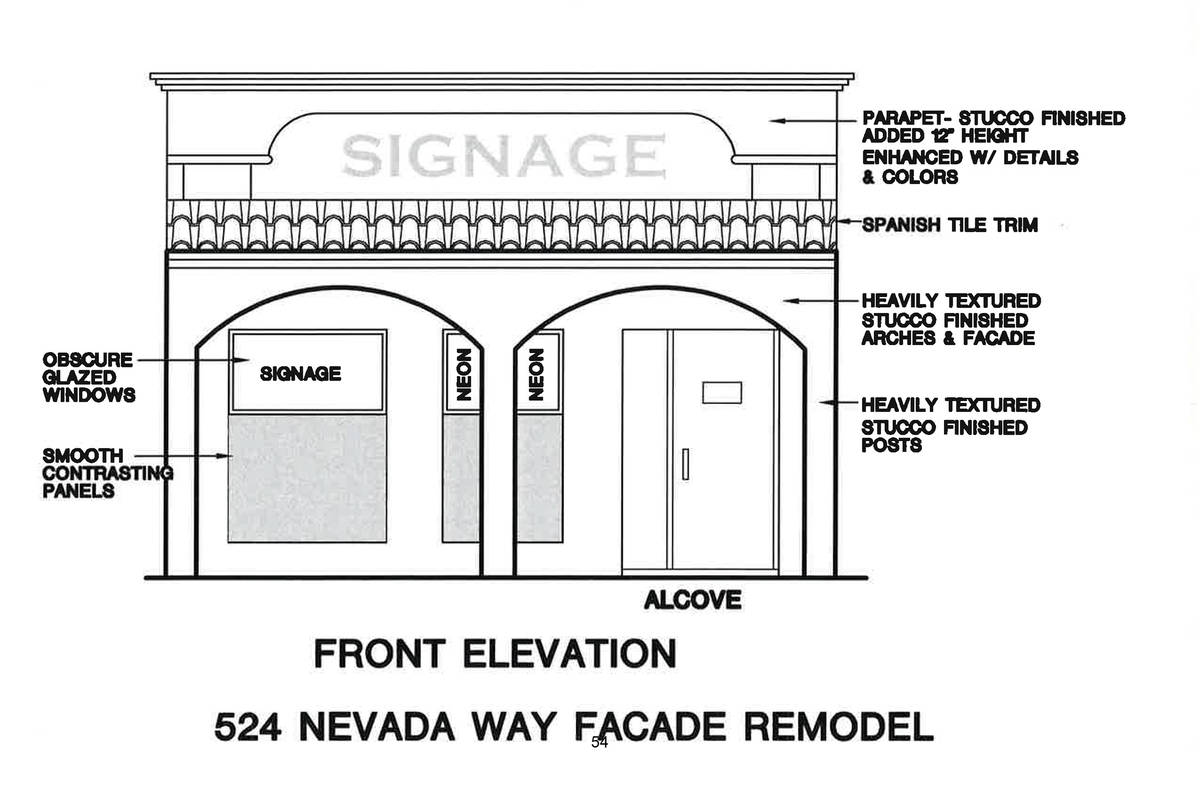 The city's Redevelopment Agency denied a historic grant application from Larry and Grant Turner to renovate the former antique store at 524 Nevada Way into a smokeless tavern and live music venue.

A local builder is accusing the city of defamation after the Redevelopment Agency denied his application for a historic preservation grant and one of the members said some of his costs were “exaggerated.”

At Tuesday’s, April 27, RDA meeting, Grant and Larry Turner’s application to receive $36,868 in reimbursement for phase one of turning the former Back in Thyme antique store at 524 Nevada Way into a smokefree tavern and live music venue was denied.

In a 3-2 vote, the RDA members denied the application despite support from the city’s Historic Preservation Committee. Chairman Kiernan McManus and RDA members Judy Hoskins and Tracy Folda voted against it. RDA members Claudia Bridges and James Howard Adams voted for it.

During the meeting, Folda asked Grant Turner how he determined some of the costs in the project.

“This is public money, and I feel like some of the costs that you are asking for are exaggerated,” she said.

Specifically, she asked him how much he paid for the historic Stagecoach bar that was going to be installed in the tavern. In the application it was listed as an $18,500 line item.

“Are you publicly accusing us of inflating the numbers?” Grant Turner asked Folda.

“If you don’t feel free to answer, that’s fine because it’s … listed as an ineligible project. … These are public funds, and I’m asking,” she responded.

The Turners were not asking to be reimbursed for any costs related to the bar. Grant Turner said he could provide how much it cost to purchase, restore and reinstall the bar but he wanted to know if she was accusing them of inflating the numbers of their bids.

“You’re asking for this amount of money for public funds from the public and you don’t think it’s justifiable,” she said.

Turner responded by excusing himself from the dais.

“I could ask about any item on there,” she said later in the meeting. “Apparently that one was a sore spot or something. I’m not sure why … I got the reaction I did.”

McManus also did not allow Grant Turner to provide any other comments during the discussion.

“Now is not the time,” he told Grant Turner when he said would be happy to answer any legitimate questions. “There is a motion and a second on the floor. This is a time for discussion by the board members.”

He asked again later to speak about the project and McManus said he could not.

“Because of this and other things, we are pursuing a defamation lawsuit along with an ongoing discrimination lawsuit. … To be publicly accused of padding the numbers, it’s irresponsible, ” Grant Turner said after the meeting. “I’m just disgusted by it. … This kind of behavior can’t continue.”

McManus, Hoskins and Folda expressed concern about the building’s historic architecture being preserved because the front door needs to be moved to bring it into compliance with the Americans with Disabilities Act and current building code.

Alan Stromberg, architect for the project, said even if they didn’t move the door and kept it in the center of the building, it will still need to be recessed approximately 7 feet to create enough space for a ramp.

“It won’t look the same no matter what they do. … Moving that door to the right, the higher end of the sidewalk, is absolutely critical to make the inside of the building work,” he said.

Grant Turner had removed the cost of relocating the front door for reimbursement prior to the meeting.

Adams and Bridges agreed that some changes to historic items were necessary to make the building compliant.

“In the end, what is important is that we do work to preserve and to make sure that what we are getting at the end is to the best of our abilities to meet the Secretary of Interior standards,” he said. “There are going to be conflicts with ADA compliance and with historic preservation. It’s well noted in the Secretary of Interior standards where it can sometimes. … The ADA does often trump those historic preservation efforts.”

Hoskins and Folda said they thought the project fell more in line with a traditional RDA grant.

“I’m really concerned about this whole thing. … I think it’s more of an RDA thing than historical RDA,” said Hoskins. “I’m concerned that the questions that Ms. Folda has asked were not answered, and I’m just a little bit concerned with the whole situation.”

A traditional RDA grant allows for up to 30 percent of eligible expenses to be reimbursed for renovating historic buildings downtown. The historic preservation RDA grant provides a possible 50 percent reimbursement for eligible repairs that preserve the building’s architecture. Applicants can only receive one grant.

“I think it sets a bad precedent,” said Folda. “I think that anyone on Main Street after this would say, ‘I’m doing a remodel, too, and as long as I add some ramps then you’re going to cover 50 percent of my project.’”

Bridges and Adams said they were worried about just the opposite.

Bridges said by denying the motion the board was saying they were actually going to be “really, really picky” about who it funds and if they don’t want to “follow exactly what it is, whatever that looks like, then we are going to get people building” whatever they want.

“I think what we have come to is a point where we have an applicant who is very accommodating to make sure they can do whatever they can to preserve and maintain as much of that building as possible, knowing some of that will not be possible because of ADA requirements,” added Adams.

After the meeting, Grant Turner said this denial showed everyone that historic preservation isn’t important to McManus and damaged the reputation of the city’s Historic Preservation Committee, which has twice reviewed and approved the project.

“He just undid years of work,” he said of McManus.

Grant Turner said he plans to reapply for the grant, including an additional $63,032 for the second phase, in July when there is a council “representative of the city.” It will also be a new fiscal year.