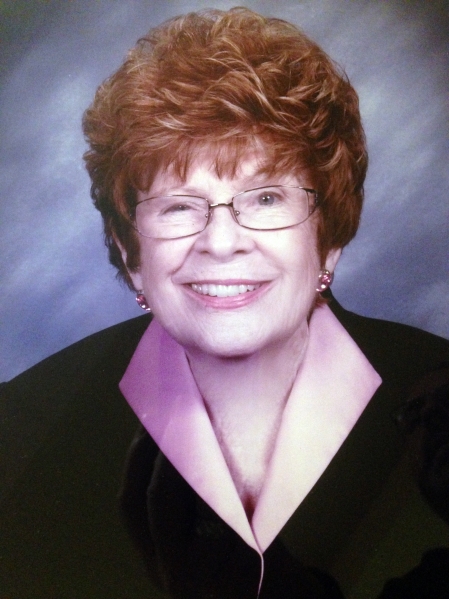 When the Rev. Marjorie Kitchell is reminded that her tenure as the senior pastor of Christian Center Church is coming to an end after 48 years, she chokes up and begins to laugh.

“It’s actually been 48 and a half,” Kitchell replies sarcastically as she clears her throat.

The cadence in which Pastor Marjorie, as she is affectionately known, describes her time as a pastor and how she came about devoting her life to serving the lord is poetic and, quite frankly, beautiful.

Kitchell was born in Sweet Springs, Mo., and moved to Altadena, Calif., where she began to serve the Foursquare Church shortly after at a young age. Her family was deeply rooted in the Christian Church, so for Kitchell, it seemed second nature to want to pursue a career as a pastor so early on.

Looking back on her career now, when retirement seemed many moons away for Kitchell, the road to the promised land was not always paved with acceptance and open doors.

Kitchell moved from Altadena to Boulder City in 1967 because of her desire to get away from the big city and settle down in a much smaller town. For someone who spent her entire life soaking up the Southern California sunshine, this change of scenery provided Kitchell a chance to step on foreign soil and continue doing what she was so passionate about.

When she arrived in Boulder City though, the church group of ministers had its own association, which at the time, had no women in it. The obvious paucity of female acceptance 48½ years ago left Kitchell reluctant to join, and quietly doubting whether she made the right decision on moving to Boulder City.

“At first they pushed me away because I was a woman. I was starting to question if I even wanted to do it anymore. But little by little I won them over and here I am today,” says Kitchell with indisputable triumph in her voice. “It took three or four years but I eventually became the president of The Foursquare Church. I knew everyone at the time took a breath of relief when I stepped up to the plate.”

Since then, Kitchell has been re-elected three times and has held the position up until her retirement this month. Not only has she been the president of the church, but she is also the past Boulder City Police chaplain; has served on the Boulder City Juvenile Conference Committee; is the past president and a current member of the Boulder City Ministerial Association; and served as divisional superintendent of Foursquare churches in the Henderson and Las Vegas areas.

Unfortunately, for the past couple of years Kitchell has been battling with osteoporosis, which causes the bones to become brittle and fragile. This disease has ultimately had a part in influencing her to retire.

Filling in as her successor will be the Rev. Kevin Dolbee, whom Kitchell has mentored and spoke very highly about; he has been with the church since 1997, serving as the youth pastor. For Dolbee, his greatest joy comes from seeing other people serve the lord and the transformation that takes place when they do.

“My biggest goal is making sure we are taking care of people in need,” said Dolbee, who is also a dedicated husband, and father of three. “Marjorie has been there for 48 years and has done some wonderful, amazing things, and served the lord with passion and done a phenomenal job.”

As the Christian Center Church moves on without Kitchell starting in 2016, she will continue to love and show her support to the city in any way that she can.

“The greatest part about working in Boulder City has been the people; I love the whole town,” she said.

Christian Center Church is a at 571 Adams Blvd. and will continue to meet at 8:15 a.m. for traditional services, and at 9:45 for a contemporary service on Sundays. Midweek services will be held at 7 p.m. Tuesdays.