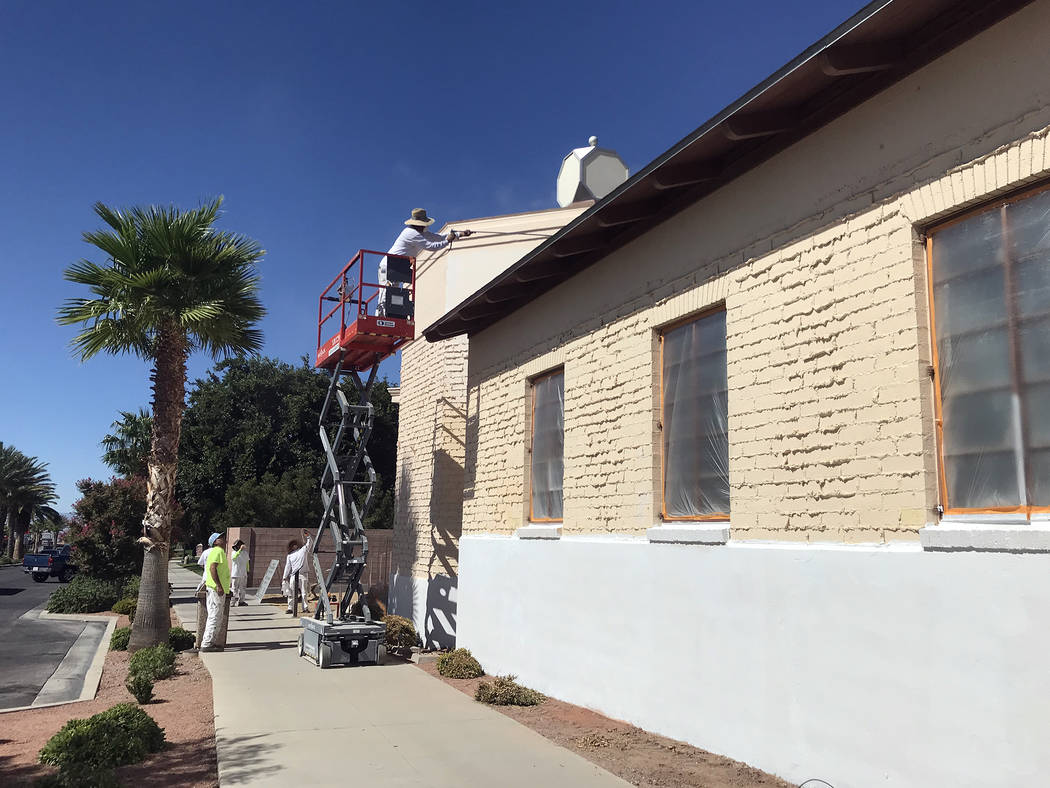 The Los Angeles Department of Water and Power building in downtown Boulder City has a new coat of paint for the first time in more than 30 years.

City Council approved the $123,000 contract at its May 14 meeting to have Fix Painting paint the exterior of the building. The company started the work Aug. 19 and completed it six days later.

According to City Engineer Jim Keane, the money for this project came from the city’s general fund.

“There are no additional improvements planned for the building, but the city replaced 16 broken window panes in addition to the painting,” he said.

The building, 600 Nevada Way, is one of Boulder City’s historic properties and houses local nonprofit Emergency Aid of Boulder City and hosts special events and classes offered by the city’s Parks and Recreation Department.

It was built in 1937 and is on the National Registry of Historic Places.