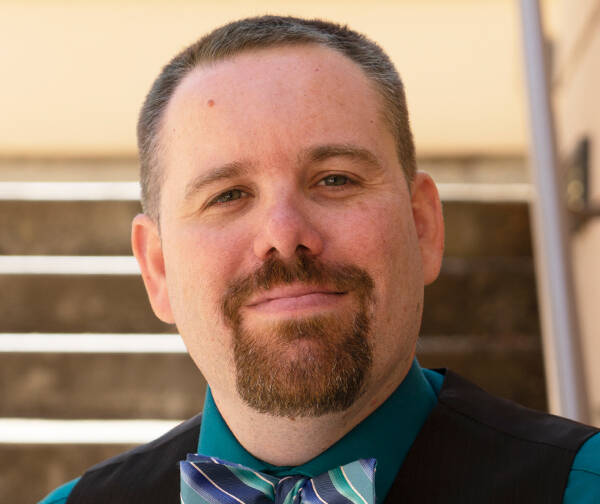 He replaces Randy Hees, who retired Sept. 30 and moved to Little Rock, Arkansas.

MacMahon will oversee the open-air museum, which preserves and displays railroad equipment of the Boulder Branch line that supported construction activities at the Hoover Dam in 1930s.

The museum works closely with Friends of the Nevada Southern Railway, the nonprofit group that runs excursion trains at the facility on Yucca Street.

MacMahon is a Navy veteran who grew up in Carson City, where he developed a love of history and a passion for education. He began volunteering at the Nevada State Railroad Museum in Carson City in 1996, working various volunteer positions, including as a museum docent. He also helped create temporary exhibits and in steam train operations.

MacMahon holds a doctorate in history with an emphasis in the environment and society from the University of California, Santa Barbara. His research areas include the history of the American West and United States. As a graduate student, he researched examined environmental settler colonialism and the creation of water policy in the state between 1840 and 1890.

He has worked as an education curator with the Las Cruces Museum System in Las Cruces, New Mexico, and as an adjunct professor of history at Santa Barbara City College in Santa Barbara, California, and California State University, Channel Islands in Camarillo, California.

His volunteer experience includes serving on the boards of the Friends of Nevada State Railroad Museum and Goleta Valley (California) Historical Society.

“Please join me in welcoming Christopher MacMahon to the Nevada state museums family,” said Myron Freedman, director of the Nevada Division of Museum and History. “The Boulder City railroad museum tells the story of a very significant time in the history of Nevada and the United States, and we are pleased to have Christopher at the helm of this operation.”