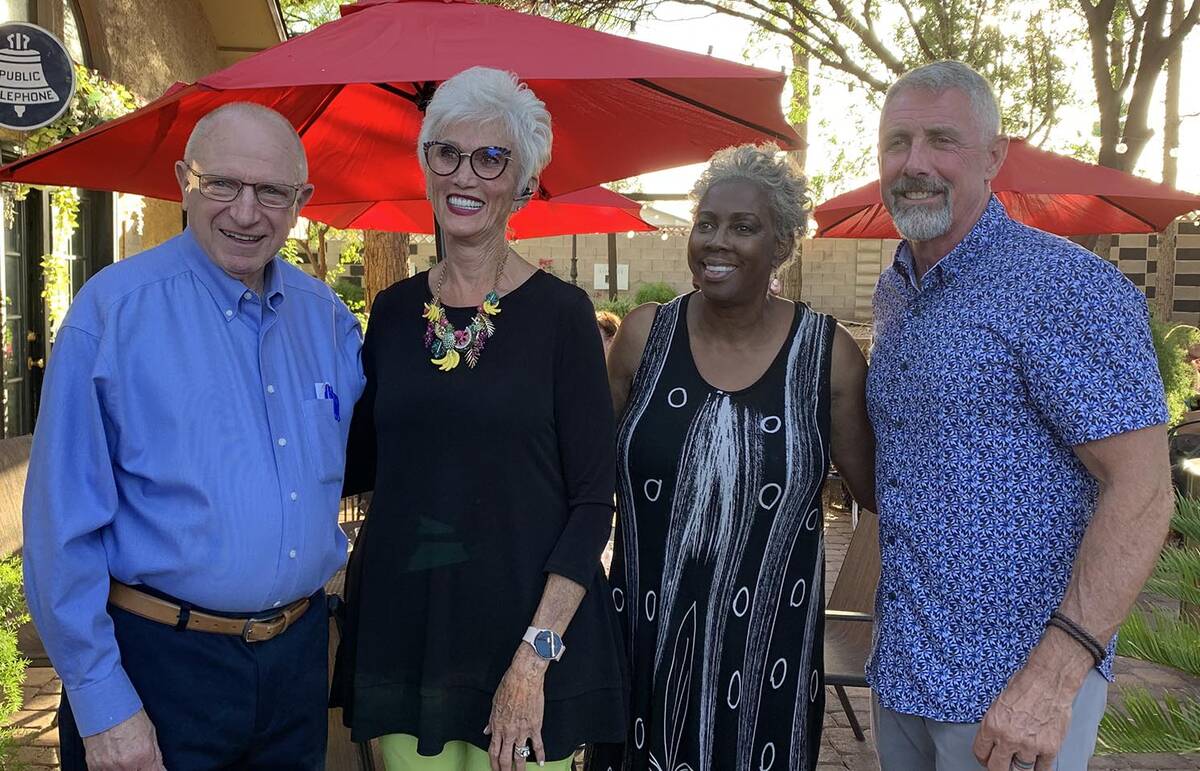 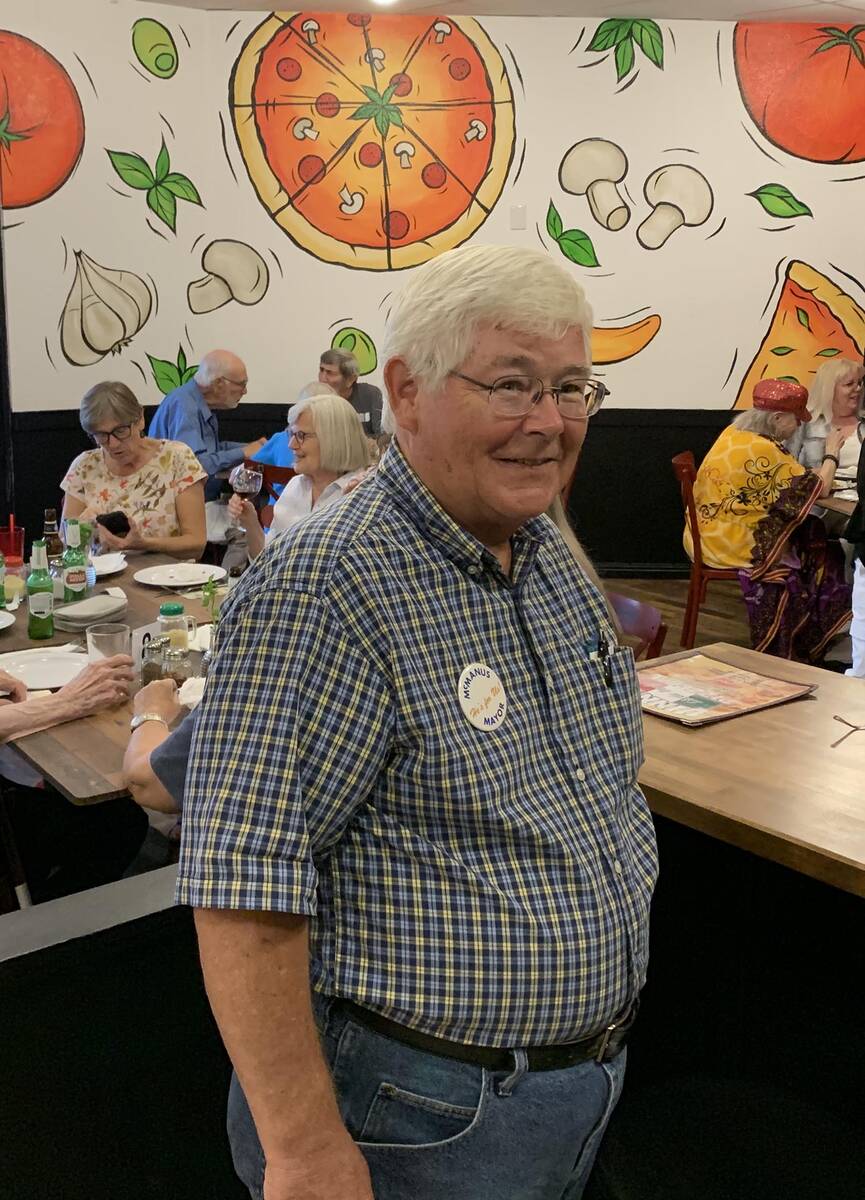 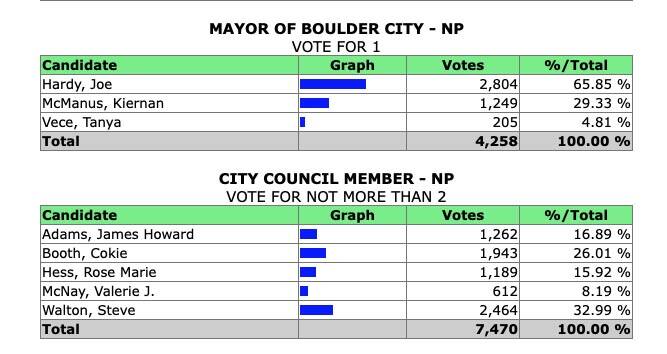 (Boulder City Review) This screenshot from the Clark County Elections Department shows the results from 12:28 a.m. of the June 14, 2022, primary election for mayor and City Council in Boulder City. 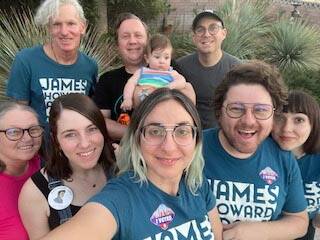 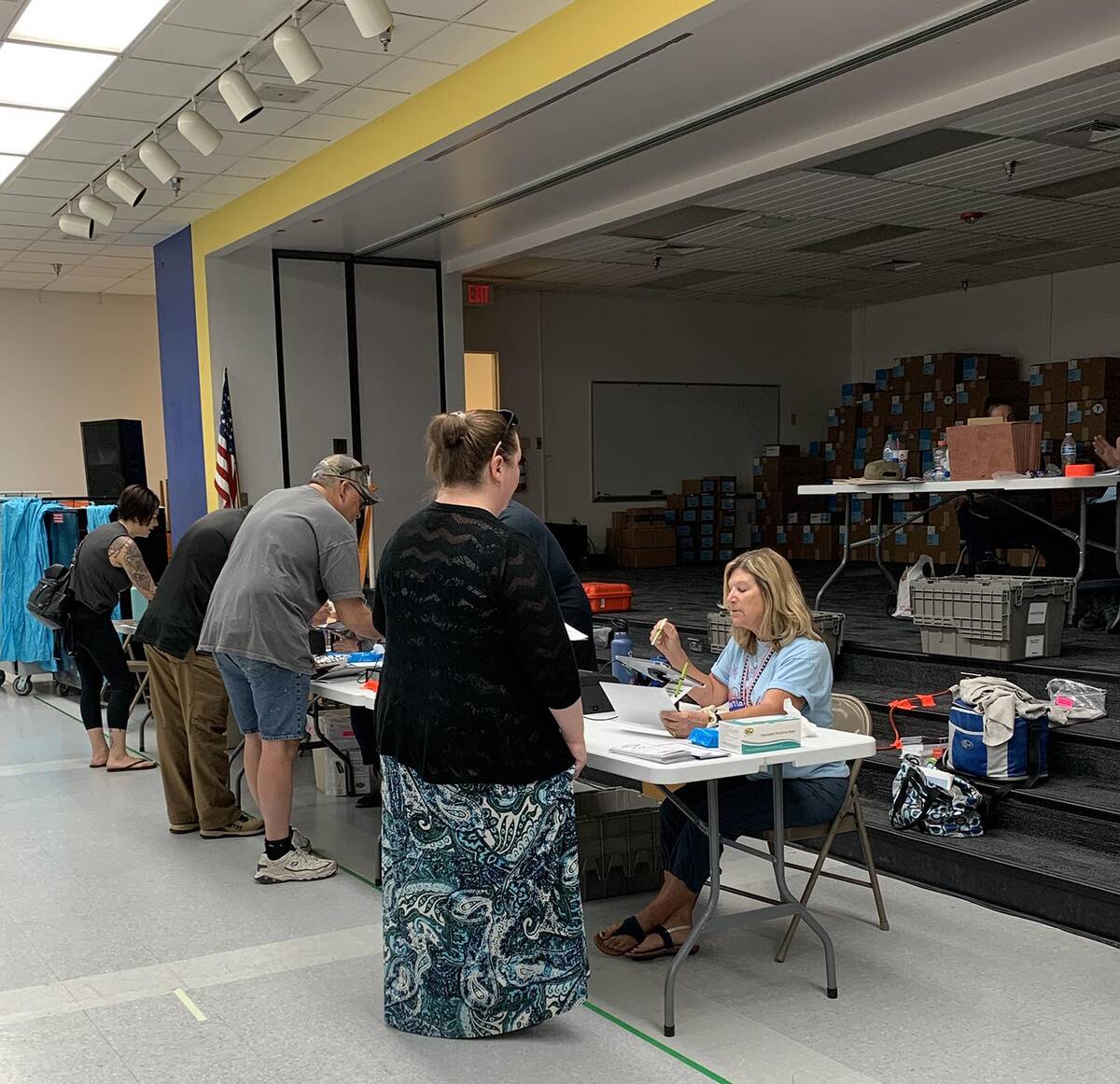 (Hali Bernstein Saylor/Boulder City Review) Voters prepared to cast their ballots in the primary election at King Elementary School on Tuesday, June 14, 2022. Volunteers reported a steady stream of voters throughout the day, with officials reporting that 337 voted at King and 862 voted at the Boulder City Recreation Center.

With 4,343 voters casting ballots so far, state Sen. Joe Hardy and Steve Walton received more than the 2,173 necessary to be elected.

With one of the two City Council positions filled, the next two candidates receiving the highest number of votes will advance to the Nov. 8 general election. Currently, Cokie Booth has 1,943 votes, incumbent James Howard Adams has 1,262 votes, and Rose Marie Hess has 1,189 votes.

According to City Clerk Tami McKay, only ballots cast during early voting, on Election Day and those sent in by mail and received through Monday, June 13, have been counted so far. She said there are a number of mail-in ballots and those dropped into boxes at voting centers that need to be counted.

Results from the primary will remain provisional until June 23. City Council will canvass the results and declare the winners at a special meeting at 9 a.m. June 24.

Hardy said he is grateful to the people of Boulder City who voted for him as well as those who didn’t vote for him. He said he appreciates the “diversity of opinion” in the community and believes that having different beliefs and discussing them openly is the best way to guide the direction of the city’s actions.

“We are not afraid to talk to each other. … As mayor I plan on listening to people. As a doctor, that’s what I do; I listen to people and help solve their problems.

“The historic nature of our town needs to be protected and respected,” Hardy said.

“I certainly believed I worked toward positive change here and did accomplish several things,” McManus said, acknowledging Hardy’s “clear” win. “The reason I ran originally for office was my concern for what was going to happen in Boulder City and that concern has certainly been renewed with results of the election.”

Before he leaves office in November, McManus said he would like to continue his work on the city’s historic preservation ordinance as well as determine how to allocate the American Rescue Plan Act funds the community has received.

Walton said one of his goals moving forward is to “unify the community and steady and temper the extremes that we have seen.” He said he, too, wants to listen to the voters and residents about their needs and concerns, noting that one of the basic foundations of his campaign was to “serve all of Boulder City.”

“I want to continue with that and being present with the community and hearing their input on the direction” that is taken,” he said.

Adams, who admits to having wanted to see a better showing in the election as an incumbent, said he plans to continue his work on City Council and will strive to make sure the community is aware of his accomplishments and voting record.

He said he believes that once people are aware of what he wants to do to better the city, “the choice will become more obvious.”

Booth said she wanted to “thank everyone who has supported and voted for me” and was being positive about a victory in the general election.

The primary election was held to narrow the fields because there were more than twice as many candidates as there were open seats in both races.

Tanya Vece was officially running for mayor but withdrew May 22 after the primary in the mayoral race was already set. Her name appeared on the ballot.

In the Republican race for the State Assembly District 23 seat, Boulder City resident Denise Ashurst, a retired Air Force veteran and founder of Pride in Purity International Ministries, appears to have fallen short in her race against Danielle Gallant of Las Vegas. Ashurst received 3,186 votes, or 37 percent, and Gallant received 3,694 votes, or 42.9 percent.