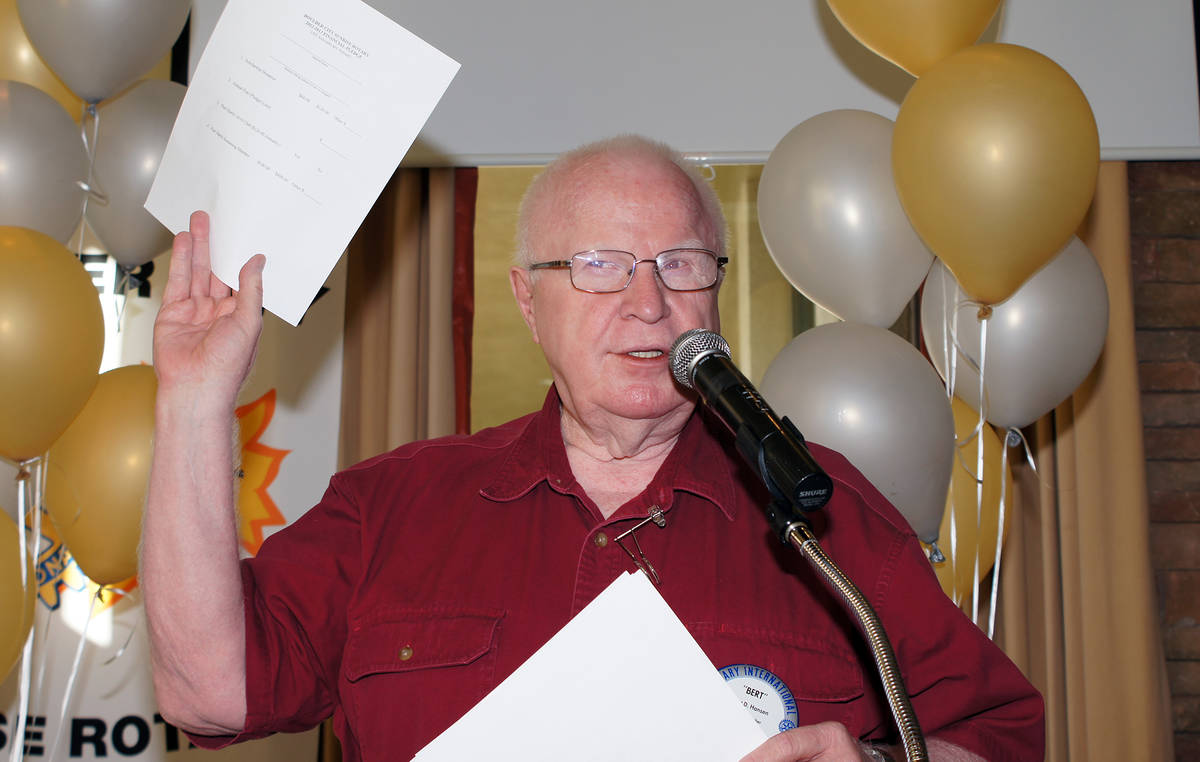 “He had stayed stable,” Penuelas said. “There were little signs of hope.”

He said Hansen’s breathing had improved but his organs had started to shut down.

Hansen was one of the founding members of the Boulder City Sunrise Rotary Club and operator of the gift shop at Hoover Dam. He was also involved with the Breaking the Cycle Rehabilitation Program in Boulder City Municipal Court.

Penuelas said he doesn’t know when a local memorial service will take place because of the current restrictions for COVID-19. He said Hansen will eventually be buried at his family’s burial plot in Albaton, Iowa.

“When that’s happening, I don’t know,” he added.

Penuelas has known Hansen since 1985 and said he will miss his generosity the most.

“I’ve never seen anyone so generous in my life,” he said. “This guy was phenomenal. That’s something I hope I can aspire to.”

Hansen was also involved with the Boulder City Chamber of Commerce and had served as its president.

Penuelas said Hansen, who was 80 years old and had diabetes, started feeling ill and having some health issues and went to Boulder City Hospital on March 26. He said he was diagnosed with double pneumonia, tested for COVID-19 and transferred to Henderson Hospital where he remained until his death.