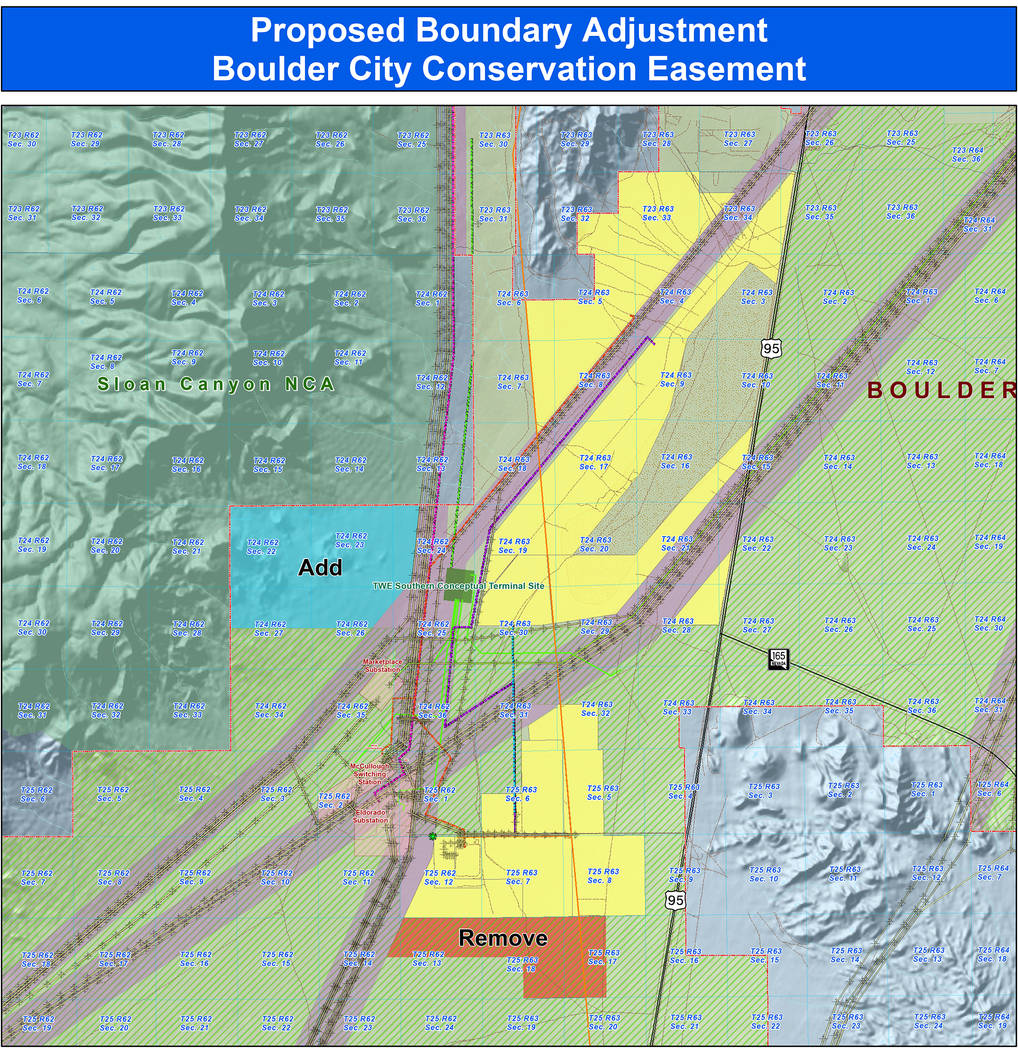 (Boulder City) At its meeting on Monday, June 10, City Council approved changing the conservation easement boundary to allow for a larger area and more solar development.

Desert tortoises in the Eldorado Valley will have a larger area to play in and live as the City Council approved an agreement with Clark County on Monday for a new boundary to the Boulder City Conservation Easement.

The easement preserves the desert tortoise habitat and regulates what is allowed within it.

“The Eldorado Valley Desert Conservation Easement is an important resource for Boulder City and Clark County,” said Al Noyola, city manager. “As part of the evaluation of the Copper Mountain 5 project, an independent ecological resource study confirmed that the land swap benefits the desert tortoise and other wildlife. This is a win for conservation, providing 60 percent more land for wildlife.”

The master plan amendment allows for the 1,155 acres, south of the existing Copper Mountain lease areas, to be designated for manufacturing-energy rather than open lands-conservation. The parcel of land will be rezoned also for energy resource from government open space.

Councilman Kiernan McManus asked whether the public is limited to using vehicles on the existing trails and roads for recreation in the new conservation area.

The council also held a public hearing on the rezoning and master plan amendment, but no one came forward to speak.

The council unanimously approved the items with a vote of 4-0. Councilman Warren Harhay was absent.

The council also approved having staff seek appraisals for approximately 840 square feet of city-owned land contained within the alleyway adjacent and east of 555 Avenue G to sell it.

According to the City Contracts/Real Estate Manager Brok Armantrout, the owner of the property at 555 Avenue G wants to buy the parcel.

Currently, the owner has an encroachment license to allow for parking, Armantrout said, noting that an unpermitted carport had been constructed there.

McManus said he was concerned with the request because of where the land was located and how it would affect other properties in the vicinity. He said it took away from the original design of that area in the historic district.

Council approved having staff seek appraisals 3-1, with McManus voting against it.

■ Approved a property transfer for Madrone Street from RPS Properties LLC to the city and the final acceptance and bond release for the installation of public improvements for The Cottages in a 3-1 vote. McManus voted against it citing concerns about possible improvements the city might have to make.

■ Heard an update on the city’s strategic plan.

■ Heard an update on the improvements study for the River Mountains Loop Trail.