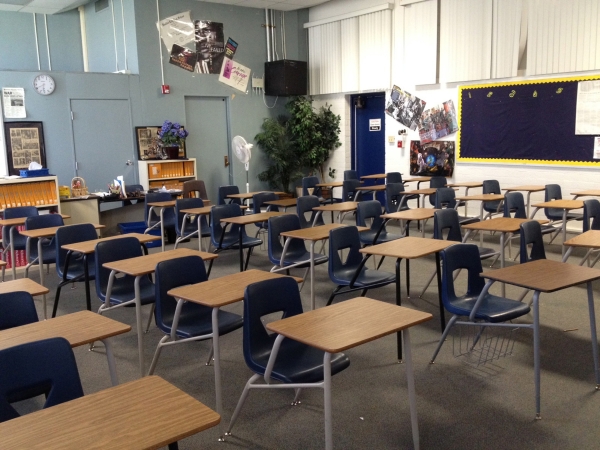 Boulder City High School will break ground Friday on its new 41,000-square-foot building complex that will be constructed in the center of the high school. The building will combine a series of classrooms, lecture halls and a complete office complex, where the office staff can be located in one centralized location instead of being spread around campus like it is currently.

“It is great to finally get this started and going,” said Boulder City High School Principal Amy Wagner. “With construction there is always problems, there always will be. You just have to have the right frame of mind. I’m super excited that we are finally getting to see this through. I am hoping once this building is completed we get to roll it to the next phase and do the theater, which would be great because that was built in the ’60s.”

According to Wagner, the last set of improvements at the school came in 2001 when they added the new auto shop, band and orchestra rooms, and computer labs. Besides those additions and other small renovations, the school has not seen any major work done to it since it was built in 1949.

The plan to build a new complex for the high school has been in the works for over a decade. When plans were finally coming together around 2008, the recession hit and funds for the new building fell through and were later forgotten about.

“We’re just happy it all came together and the waiting is finally over,” Wagner said.

One student from Mitchell Elementary, King Elementary and Garrett Junior High schools will represent their school as part of a leadership program at Friday’s groundbreaking ceremony.

They will be there to serve as the image of the future of Boulder City, and the image of who this building will serve for years to come.

Although preliminary work has been ongoing for several weeks, actual construction is set to begin Feb. 10.

Construction will be done while school is in session, but is not expected to disrupt students during learning hours.

According to Wagner construction of the new building complex should be completed by December, which will cap off a huge year for Boulder City High School, as it will also see its 75th graduating class.