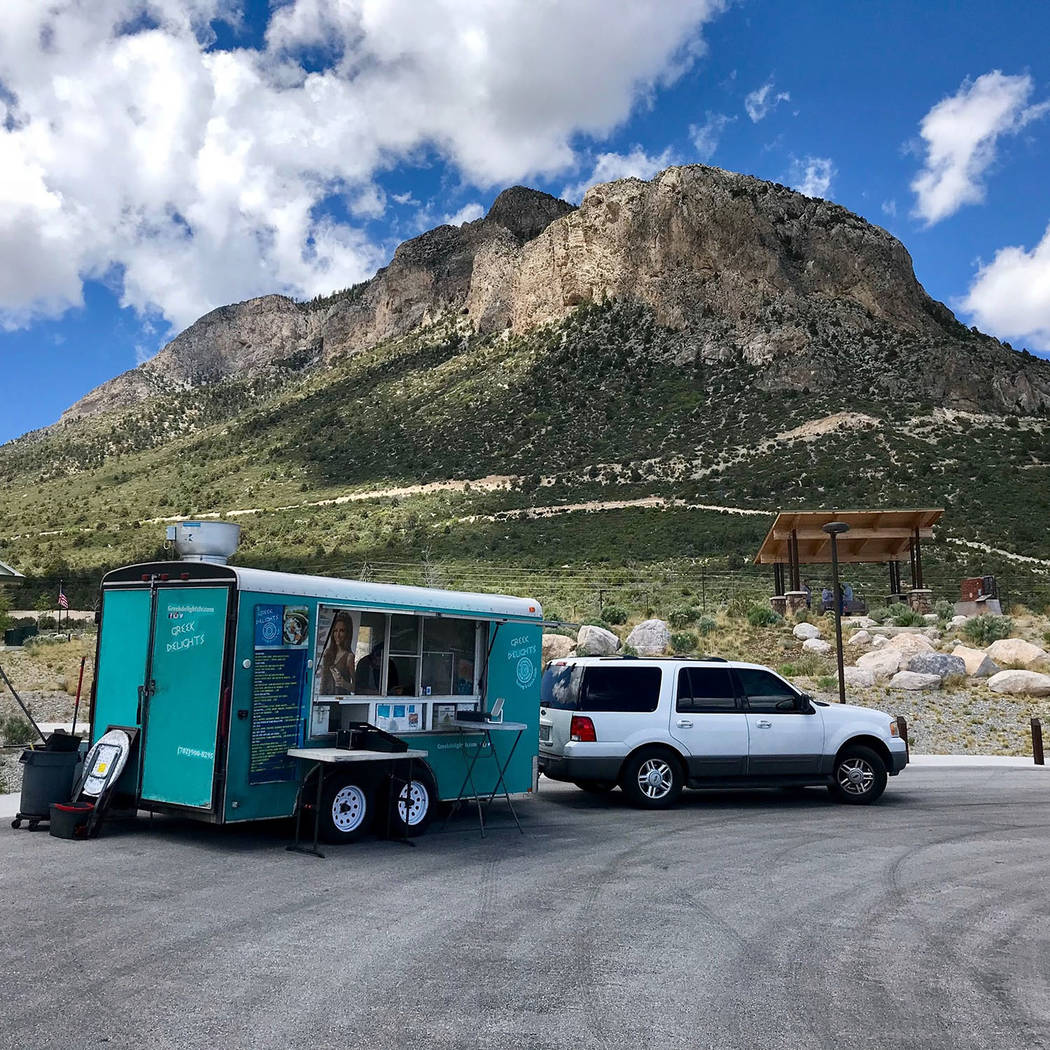 Dion Katsoris Greek Delights' food trailer will be open for business at Milo's 2 Wheels at the corner of Wyoming Street and Nevada Way soon.

Boulder City’s historic district will be getting something new in the coming weeks: a food trailer serving Greek food.

At its meeting June 20, the Planning Commission approved a conditional use permit for 2 Wheels, 567 Nevada Way, allowing two food trailers to operate on the property.

One of the food trailers is Greek Delights, owned and operated by Dion Katsoris, who was contacted by Milo Hurst, owner of 2 Wheels, about coming to town.

“I saw there wasn’t a lot of food trailers out there. … It’s a good niche in the downtown area,” Katsoris said.

He plans to serve gyros with a 70/30 mix of beef and lamb, as well as Greek potatoes, kebabs, chicken, steak, fresh salads and specials.

Katsoris said he is waiting to hear from the fire marshal and hopes to open at 2 Wheels the second week of July if everything goes as planned.

Hurst said he decided to have food trailers on his property to try to take advantage of the new interstate highway in town.

“I think Boulder City is going to change somewhat, obviously with I-11 going up around it,” he said. “I’m experimenting to see what will work and won’t work.”

So far, Greek Delights is the only food trailer that will be on the property, but Hurst could have another there in accordance with the permit.

During the Planning Commission meeting, Commissioner Paul Matuska asked whether the food trailers could be located anywhere on the property or just by the garage door as specified in the application.

“If approved, they will be at that location by the garage door,” said City Planner Susan Danielewicz.

Hurst said he planned to keep the food trailers at that location when they are on the property.

“It’s just about the only place you can bring a trailer in,” he said. “The rest of the property will remain the same.”

Commission member Ernest Biacsi, who participated in the meeting via telephone, said the city may want to consider requiring Hurst and Katsoris to come back in a year and see if the working arrangement is still viable.

“I don’t think we need a timeline because there’s ways to stop it without coming back,” said Vice Chairman Cokie Booth, who was running the meeting in Chairman Fritz McDonald’s absence.

Booth said she had been “adamantly opposed” to food trucks in the past, but she had gone to Hurst’s neighbors, who had no objections to what he was proposing. She said they referred to him as a good neighbor.

“I have changed my mind about it,” she said.

The conditional permit was approved 5-1, with Biacsi voting against it.