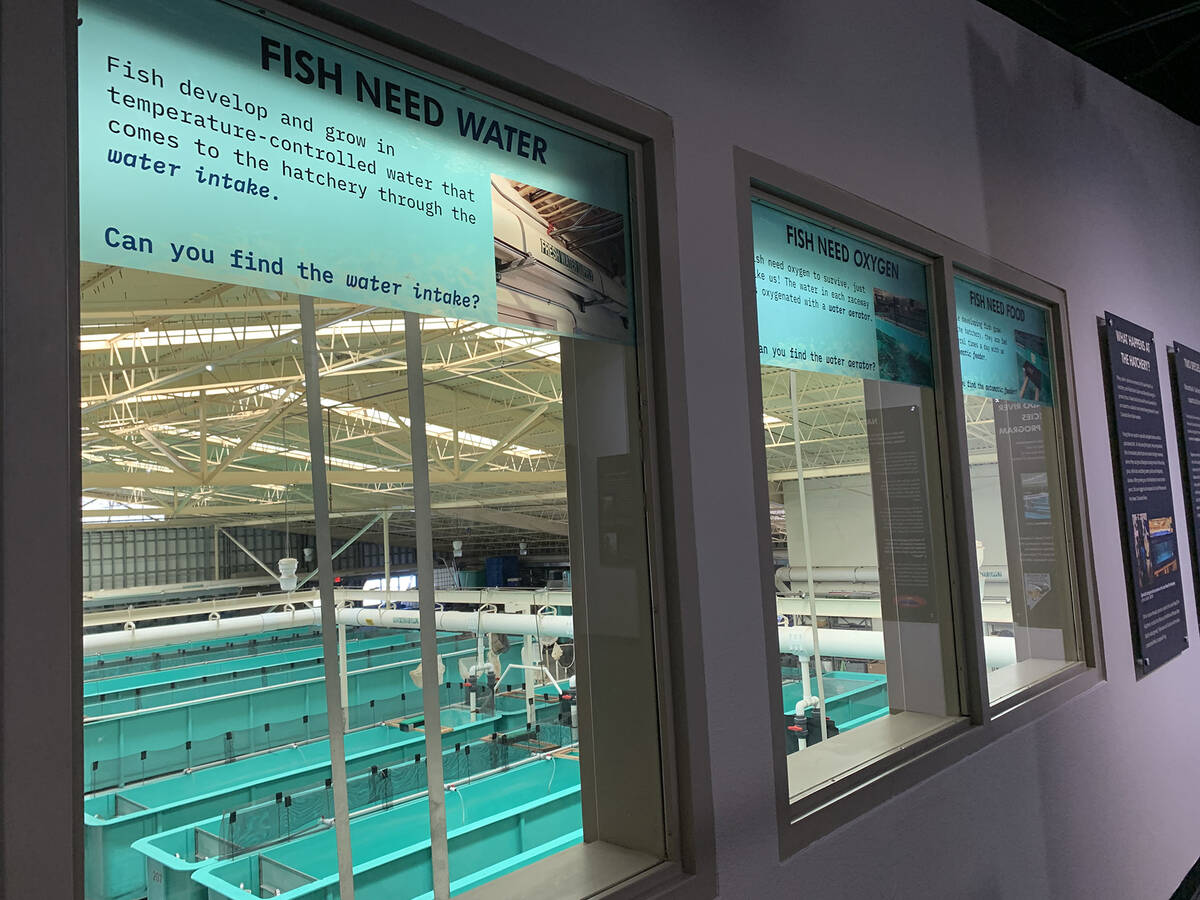 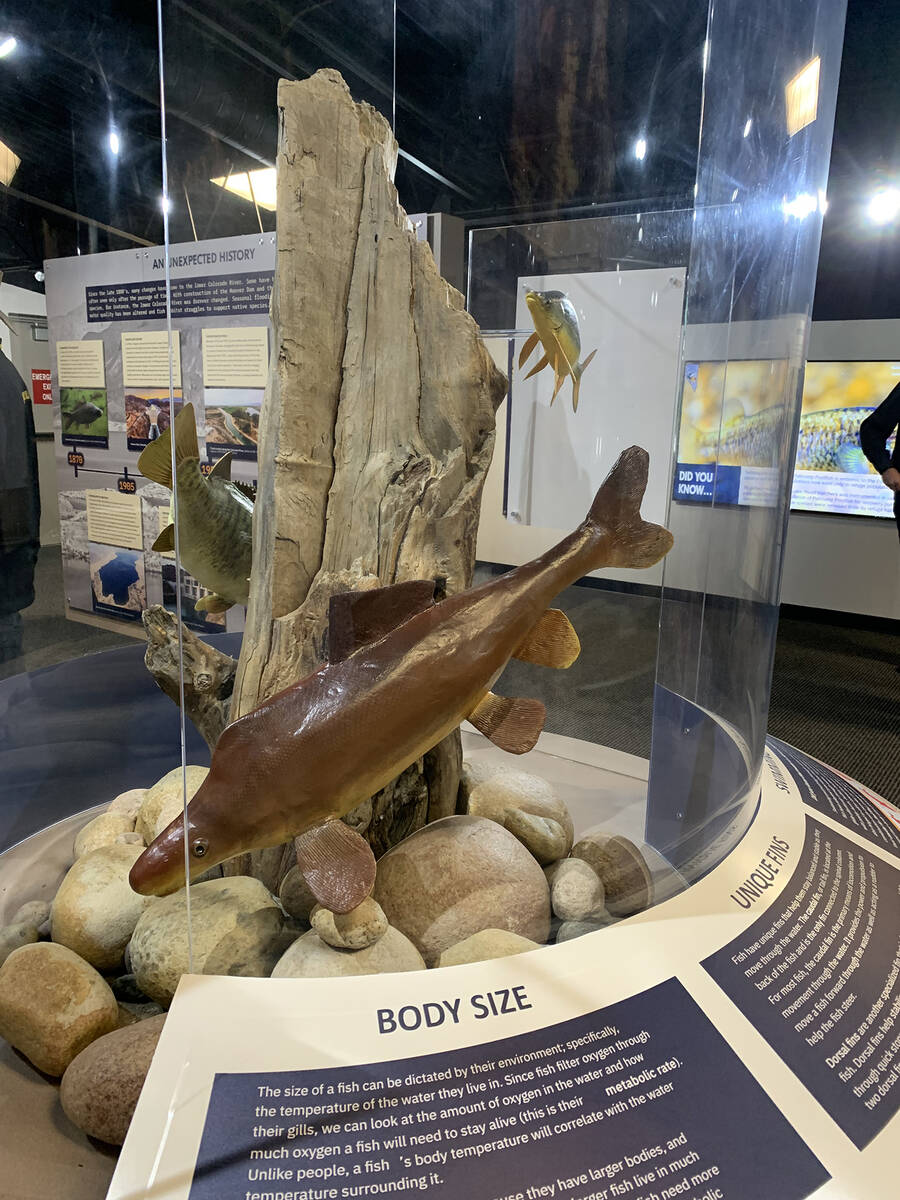 (Boulder City Review file photo) A display inside the newly remodeled visitor center at the Lake Mead Fish Hatchery features a lifesize replica of an adult razorback sucker and informational panels about the fish. A new $8.5 million federal grant will help Southern Nevada Water Authority build intakes that will pump cooler water to the hatchery.

But aid is on the way as President Joe Biden’s Bipartisan Infrastructure Law included provisions for endangered species recovery and conservation in the Colorado River Basin, and has granted $8.5 million to the Southern Nevada Water Authority.

The funding will be used at the Lake Mead State Fish Hatchery to better protect two endangered species of fish: the razorback sucker and bonytail chub. The money will help modify water intake levels, which are currently unable to deliver cool water to the hatchery due to the drought.

With low water levels, the hatchery was forced to suspend operations and remove native fish. This $8.5 million grant will be used to construct a new water delivery system that would draw cooler water from a point in Lake Mead and allow operations to continue.

“With the drought putting more pressure than ever on water projects and the environment, the investment announced today will tackle known facility needs and help assure the continued survival of endangered fish species in the Colorado River Basin,” said Bureau of Reclamation Commissioner Camille Calimlim Touton on Aug. 31.

According to the National Park Service, 21 species of plants and animals are facing extinction as Lake Mead has dropped to the lowest point it has ever seen since it was filled in 1934.

These endangered animal species, found in the Southwestern United States, according to the Nevada Department of Wildlife, are:

The popular desert tortoise is labeled as threatened.

The razorback suckers and bonytail chub are species of fish that can only be found in the Southwestern United States, primarily in the Colorado River. They have been listed as an endangered species since 1991 and are labeled critically endangered.

“Razorback suckers live nowhere else on Earth, and they are an essential part of what makes the Colorado River a vibrant, unique place. If native fish were to disappear, the only fish that would inhabit this ecosystem will be the same carp, bass and catfish that inhabit thousands of other waterways around the globe. Saving native species helps us to preserve diversity and uniqueness everywhere on Earth,” the National Park Service’s website stated.

The desert tortoise can live for over 100 years, which means there are likely some tortoises roaming the Mojave Desert that are older than the Hoover Dam itself and have seen Lake Mead’s water levels rise and fall. It is protected by law not to touch desert tortoises in the wild.

Taking to the skies, there are over 320 different documented bird species in the Lake Mead National Recreation Area.

“Why save a species? The easiest answer is that many species are important to keep around because they are critical, either to us or in the ecosystem where they live,” the National Park Service’s website stated.