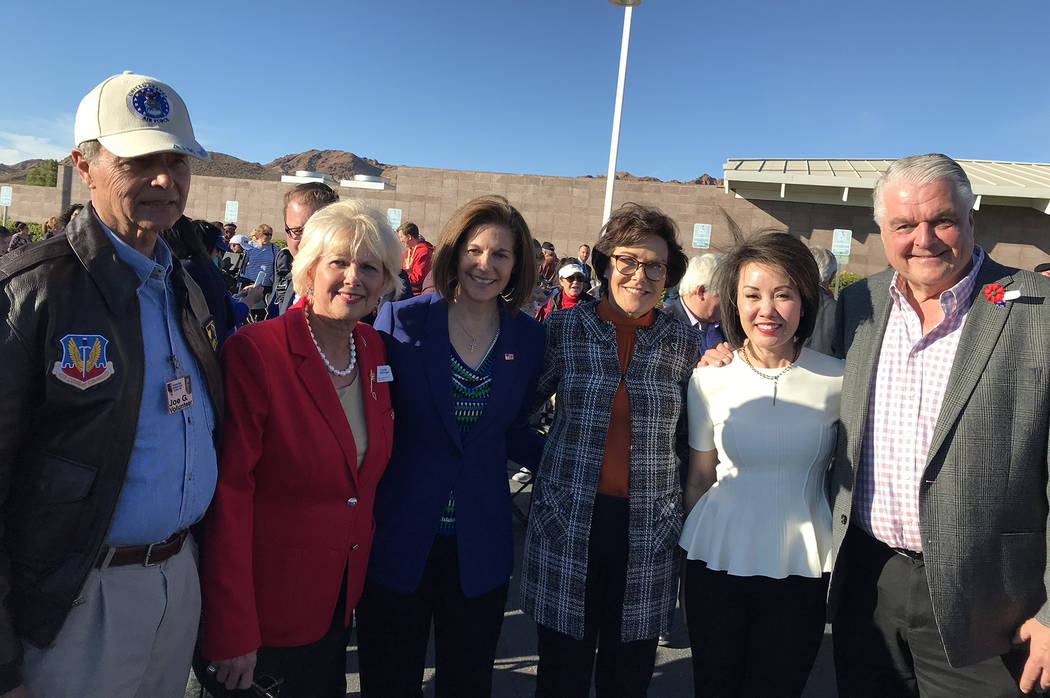 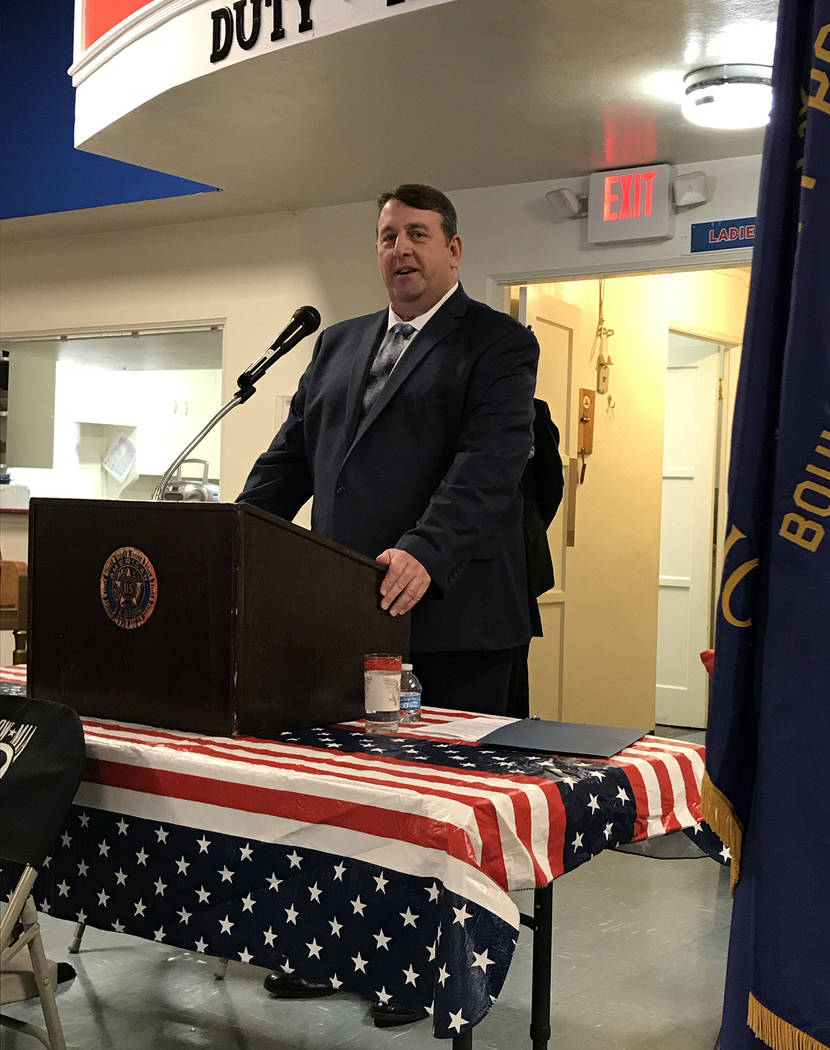 Veterans’ devotion to serve the nation while in uniform and when they return to civilian life was a recurring theme during ceremonies Monday to pay tribute to their efforts.

In return for their service, Gov. Steve Sisolak promised his full support for a complete renovation and modernization of the Southern Nevada State Veterans Home during the afternoon ceremony at the Boulder City facility.

He said he would like to see the equivalent of the newly built veterans home in Sparks with its state-of-the-art monitoring technology in Boulder City.

“All of Nevada’s veterans deserve this high level of modern care, no matter where they live,” he said.

He said the renovation is in addition to four projects already underway, projects to improve the safety for staff and residents, improve air-conditioning systems, upgrade nurse call systems and replace all beds with wider, more comfortable models.

“Families serve too,” he said noting their sacrifices with the uncertainties that come while their loved ones are deployed and frequent moves that often come from being in the military.

He also announced a new initiative to locate every veterans or military memorial in the state. It will provide GPS coordinates so that the memorials may be visited and maintained.

Sisolak concluded his remarks with an emotional reading of a letter from a 15-year-old girl named Carly that he received at the Veterans Day parade in Las Vegas earlier that day, sentiments he said he felt were appropriate.

After thanking the veterans for their sacrifices and honoring their bravery, she told them to “Find something beautiful in your life every day. You can always find light through the darkness — even on worst days. Never forget: You are my hero.”

Col. Troy Armstrong, commander of Nevada National Guard’s 17th Sustainment Brigade, also provided keynote remarks at the ceremony, paying tribute to those who have served and are serving now while calling for better resources to help veterans return to civilian life “without falter and without fail.”

He ended his remarks encouraging all people attending the event to shake the hand of a veteran.

Bob Garlow, past state commander of the Veterans of Foreign Wars and quartermaster/adjutant of Cpl. Matthew A. Commons Memorial Post No. 36 in Boulder City, which sponsored the service, said just like a hand that needs all five fingers to make a fist to defend oneself, the military relies on all five branches of the service — six if counting the Merchant Marines — to defend the nation.

Earlier in the day, Glenn Feyen, commander of American Legion Post 31 in Boulder City, praised veterans for their devotion to defending the nation’s freedoms as they “fought with their minds and hearts as well as their bodies.”

The post saluted and thanked veterans during a ceremony at 11 a.m. Monday, Nov. 11, paying tribute to origins of Veterans Day, recalling that the armistice to end World War I was signed at the 11th hour on the 11th day of the 11th month.

Keynote speaker was John Yanni, who retired from the Air Force in 2006 after 23 years.

He said he appreciates and respects the examples of patriotism and service veterans provide for the nation even after they are out of uniform.

“They become role models as first responders, council members and volunteers,” he said. “Veterans are the first to help, the first to serve.”

The ceremony also included a tribute to POWs and MIAs by Dawn Walker, second vice commander; and performances by vocalist Norma Barth, accompanied by pianist Vickie Massie; the American Legion Auxiliary Patriotic Singers, accompanied by auxiliary president Linda Graham at the piano; and a singalong with Navy veteran Tom Burke, who played the harmonica.

Graham also presented a short history of the military’s reverence for saints, particularly St. Michael the Archangel, who fought a dragon to defeat Satan. She had medallions with St. Michael on them available for those who wanted them to pray for those on active duty.