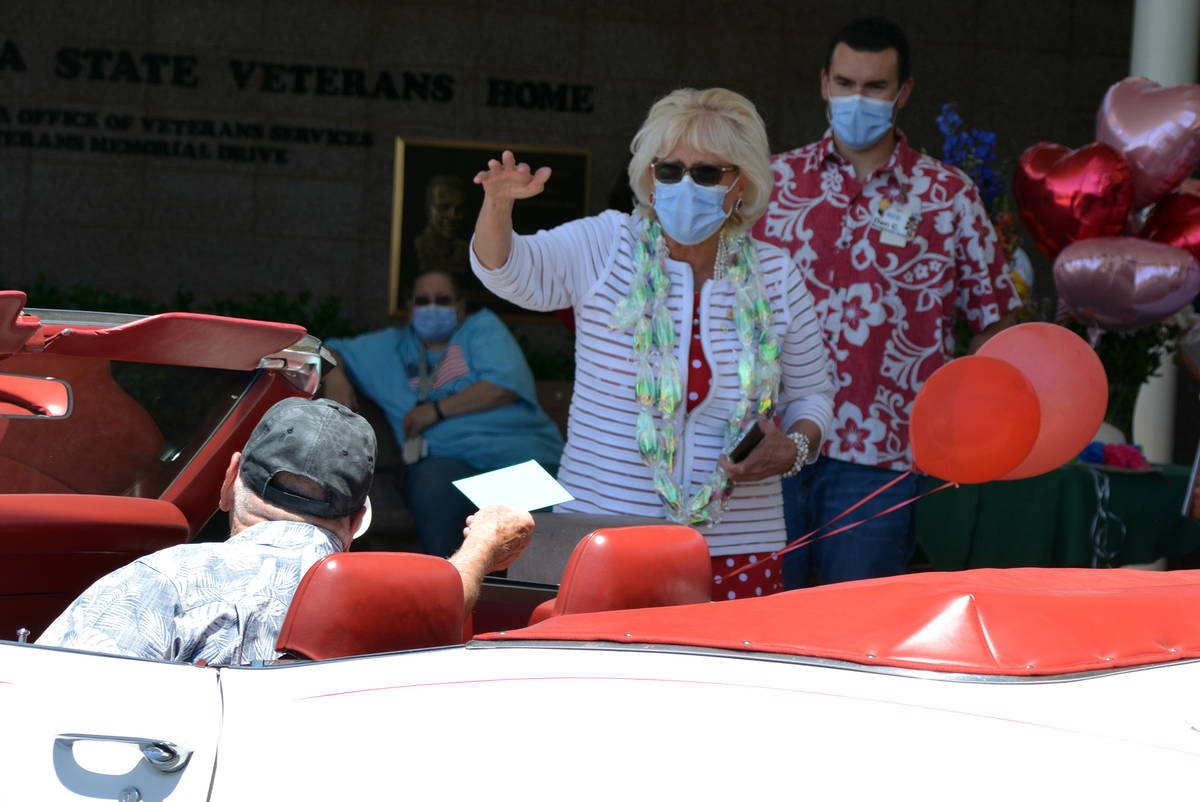 Celia Shortt Goodyear/Boulder City Review Linda Gelinger receives a card during a parade held in her honor Friday, May 15, at the Southern Nevada State Veterans Home in Boulder City. Gelinger retired and Friday was her last day on the job. 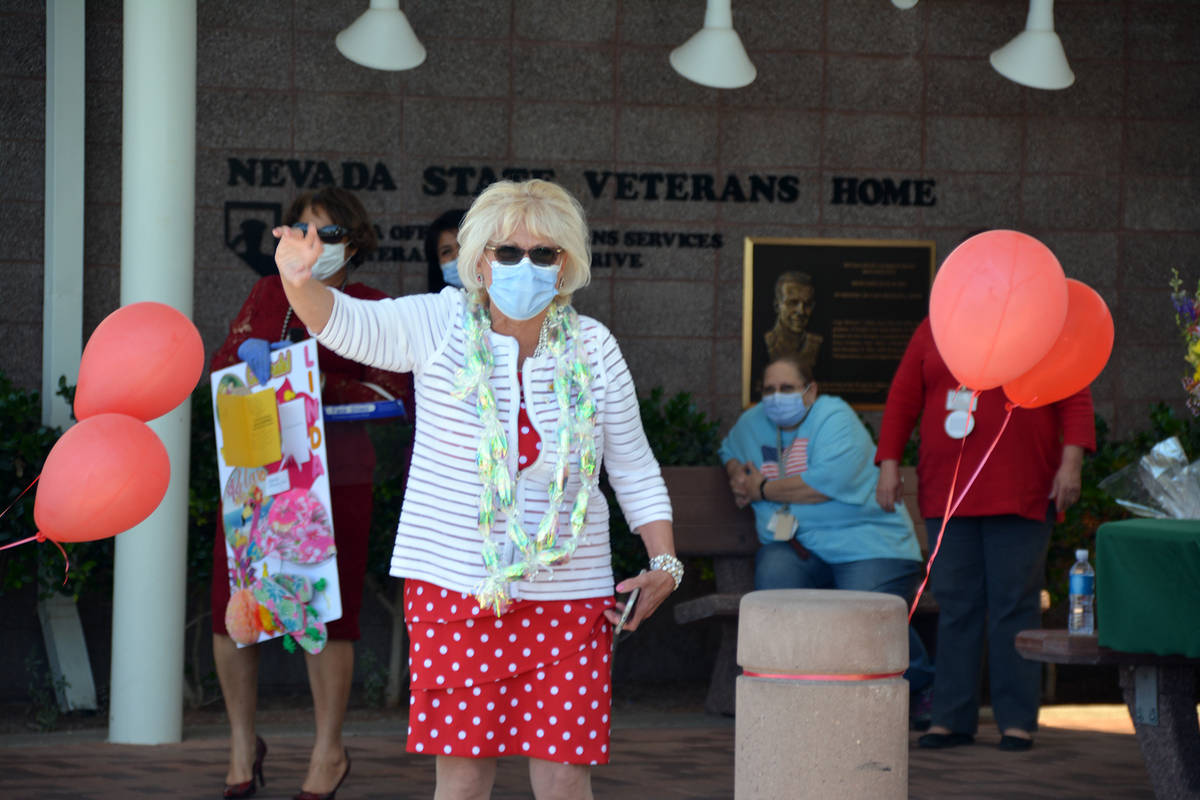 Celia Shortt Goodyear/Boulder City Review Linda Gelinger waves at a car during a retirement parade for her Friday, May 15, her last day as administrator at the Southern Nevada State Veterans Home in Boulder City. 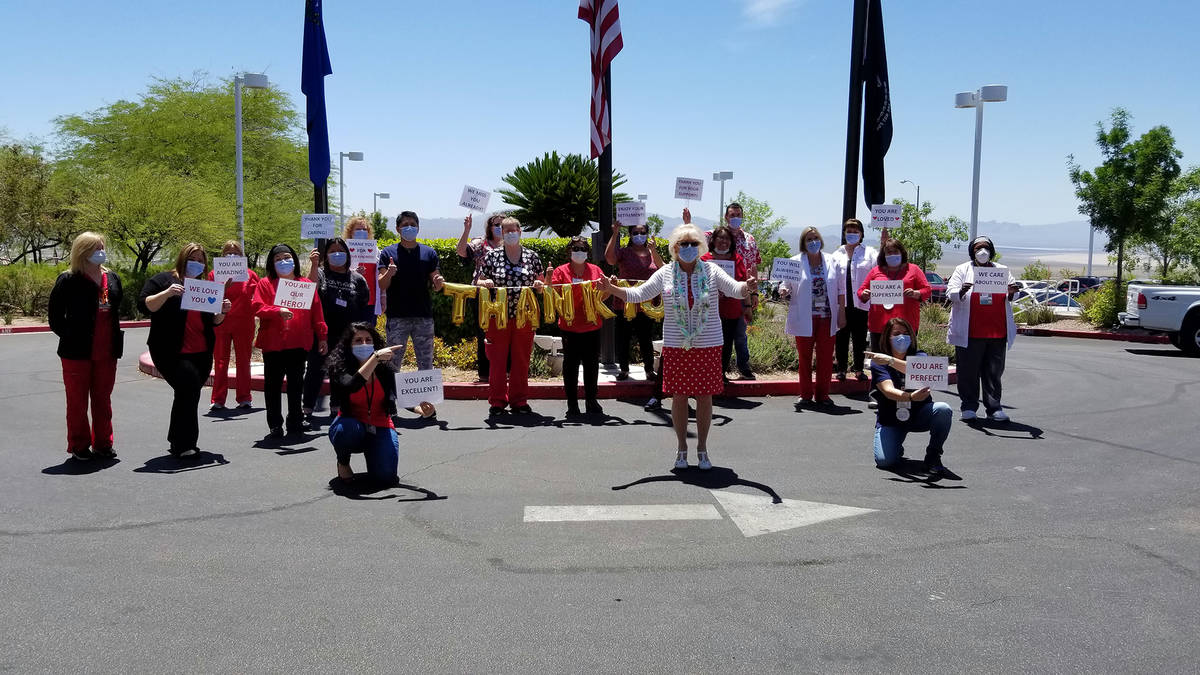 After 51 years caring for the nation’s elderly, she retired Friday, May 15.

“I felt very honored to be there,” she said about her nearly five years at the veterans home. “I felt like it was a great way to go out of my career, honoring the veterans.”

Gelinger said working at the veterans home was especially meaningful to her because it gave her a way to honor her late brother, Frank Joseph Lukitsch Jr., who was killed in Vietnam during the war.

“He had two children when he was killed. … I had a hard time dealing with his death. We were two years apart,” she said, her voice wavering as she fought back tears.

Additionally, her husband is a retired Air Force lieutenant colonel.

“Just honoring the military and the men and women that served makes me so proud.”

Gelinger said she is looking forward to becoming a “traveling grandma,” spending time in her motor home and visiting her four children and nine grandchildren in Las Vegas, Reno and St. Louis.

“Since this came about (COVID-19) it really makes you want to spend time with them. It’s what is important in life.”

Gelinger started her career in nursing homes after getting married. Her husband’s family owned and operated facilities in St. Louis.

“I started out in the activities department and it just blossomed,” she said, noting that she eventually purchased and operated a home that her husband’s grandparents ran for years.

She moved to Nevada while working for Del Mar Gardens in St. Louis, transferring to its facility in Henderson.

She said she found working in nursing homes rewarding because it allowed her to make a difference in people’s lives.

“Whether it be something small or something big, whether it be a resident or a team member, I always wanted to make a difference,” she said.

Under her leadership, the veterans home received numerous awards, including five-star ratings, the highest possible, by the Centers for Medicare and Medicaid as well as from U.S. News and World Report, which evaluated more than 15,000 homes nationwide.

She praised the Nevada Department of Veterans Services and her staff for their support and hard work and the “amazing volunteer program.”

“The team members I worked with are the very best I’ve ever worked with. Every one of them is amazing and worked so hard. You can just feel how everyone feels about veterans and their families,” she said. “I am going to miss the veterans and my team members.”