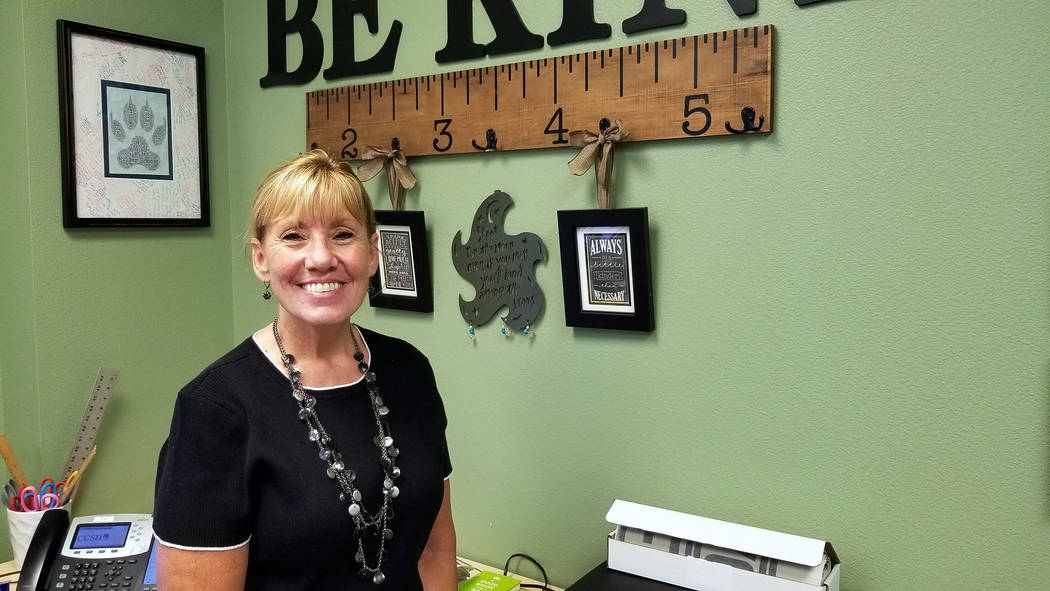 Melanie Teemant, who grew up in the small town of Palmer, Alaska, took the helm at Garrett at the beginning of this school year, replacing long-time principal Jamey Hood, who retired in June.

“It was like going home for me,” she said about working at Garrett. “I love it … . It’s just been like walking into family.”

Teemant said growing up in Palmer was a lot like Boulder City. There was an active and close community, and there were two elementary schools, a junior high school and a high school all close to each other.

Teemant said she was drawn to the job because it’s in a small town and has a strong community of students, parents and teachers.

“That’s what we try to do at a school, try to make it a community of learning,” she said.

Teemant originally studied journalism and broadcasting in college, but she left school after she met her husband. They married and had four children. She went back to school in 1993 at the UNLV. She graduated in 1997 and started teaching for the Clark County School District.

Since then she has been a teacher and an administrator at several elementary and middle schools and was named Nevada Teacher of the Year in 2007.

Prior to coming to Garrett, she served as assistant principal at Twitchell Elementary School in Henderson for three years.

As Garrett’s principal, Teemant said she is cognizant of and wants to honor the school’s traditions and build partnerships between it, the community and the other schools in town.

“It’s engaging the community to help us grow,” she said.

Teemant said she wants to do that by having collaborative projects with the other schools and businesses as well as creating opportunities to utilize innovative approaches to learning with today’s technology. For example, many students today like playing video games, “so why not try to use that as a platform to learn design and computer coding?”

“We need to find ways to incorporate the things they love,” she said.

Additionally, Teemant said she wants to update the technology at the school and will work to find grants and other resources to make it happen.